Holy Cow! Can Anthony Weiner REALLY Be This Stupid? 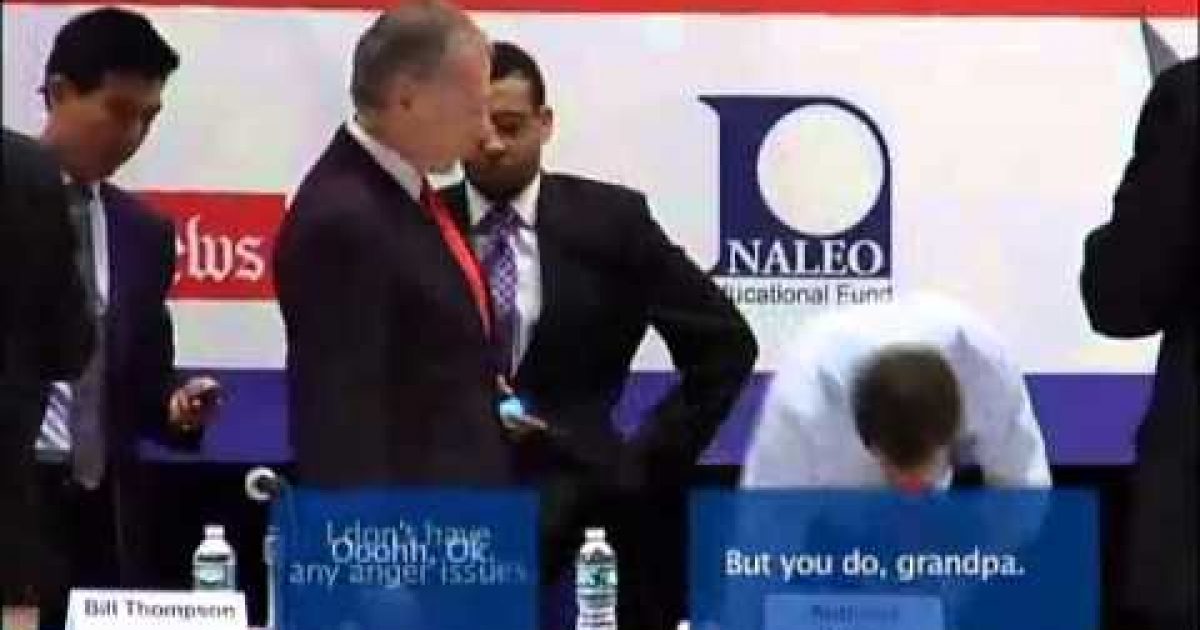 If you think that getting caught in a sexting scandal, being forced to resign from Congress, running for mayor and having your campaign destroyed by another sexting scandal is the extent of Anthony Weiner’s stupidity–you ain’t seen nothing yet.

Today the self-destructive Weiner was at a forum for Mayoral candidates sponsored by AARP the progressive organization for senior citizens. Before he forum Weiner had a conversation with his 69-year-old opponent George McDonald. When Weiner greeted the Republican McDonald he touched his opponents chest.

“Don’t put your hands on me ever again,” McDonald said in an angry tone.

“I don’t have any anger issues,” replied McDonald.

Did he really say that? At an AARP Forum? GRANDPA?

Check out the video below:

Perhaps its time for this self-destructive nut-job to do us all a favor–drop out of this race and try and fix himself.