Hollywood Spending Big Trying To Save Mid-Terms For Democrats 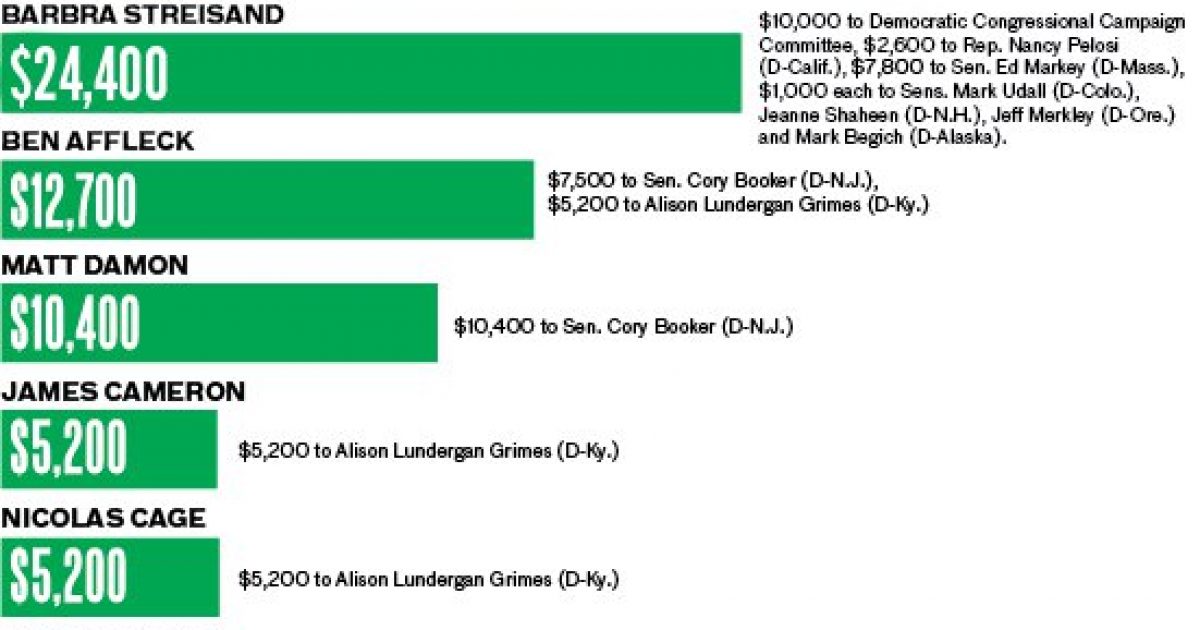 As more and more pundits are predicting a GOP victory in the upcoming mid-term elections, Hollywood liberals are digging deeper into their pockets doling out the cash to Democrats mostly targeted toward keeping the Senate in Democratic hands.

An article in The Hill Wednesday reports that “A-listers such as Leonardo DiCaprio, Gwyneth Paltrow, Julia Louis-Dreyfus and Barbra Streisand are all coughing up blockbuster bucks.”

According to “The Hill,” Streisand, a longtime Democratic donor, opened her checkbook in several competitive Senate races:

One of the biggest recipients of the entertainment industry’s dollars is Kentucky Democrat Alison Lundergan Grimes, who is in a tight battle against Senate Minority Leader Mitch McConnell (R).

While some celebrities such as NFL stars John Elway and Peyton Manning donated to Republicans, the vast majority of money went to Democrats.