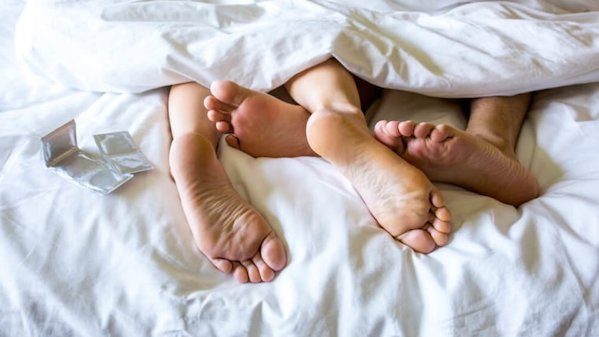 It looks like Hollywood is about to take a collective cold shower. With this card off the table, will Hollywood still have any stories left to tell? Once we’re past the panic cycle of this CCP Coronavirus scare, what will Hollywood do when strict social distancing rules are dropped? At this point, it looks like actors will not be interested in swapping spit on camera with anyone for the foreseeable future.

Action flicks won’t miss it much. You can always just ramp up the chase scenes, fight scenes, and pyrotechnics to make up the difference. However, sweat, spit, breath, and occasional blood are also easily exchanged in action/fight scenes. So who knows— they may be next.

But where is this going to leave the rom-com and other romance-driven, or steamy genres of flicks?

The future of steamy sex scenes in Hollywood movies or TV shows is hanging in the balance as the entertainment industry braces itself for new stringent rules associated with the spread of COVID-19.

DailyMail.com has learned that many actors have expressed concern about filming scenes involving kissing or intimacy in future projects once social distancing restrictions are lifted.

And major entertainment insurers are already drawing up new policies to protect A-list talent, on and off camera, which will likely lead to stars and production staff having to take coronavirus tests before stepping on set.

Long story short, panicky actors/actresses, their agents, and bean-counting insurance companies have bought into the panic and are afraid of the risk.  No word yet on whether this will have any impact on the infamous Hollywood’ casting couch, But since Harvey Weinstein went to jail, thankfully, the casting couch is not as popular. 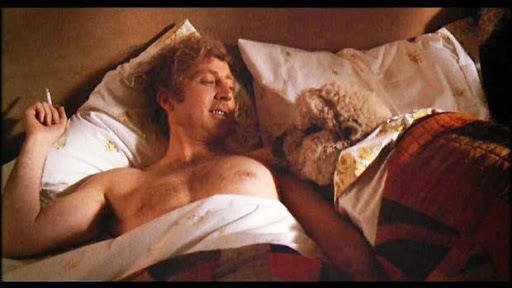 Gene Wilder in “Everything You Wanted To Know About Sex”

And the film will be changing. For at least the short term, anyway — the longer.

… studios will have to make significant changes to insurance policies to avoid costly lawsuits.

Ossenkop said some scenes may even be deemed uninsurable because the risk is too great.

The veteran Hollywood insurer also said increased medical testing will likely be implemented before productions – adding that production staff and talent will be tested for coronavirus.

‘If there are any changes to policies that we will have to implement then it is the exclusions that have already been rolled out regarding viruses and pandemics.

‘There was not a lot of coverage to begin with, but there will be no coverage when it comes to insurance on that.’ — DailyMail

That sounds like a great job. I would interview to be an intimacy coordinator unless, of course, the Hollywood cold shower doesn’t end that position.