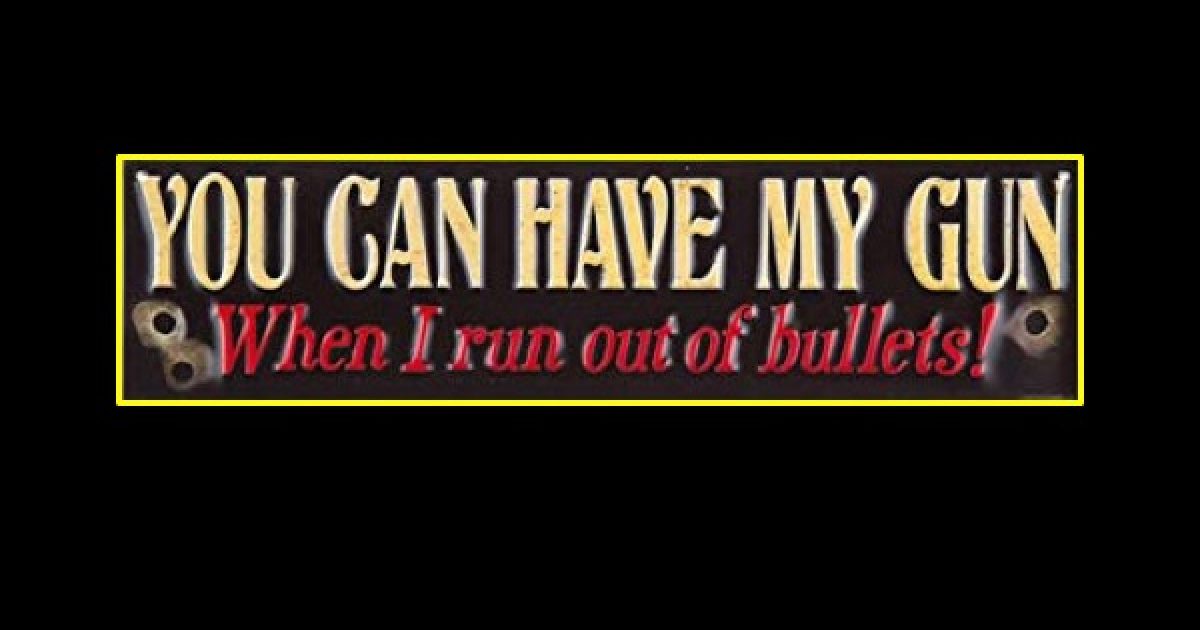 Hobby Lobby under fire once again for selling humorous signs that one anti-gun activist says “promotes gun violence,” according to Yahoo News. Leslie Ruffing from Aurora, Illinois, claims that while shopping at Hobby Lobby, she ran across signs that offended her from the “gun culture.” She claims to be a “gun violence prevention advocate.” She also has no sense of humor. Some are calling for a boycott of Hobby Lobby over her complaint.

She notified Hobby Lobby and told them she wanted the complaint to go to corporate. She got some negative feedback and made her account private, but here’s a picture of her tweet.

Not only did she tweet her displeasure, but she also claimed that she was “frightened” of the gun culture.

“We’re scared to go church, to the movies, to concerts, scared to send our children to schools. Those who contribute to this dangerous gun culture should be held accountable.” Leslie Ruffing

She wants us all held accountable because the “gun culture” is “dangerous.” The signs are well known as jokes – and unless she’s only 2 years old, they have been around for decades. She declared that that kind of sign has killed people. (Seriously). 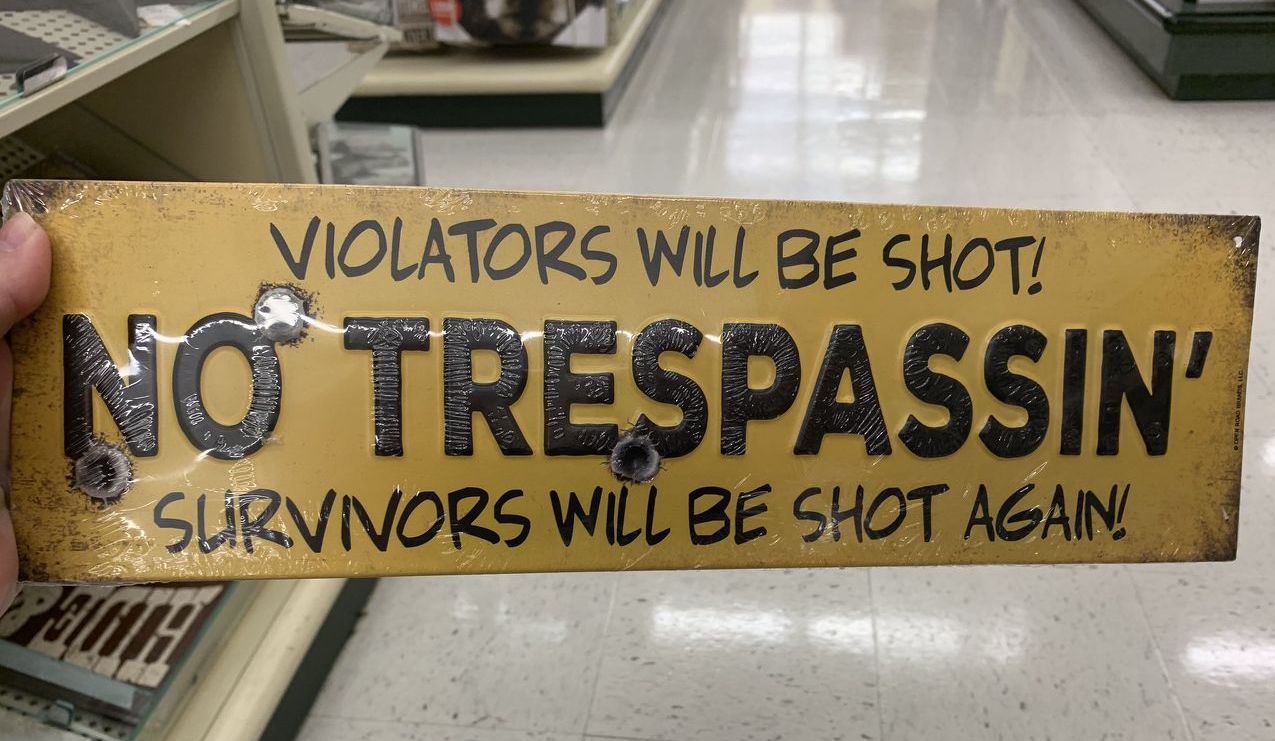 “This type of ‘shoot first, ask questions later’ mentality is incredibly dangerous to our society and leads to innocent people dying. I’d like to know how they can justify putting profits over people at a time in our country where we are experiencing more mass shootings than days this year.” Leslie Ruffing 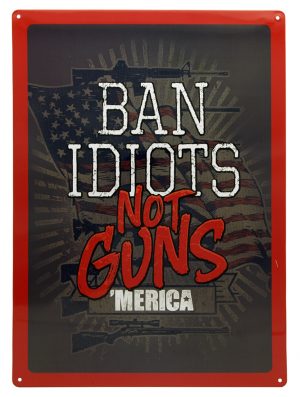 We recently wrote about the flawed research of anti-gunners. This is a huge example of precisely that. What I would like to know is why Leslie went to Hobby Lobby in the first place – most leftists wouldn’t be caught dead in that store because of its owner.

You go through life as a humorless harpy, a petulant child demanding that world indulge your whims. You clearly know something is missing from your life, so you’ve filled that void with an endless quest for outrage.

You are unable to see the humor in funny, if tacky, signs. Signs which no one is demanding that you purchase.

You shout “gun violence!” but lack the intellectual capacity to differentiate between an amusing warning that a person is prepared to defend himself and real, initiated, aggressive violence. Ironically, the “bullet holes” in the no trespassing sign would be from incoming fire; that is, someone shooting at the property owner.

Personally, I believe this was a setup. What she is trying to say is that law-abiding gun owners are “dangerous.” If 150 million or more people were really that dangerous, they’d know about it. If she wants to complain about something “glorifying murder,” she should listen to rap music. But if she lets the media run her life in this way, it’s no wonder she has no sense of humor.

But think about this: Hobby Lobby is WELL KNOWN to be a business owned by Christian David Green. Much like the furor the left has cooked up against Chick-Fil-A, this could very well be a concerted effort to cause harm to the business.

So no, I don’t believe her one little bit. The left is heavy into trying to destroy businesses, innocent people, and anyone else they determine doesn’t agree with their agenda.