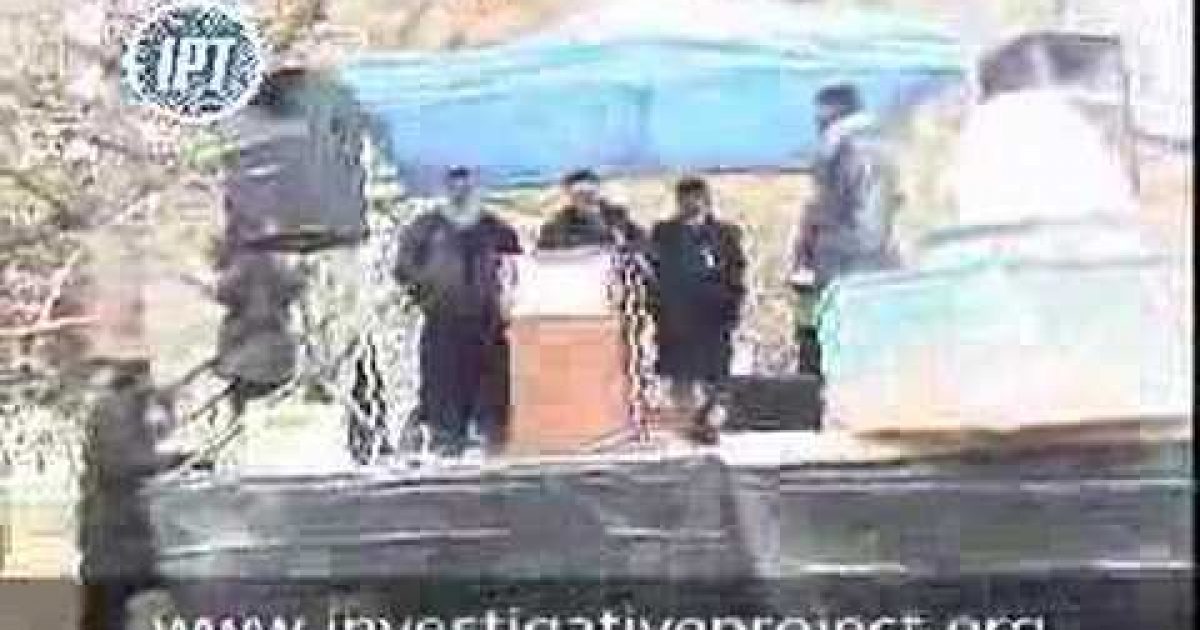 One of the reasons given for Hillary Clinton’s selection of Tim Kaine as her vice presidential selection was that Kaine “is everything that Donald Trump and Mike Pence is not.”  And she is correct while Trump and Pence are seen as supporters of Israel who fight against radical Islamic terrorism, Kaine like Ms. Clinton does not take pro-Israel positions, and has shown support for organizations connected to the terrorist Muslim Brotherhood.

To supporters of the Jewish state among the most damaging things about Tim Kaine is that he is the darling of the anti-Israel organization J-Street. Founded in 2008 by George Soros and Hillary Clinton’s campaign director John Podesta,  J-Street goes by the motto “pro-Israel, pro-peace,” has been but has been described by liberal attorney Alan Dershowitz as being neither pro-Israel nor pro- peace. One of the group’s founders Daniel Levy has been quoted as saying the creation of Israel in 1948 was wrong (there’s more if you are not convinced).

J-Street endorsed Kaine’s 2012 run for Senate but money speaks louder than words. According to Open Secrets, an organization which tracks campaign donations to all candidates of any party, J-Street at $133,382 was the second largest donor to Tim Kaine’s campaign committee between 2011-2014.

Open Secrets also reports that J-Street was the number one donor ($178K) to Tim Kaine campaigns over the course of his entire political career.

In turn Kaine has shown himself to be a supporter of J-Street. In 2016 he spoke at the group’s national convention for the second time, saying in part, “There is no organization no NGO in the United States now that so stands for the values of diplomacy as J-Street”

Allow me to provide examples of the “diplomacy” Kaine supports. During the 2008 Israeli action against Hamas, when the IDF was protecting the country after it suffered tens of thousands of rockets from Gaza, J Street called Israel’s “escalation in Gaza counterproductive.” It also made a moral equivalency argument between the policies of Israel and Hamas, stating that they found difficulty in distinguishing “between who is right and who is wrong.” The group has also advocated that the US negotiate with Hamas, rewarding the group for its terrorism. And tried to get the U.S. Congress to endorse the discredited anti-Israel Goldstone Report. This is the group Tim Kaine endorses and takes money from.

Tim Kaine was one of the first Democrats to announce he was boycotting Prime Minister Benjamin Netanyahu’s speech to a joint session of Congress. Adopting the Obama administration’s excuse Kaine said, the Netanyahu speech would give an “appearance of US favoritism in a foreign election. There is no reason to schedule this speech before Israeli voters go to the polls on March 17 and choose their own leadership,” Kaine was one of only 8 Democratic Party senators who boycotted the speech (vs. the 36 who attended).

Interestingly Kaine had no comment when it was revealed that the Obama administration sent their political strategist Jeremy Bird, and used State Department dollars to hire an anti-Netanyahu group “One Voice,” to sway the Israeli election.

Kaine was an effusive supporter of the awful P5+1 Iran deal which does little to stop Iran’s nuclear ambitions but gives president Obama the foreign policy legacy he wanted. As reported by Buzzfeed:

“Sen. Tim Kaine, a Democrat from Virginia, says the only alternative Republicans have to the nuclear deal negotiated with Iran is to go to war with the country, which he says is Arkansas Sen. Tom Cotton’s plan. ‘So, you say it’s a terrible deal, tell me what the alternative is,’ Kaine told radio host John Fredericks on his radio program last week. ‘What is the alternative plan that makes Iran give up 98% of their enriched uranium, two-thirds of their centrifuges, allow inspections for the first time and dismantle a heavy-water reactor’”

What Mr. Kaine forgot to mention is that Iran is doing their own inspections. In December the IAEA issued a key report in which according the deal they were supposed report about their inspections and announce all of the evidence about Iran’s previous nuclear activity. Instead the report relied on unverified information from the terrorist regime. The text of the report repeats the same phrase over and over  “The information available to the Agency…” A nice way of saying we had to take what we got from Iran. A follow-up Iranian statement confirmed that the Iranians collected their own samples.

Kaine also forgot to mention in his praise that most of the unused Iranian centrifuges were simply put in storage by Iran until they can be used again. And a secret side deal kept from the public, discovered and released this past week by the Associated Press, allows Iran to double their enrichment capacity after ten years Iran by integrating more advanced centrifuges into their allowed number.

Not only did Tim Kaine support the Iran deal, but he voted to support a filibuster of any senate vote to disapprove the deal per the Corker bill. In other words, he didn’t want himself or his Democratic Party colleagues to be saddled with an official vote recording their approval of this deal resulting in Americans and Israelis in danger of a nuclear Iran.

Kaine also seems to be weak on terrorism. As Governor he appointed Muslim American Society (MAS) President Esam Omeish to the state’s immigration commission. In 2008 court filings, MAS was outed as part of the Muslim Brotherhood.

After Omeish Islamist ties became public and he was forced to resign, an anti-terror Muslim organization called The American Islamic Forum For Democracy (AIFD) scolded Kaine’s lack of vetting:

“The AIFDs position is that this embarrassment could have been avoided altogether had Governor Kaine’s office applied basic vetting criteria before appointing Dr. Omeish to such an important position. The AIFD stands in opposition to the appointment and in support of the resignation on the ideological grounds that Dr. Omeish has repeatedly represented an Islamist agenda (political Islam) in his activism. The ideology of Islamism runs against the interests of a strong national immigration policy and American security.”

Hillary Clinton is correct in claiming that Tim Kaine is different than Donald Trump and Mike Pence. One of the biggest differences between Kaine and the Republicans is that like Hillary Clinton, Tim Kaine is not a true supporter of Israel and either by design or total lack of awareness, associates with terrorist supporting, Jew-hating Muslim Brotherhood groups.