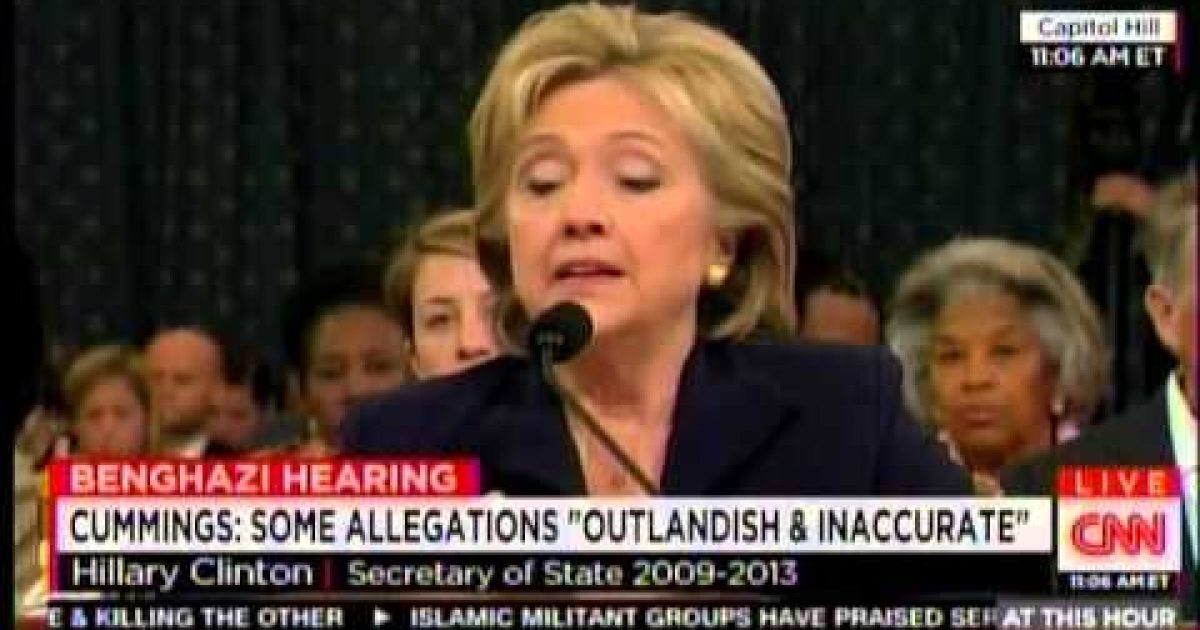 In her testimony in front of the Benghazi Committee, Clinton Testified That The State Department Did Not Have “The Amount Of Money That We Thought Would Be Necessary To Do What Was Required To Protect Everyone.” But previous testimony indicated that budgets were not a cause of the attack.

“The State Department has historically and certainly before this terrible incident not had the amount of money that we thought would be necessary to do what was required to protect everyone. So, of course, there had to be priorities.”

But during a hearing October 10, 2013 Rep. Rohrabacher (R-CA) asked State Dept.’s Charlene Lamb “Was there any budget consideration and lack of budget which led you not to increase the number of people in the security force there?” Lamb responded “No, sir.”

Rep. Adam Smith (D-WA) made a political speech blaming the attack on budget uncertainty and the shutting of the government. Rep. Smith forgets that until 2013  the Democratic Party controlled Senate didn’t bother to produce a budget, and the government shutdown was in October 2013 over a year after the Benghazi attack.

Sounds like Mr. Smith is simply trying to make the committee hearing political (and that Mrs. Clinton is lying).