Hillary: I Was Happy With Obama’s ISIS Address 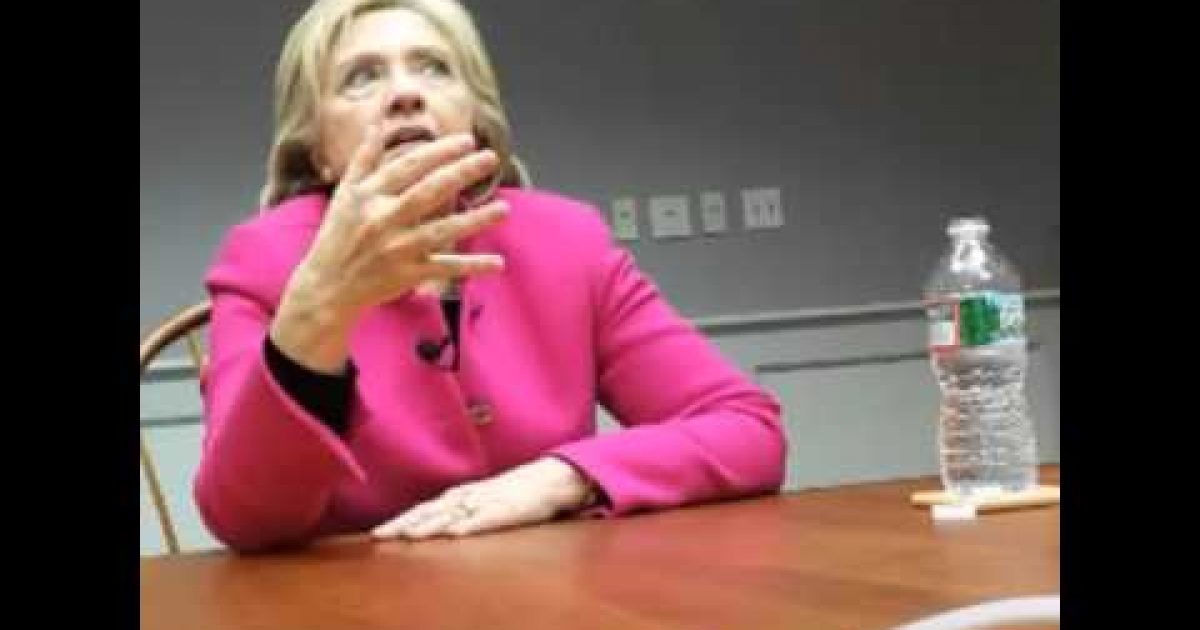 President Obama’s Sunday evening address was almost universally panned by pundits on both sides of the aisle. The consensus was that the president simply re-hashed the same failed ISIS strategy. Some said the president seemed to talk down to the American people and did not seem to appreciate their fear that they weren’t being protected. There was one person who thought the president did a good job on Sunday, presumptive Democratic Party nominee Hillary Clinton

Even the people at NBC panned Obama’s speech:

“Too much of what he’s done, including last night, using the Oval Office, was business as usual—repeating, basically, what he thinks the right policy is with nothing new and no sense of urgency, which is what a lot of Americans are feeling,” Bloomberg reporter Mark Halperin said.

(…) According to Today Show co-host Savannah Guthrie, the address was too little, too late.

“Number one, it acknowledges that they [the public] need reassurance—that up to this point they haven’t gotten it—, and number two, that they don’t know what our strategy is,” Guthrie said.

Obama stated Sunday that the San Bernardino attack was an act of terrorism, days after it was labeled as such by the FBI. As the panelists pointed out, Obama’s tough rhetoric was not accompanied by new policy proposals.

“Are you surprised that in this speech he didn’t offer anything new in terms of strategy or policy, that it was basically stay the course?” Today Show co-host Matt Lauer asked.

Well not everybody trashed Obama, during an editorial board meeting with the Concord Monitor, Secretary Clinton was asked if there was anything she would have “said differently or disagreed with” regarding President Obama’s address to the nation Sunday night about confronting ISIS.

Clinton said she was happy with the Oval Office speech and the president plan was close to hers.

“I was really happy that he made the address. I thought it was very important for him to address the nation. I think his take on what needs to be done is close to mine. I think we have to intensify and accelerate and really get the world behind us and that’s why I’ve laid out my own views on this. But I was very pleased that he addressed the country because people are scared.”

Watch the video below from America’s Rising PAC.