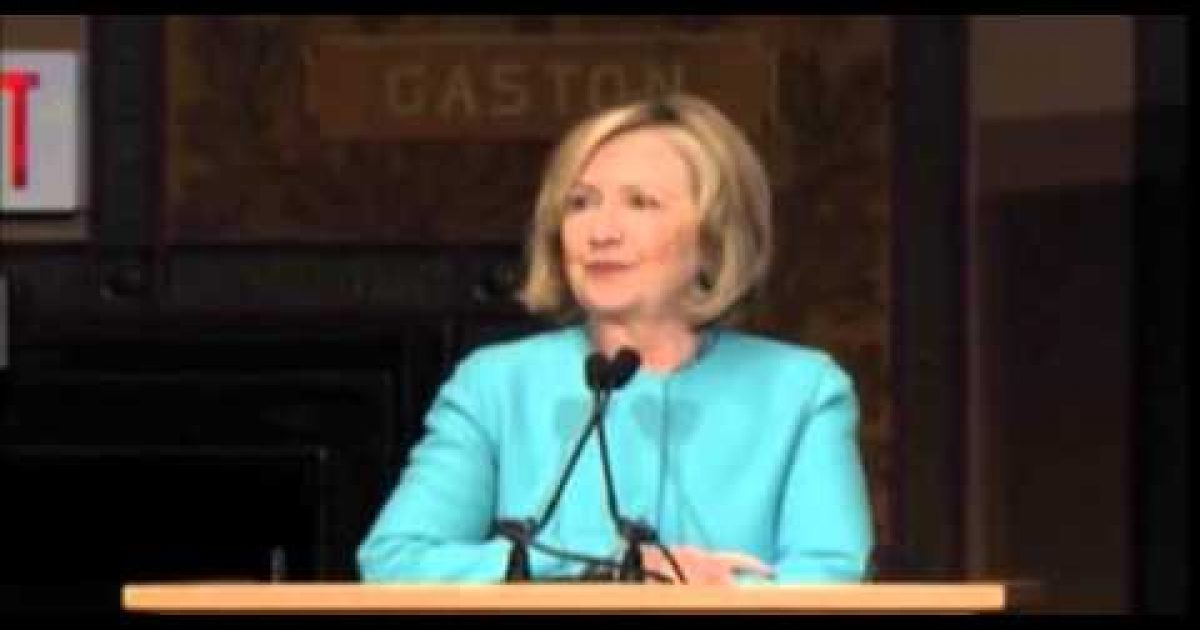 On Tuesday night Hillary Clinton spoke to a foreign policy conference at Georgetown University’s  Gaston Hall considered Georgetown’s “Jewel in the Crown, a 728-seat auditorium which has played host to multitudes of world leaders, and entertainment stars.

As you can see in the video below the balcony was virtually empty and there were plenty of open seats on the lower-level as well.

Perhaps Ms. Clinton is not as popular as the mainstream media tells us she is.