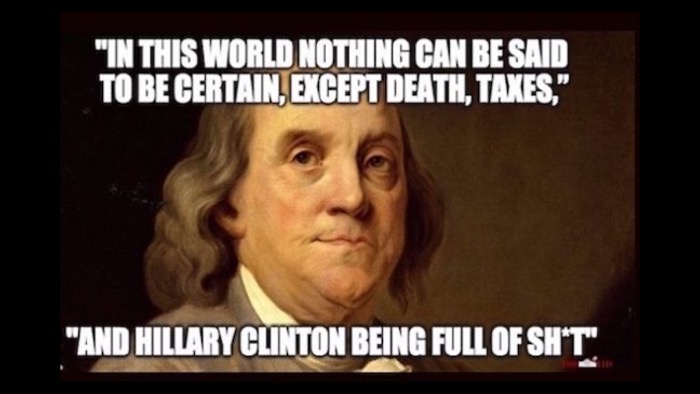 The losing Democratic presidential nominee whose campaign invented Russiagate slandered Supreme Court Justice Clarence Thomas because of his concurring opinion overturning Roe v. Wade last week. Clinton said she went to law school with Thomas and claimed, “he’s been a person of grievance for as long as I have known him. Resentment. Grievance. Anger.”

If it wasn’t the left’s beloved Hillary, the woke culture would scream at her for essentially describing Justice Thomas with the fake stereotype of the angry Black man. Although I wouldn’t blame the Justice if he was angry at Hillary right now. But I doubt he will because he has something Hillary will never have—class.

If you want proof of his class, watch how Thomas is described by the most liberal Justice on the court, Justice Sonia Sotomayor:

Thomas went one step further from his conservative cohorts on Friday by filing a concurring opinion suggesting that cases legalizing contraception and same-sex marriage should get another look from the court as well.

However, on page 79 of the opinion of the court signed by Justice Thomas, the four other originalists on the court, and Cheif Justice Roberts has a paragraph refuting the one Thomas sentence.

We have stated unequivocally that “[n]othing in this opinion should be understood to cast doubt on precedents that do not concern abortion.” Supra, at 66. We have also explained why that is so: rights regarding contraception and same-sex relationships are inherently different from the right to abortion because the latter (as we have stressed) uniquely involves what Roe and Casey termed “potential life.” Roe, 410 U. S., at 150 (emphasis deleted); Casey, 505 U. S., at 852. Therefore, a right to abortion cannot be justified by a purported analogy to the rights recognized in those other cases or by “appeals to a broader right to autonomy.” 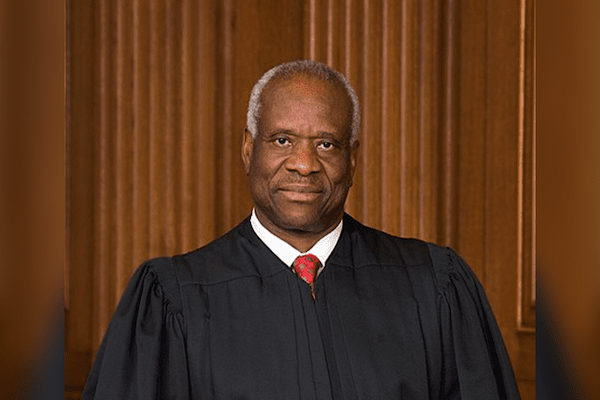 At the end of her interview Ms.Ciinton said:

To the people, he is speaking to, which is the, you know, right-wing, very conservative judges and justices and state legislatures. And the thing that is well, there are so many things about it that are deeply distressing. But women are going to die, Gayle. Women will die.

Women are going to die? Is Hillary threatening to add them to the list of strange deaths that happened to contacts and associates of Bubba and Hillary Clinton?

Also, in the interview, Hillary warned:

“We are only at the beginning of this terrible travesty that this Court has inflicted on us”: @HillaryClinton says she’s concerned that overturning Roe v. Wade is only the first step in the Supreme Court turning “back the clock on civil rights.”

Turn back the clock on civil rights? Isn’t she the one who said:

WATCH @HillaryClinton makes a 'they all look alike' joke about African Americans.

Yes, it was a joke, an ancient joke. But judging by the MSM’s false reactions and lying about the SCOTUS Roe decision, try to imagine if it was said by a Republican instead of their beloved Hillary Clinton who made the joke. The liberal media would call it a disaster of biblical proportions. An Old Testament disaster, real wrath of God type stuff. CNN would say it will cause fire and brimstone to come down from the skies! Rivers and seas would start boiling! MSNBC would predict it would cause forty years of darkness, earthquakes, and volcanoes. The Washington Post headline would be “Republican tells jokes about African-Americans, causing the dead to rise from the grave” An unnamed NY Times source would predict we were about to start having “human sacrifices, dogs and cats living together… mass hysteria!”

The words above are a parody of a speech from the movie Ghostbusters. Still, it accurately explains the difference between how the media treats Hillary Clinton and other Democrats vs. Republicans.

Why isn’t the Clinton interview receiving headlines as a racist speech describing Justice Thomas with the fake stereotype of the angry Black man? Why doesn’t the MSM talk about the other lies about Justice Thomas, which don’t agree with the description of Thomas made by the most liberal Justice on the court, Justice Sonia Sotomayor: Why won’t the media mention the lies she made about the content of the opinion.

Hillary’s hit job on Justice Thomas reminds me how thankful I should be that she lost the 2016 election. Researching Supreme Court Justice Clarence Thomas for this piece, learning about his intelligence, humility, and treatment of others makes me happy that Justice Thomas was put on the court;

As she has often done during her political Hillary Clinton has slandered a good person.