What’s Behind Hillary Clinton Request To Have Security Clearance Withdrawn? 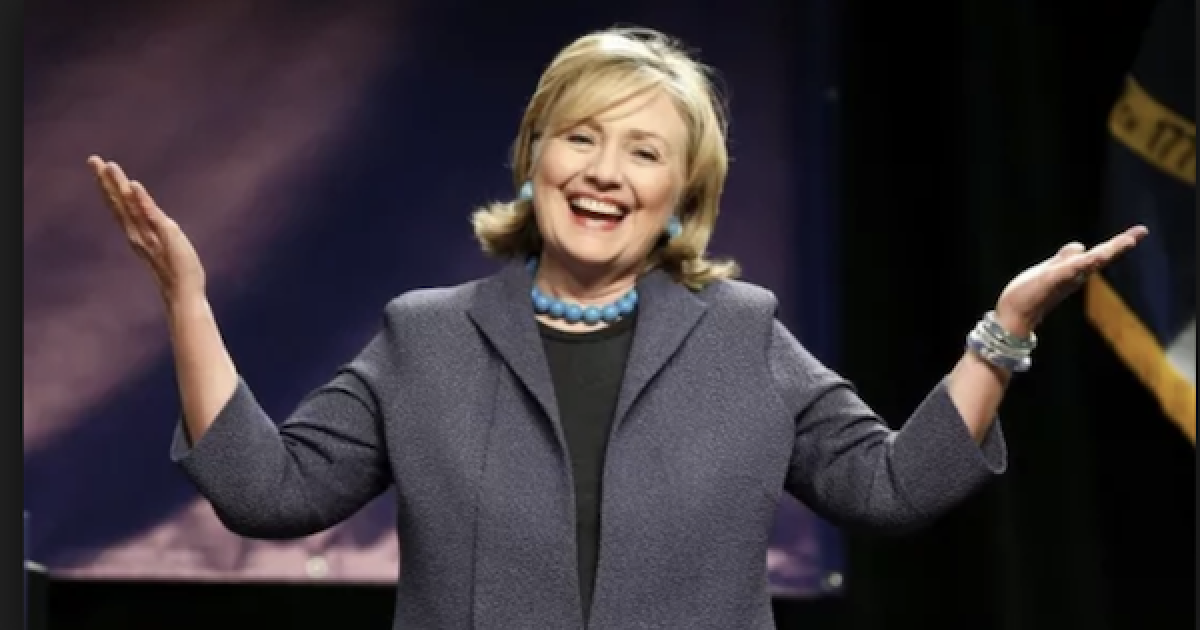 There has been a lot of speculation and mischaracterization buzzing around the infosphere on Friday, after it was reported that Hillary Clinton asked to have her access to classified information terminated at the end of August 2018.

The access of five of her former State Department aides was also terminated three weeks later, on 20 September 2018, reportedly at Clinton’s behest.

The correct phrase for what was done in these cases was used in a letter from the State Department to Sen. Chuck Grassley (R-IA), Chairman of the Senate Judiciary Committee, who had requested information in the spring of 2017 on the status of Clinton’s clearance.  The phrase used is “former Secretary Clinton’s security clearance was administratively withdrawn on August 30, 2018 (see letter embedded below).”

The committee posted the State Department letter in a slightly redacted version on Friday.  The redaction is of four of the names of Hillary’s aides whose clearances were also withdrawn.  Cheryl Mills is the fifth.

Almost everyone in the media is referring to this event as Hillary’s “security clearance being revoked.”  That wording tends to imply a negative character to the administrative action, for which there is no evidence in the letter.  According to the State Department, Hillary herself asked to have her clearance and those of the five others withdrawn.  (The five aides had retained their access as “researchers,” at Clinton’s request.  That’s not uncommon for top officials who write books and articles after leaving office.)

As much as she may have deserved to have her clearance pulled because of her mishandling of classified information, that’s not what happened.  Hillary Clinton herself asked to have the clearance administratively withdrawn.

Fox Business’s Charles Payne spoke for many when he asked, “Why?”

The answer may be pretty simple. Appointed and hired officials don’t just get the clearance hand-wave that elected officials get. If you get elected to the Oval Office or a seat in Congress, the people’s choice to send you to that office means you will gain access to what you need to do your job. In the houses of Congress, it’s up to the leadership to police the integrity of their members’ access to classified material. In theory, the leaders can decide that it would be a security hazard to assign certain members to committees that deal with especially sensitive national secrets. That rarely if ever happens, but it’s a theoretical backstop against giving access irresponsibly. (Congressional staffers, of course, have to undergo investigation.)

Elected federal officials don’t have to pass security background investigations.  But appointees do, up to and including the secretary of state.

And to keep their clearance eligibility, they have to undergo periodic reinvestigations, just as mid- and lower-level officials in the federal services do.

The timing of the access withdrawal is interesting.  Although the Pentagon extended the interval for a periodic reinvestigation from five to six years in 2017 (for Top Secret access), the State Department’s website still says the interval for its personnel is five years.  Based on when Hillary Clinton and her aides were in their jobs (2009-2013, with the first background investigation forms submitted by them probably at the end of 2008), the completion of their next periodic reinvestigations is probably due in early 2019.

That would mean they’d be submitting the paperwork right now for their reinvestigations.  It’s possible Hillary Clinton didn’t want a new background investigation done on her or her top aides and elected to have their access withdrawn instead.

We have no way of knowing if she was encouraged to such a decision by any quiet consultations with contacts at Foggy Bottom.  But as a veteran of the investigation process, she would know the questions she would face, and the kind of information investigators look through.  It’s possible she didn’t want to turn on that klieg light.  The last time she and her aides would have done this, in 2013-2014, Obama was in office.

Is it possible that she fears she doesn’t want to be investigated for clearance because the Republican-controlled House is investigating both the Steele dossier funded by her campaign and the FISA warrant leading to the investigation into the Trump campaign? This week alone features testimony from former FBI Attorney James Baker, and Nelly Ohr the wife of Justice Department official Bruce Ohr,  who worked for the company behind the dossier, fusion GPS.  Christopher Steele who wrote the dossier is also scheduled to testify, but he is saying he won’t show, but instead will take the 5th, in absentia. While there is no evidence of a connection between Hillary’s recusal of her security clearance as of yet, she must be feeling the heat.

Partisans would read that in different ways, either as Hillary having things to hide or as a fear that investigators in Trump’s administration wouldn’t be fair with her.  You choose your perspective.  The above seems, however, like a not-improbable reason for doing something peculiar like asking out of the blue to have your security access withdrawn.

Most of this post was first seen at Liberty Unyielding