Hillary Clinton’s Most Out-Of-Touch Criticism EVER 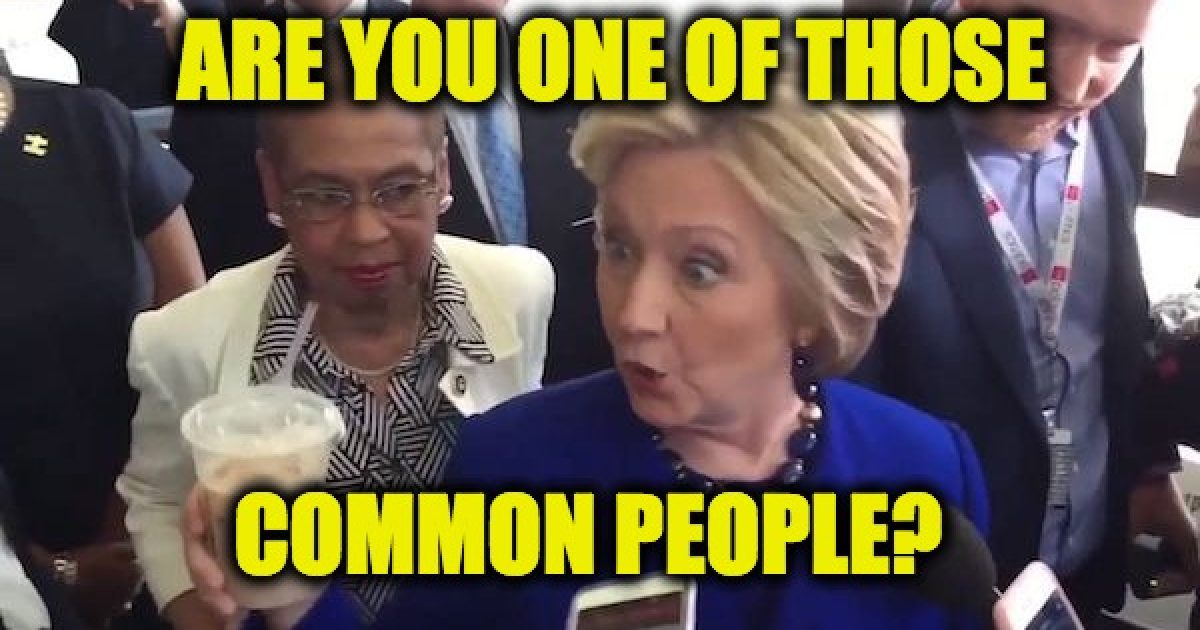 Hillary Clinton took a shot at President Trump over his consideration of a Russian request to interrogate a U.S. diplomat calling it “deeply troubling.”

White House press secretary Sarah Sanders was questioned on Wednesday whether or not the President was giving any thought to a request to make former U.S. ambassador Michael McFaul available to Russian investigators.

To the dismay of many, Sanders didn’t immediately swat the suggestion away.

“There was some conversation about it, but there wasn’t a commitment made on behalf of the United States,” she told reporters. “And the president will work with his team, and we’ll let you know if there’s an announcement on that front.”

The surprising comments led McFaul to say he hopes the President will not allow this to happen.

“My government, I hope, will step up today and categorically swat this back—when I say my government, I mean my President of the United States of America,” he said.

Sanders has since clarified, “It is a proposal that was made in sincerity by President Putin, but President Trump disagrees with it.”

While many were up in arms over the original response, the biggest display of chutzpah had to have come from former Secretary of State Hillary Clinton, who criticized the President for failing to defend a diplomat.

Let’s say that again – she was upset that he failed to defend a diplomat. 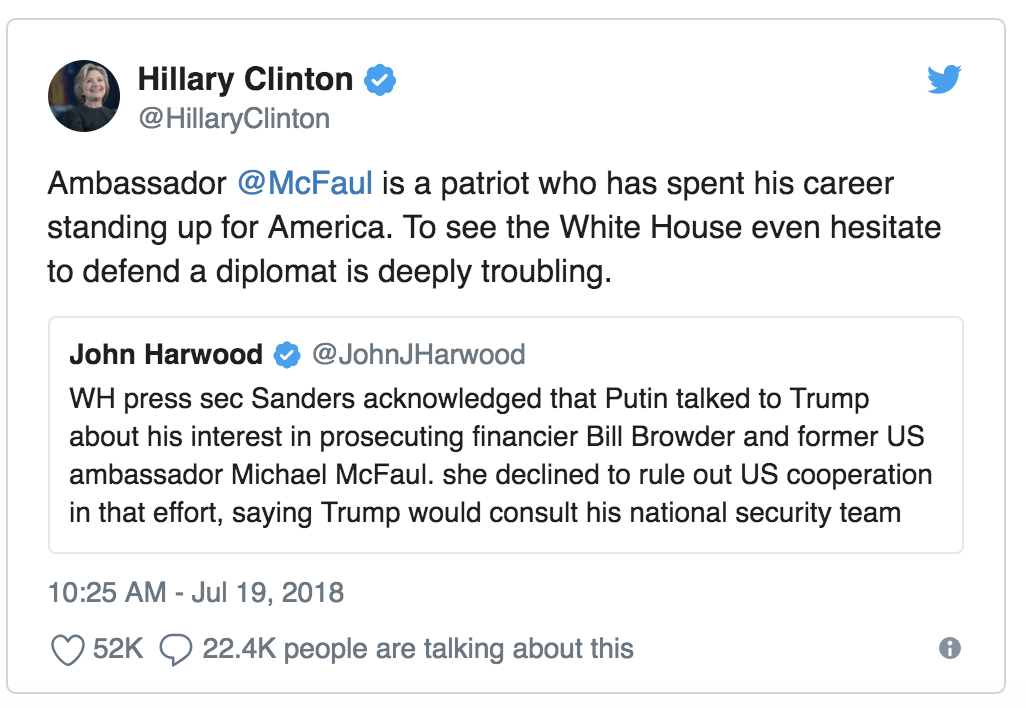 Why is that such an incredibly bold comment, Hillary? We’ll give you a hint – it rhymes with ‘Svenghazi.’

It was Clinton who served as Secretary of State under then-President Obama when she ‘hesitated to defend a diplomat’ named Chris Stevens in Benghazi.

Not only did the Clinton State Department fail to provide adequate security for Ambassador Stevens leading up to the September 11, 2012 attack, but they failed to defend him during the attack.

Kris Paronto, a former Army Ranger and military contractor, and commando John Tiegen, both individuals who survived the Benghazi attack, have consistently refuted government claims that there was no ‘stand down’ order that day.

If there was a “you should probably sit this one out” Hall of Fame, this would be the centerpiece https://t.co/CkbmThXsHK

Paronto would also say that he hoped the death of Stevens and three other Americans in Benghazi kept Clinton awake at night.

“I hope it haunts her,” Paronto said adding that he doubts it will because “I don’t think she has a soul.”

Judging by the reaction to her comments, it’s safe to assume the terrorist attack is still fresh on the minds of at least some Americans.

LOL. really? What difference does it make? https://t.co/ZBRX3pxWvK

Oblivious even for you. pic.twitter.com/XyDMm0Cw5I

It seems as though, as Charlie Daniels reminds us on a daily basis, “Benghazi ain’t going away.” 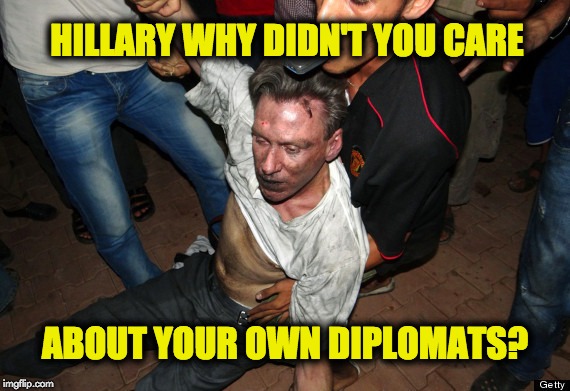 Multiple sources previously confirmed that CIA operators asked for help that night in Benghazi three separate times and were denied those requests each time.

They were told to stand down. They were left to die.

If hesitating to defend a diplomat is ‘deeply troubling,’ then Hillary must be ‘deeply troubled’ every time she looks in the mirror.

She not only rejected security requests prior to the attack but had requests for help denied during the attack, then repeatedly lied about the cause after the attack.