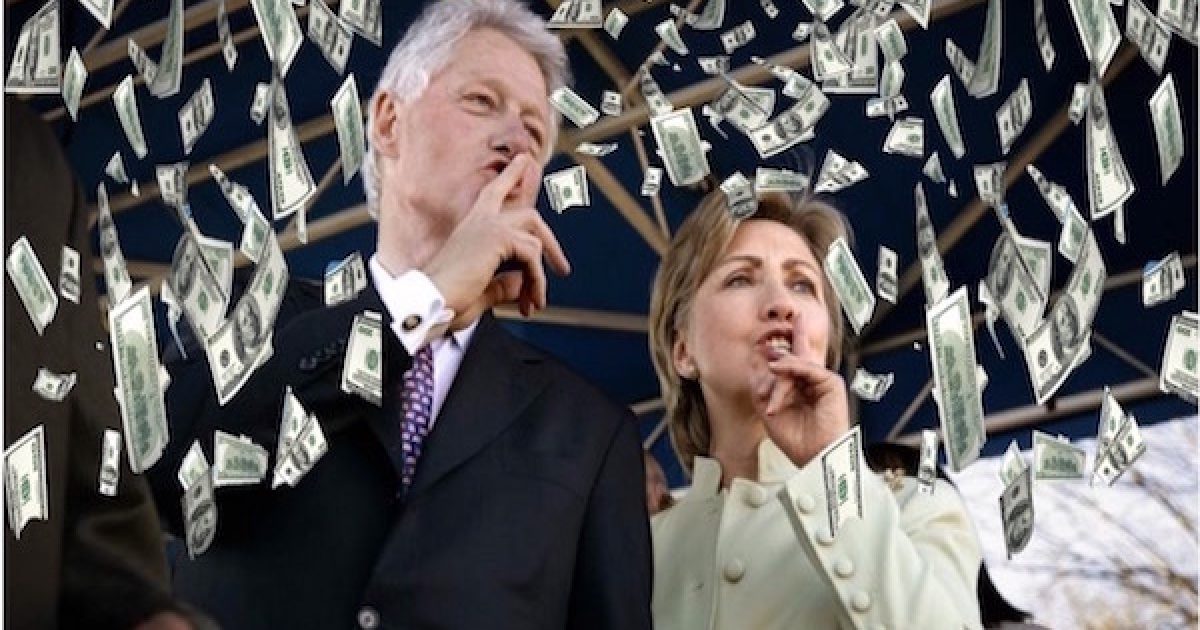 If Hillary Clinton had won the presidency (yes, I know: a troubling thought), would Democrats still be screeching “Impeach 45”? You’re playing saying, “Of course not.” But what if they had learned that Hillary Clinton sought to meet with an ‘enemy of the state Vladimir Putin?” Would that change the calculus? That’s on top of the deals the Clinton Foundation made to enrich Putin and his buddies.

An email unearthed by Judicial Watch reveals that Clinton Foundation Director of Foreign Policy Amitabh Desai provided to Assistant Secretary of State Andrew Shapiro a list of prospective dignitaries who were invited to attend the 2009 Clinton Global Initiative meeting.

Among those guests making the cut for the “first round of invitations” were Mikhail Gorbachev, former President of the Soviet Union, Dmitriy Medvedev, then President of Russia, and Vladimir Putin, then Prime Minister.

That’s right, just two months into Hillary’s term as secretary of state, she invited the scourge of her eventual 2016 presidential campaign, Vladimir Putin, to attend a Clinton Foundation gala.

This invitation was sent exactly one week after Hillary met with Russian Foreign Minister Sergey Lavrov in Geneva, presenting him with a “reset” button.

“I would like to present you with a little gift that represents what President Obama and Vice President Biden and I have been saying and that is: ‘We want to reset our relationship, and so we will do it together,’” Clinton told Lavrov.

Hmm … that doesn’t sound like somebody who believes Russia to be the instigator of collusion in American politics. It sounds more like a politician trying to establish a relationship that could help her political career, and the bank account of her foundation.

Hillary Clinton and the Clinton Foundation worked so hard to enrich Putin’s buddies and provide them with technology and natural resources (to the detriment of America) when she was Secretary of State.

In April 2015 the NY Times disclosed a deal which enabled Russia to own about 20% of the uranium production capacity of the United States for a $2.35 million donation to the Clinton Family Foundation. According to the report, Canadian based company Uranium One owned the uranium assets was being purchased by Russian state atomic energy agency Rosatom— a deal which had to be approved by various U.S. agencies including the State Department.  Canadian records show that while the State Department was mulling of the deal, the family foundation of Chairman of Uranium One made four donations totaling $2.35 million to the Clinton Family Foundation.

Beyond their business relations and invite of Putin, the list of heads of state invited to the gala included some other interesting selections.

The list includes dignitaries from Saudi Arabia, which gave $14.5 million to the Clinton Foundation; Kuwait, which gave between $5 and $10 million; Oman, the United Arab Emirates, and Qatar — all of which donated between $1 and $5 million over the years.”

All those mainstream media liberals endlessly seeking collusion with the Russian government or pay-to-play schemes may need to take a closer look at the Clinton Foundation.

Parts of this post were originally seen at the Mental Recession