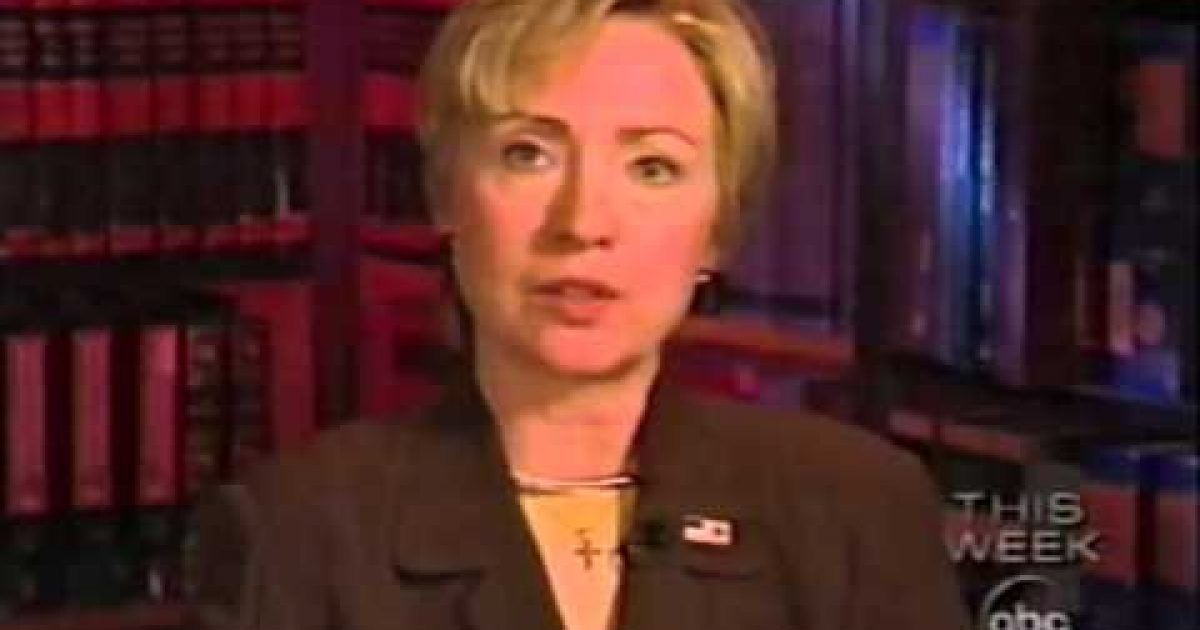 Things sure change when one is running for president, especially when the candidate is Hillary Clinton. On Thursday she said, Muslims have nothing to do with terrorism, but on the Sunday after 9/11 she was asked if we need to profile to protect the American people and she said, “we need to do whatever it takes.”

Giving a speech about fighting ISIS at the Council on Foreign Relations Thursday, Ms. Clinton made it clear that she did not believe Muslims had anything to do with terrorism.

Online or off-line, the bottom line is that we are in a contest of ideas against an ideology of hate, and we have to win. Let’s be clear, though, Islam is not our adversary. Muslims are peaceful and tolerant people, and have nothing whatsoever to do with terrorism. The obsession in some quarters with a clash of civilization, or repeating the specific words radical Islamic terrorism isn’t just a distraction, it gives these criminals, these murderers more standing than they deserve. It actually plays into their hands by alienating partners we need by our side.

Perhaps she doesn’t know that ISIS stands for Islamic State of Iraq and Syria. Islam is part of their freaking name!!! All Muslims are not members of ISIS, but all members of ISIS follow Islam.

Back in 2001 when she was the Junior Senator from New York, Ms. Clinton thought differently.

“Well, I think everyone recognizes we have to tighten security. We have to do whatever it takes to keep our people safe,” Hillary Clinton replied.

Little has changed in the intervening years: The U.S. is still fighting radical Islamists who have the ability to execute major acts of terror throughout the world. The day after her speech, Islamic terrorists, at this point believed to be part of ISIS, took over a Hotel in Mali (they were screaming Allah Akbar). At first they had 170 guests, but they released any guest who could recite a line of Quran (the attack is still ongoing.

The only real differences in the fifteen years since she sat down with Sam Donaldson is that Hillary Clinton no longer says that profiling is necessary. Now she says there is no connection between Islam and terrorism.  The other difference is that Hillary Clinton no longer a senator New York which was devastated by the 9/11 attacks, she is running to grab the the nomination for president in a Democratic party which is ruled by a radical leftist ideology.

Watch the 14-year-old Hillary/Donaldson interview below: