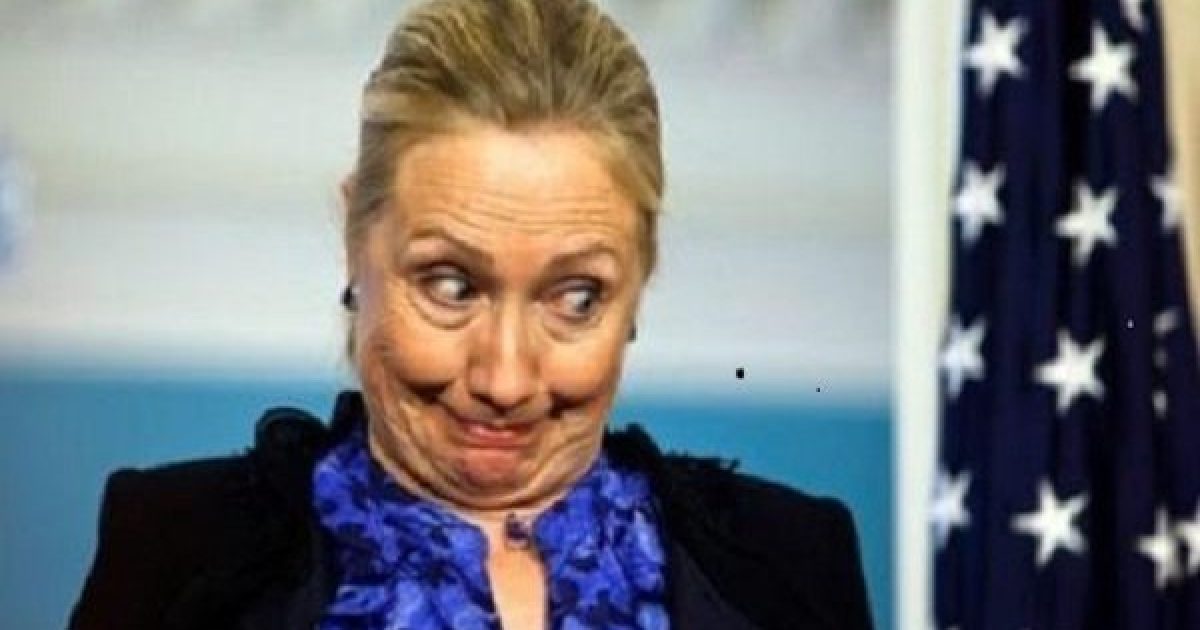 Now granted, we could have easily drawn this list out quite a bit. But five seemed like a nice concise list in which we can remind Hillary Clinton of how embarrassing this past year has been for her, while not going overboard by kicking a dead presidential campaign.

Let’s not delay and get right down to the topic at hand – the 5 most embarrassing Hillary Clinton moments from this past year.

1)Hillary Shills Her Book in the Dairy Aisle at Costco

It’s bad enough you have to even write a book explaining to your friends why you were such a loser the year before, but it’s even worse when you have to sell it in the dairy aisle at a local Costco

A Year in the Life pic.twitter.com/8Bf6n9dRi1

Don’t you wonder how many people walked up to the table wondering if the failed candidate was distributing samples of the latest juice, sausages, or other food item carried by Costco?  Oh, how the mighty had fallen. Clinton went from becoming the first woman to win the presidency, to becoming the reason for needing a clean up in aisle six.

2)Clinton Plays the Role of Editor for Teen Vogue

Just last month, Clinton served as a guest editor for one edition of the magazine, Teen Vogue.

Today, we’re announcing a very special issue of Teen Vogue, guest-edited by @HillaryClinton — the first-ever female Presidential candidate nominated by a major party, a woman who sits at the center of a historic paradigm shift. pic.twitter.com/uC1f5asL4w

It’s unclear whether the 70-year-old grandmother was supposed to offer beauty tips to the mostly 12-year-old readers of the publication. Or if she made comments about key issues such as Ariel Winter’s pink halter top which appeared on the Teen Vogue website.

The article of that edition should have been How to Be an Attention-Hungry Loser in One Easy Step.

Not only did the usually low-key senator from Arizona join the anti-Hillary Clinton brigade with a tweet venting his frustration over her non-stop finger-pointing, but he did so with an even less characteristic f-bomb.

“The hardest thing to do is to just shut up,” he added.

4) Fundraiser to Clinton – Just Shut Up and Go Away

Continuing the theme of people wanting Hillary Clinton to go away, a Clinton fundraiser blasted her book tour saying “The best thing she could do is disappear.”

Former Clinton Fundraiser: “Honestly, I wish she’d just shut the f— up and go away” https://t.co/mRf6xGUTv8

“Honestly, I wish she’d just shut the f— up and go away,” the fundraiser said.

Of all the vomit-inducing visuals… In her election biography, Clinton claimed that during the second debate, Trump’s presence behind her was intimidating.

Coming up, we’ll have a Morning Joe Exclusive on Hillary Clinton’s new book, and here is a first look of Clinton discussing a debate. pic.twitter.com/xRkgcoTnKw

I don’t care what people think about President Trump or his politics but he would never stoop….or to quote Conrad Birdie in the musical Bye, Bye, Birdie, “Oh Man! I hope I never get THAT tense.”

Worse, she seemed to suggest that her nervousness was due to concern about what he might do to her.

“Two days before, the world heard him brag about groping women,” she worried. “Now we were on a small stage and no matter where I walked, he followed me closely, staring at me, making faces.”

“He was literally breathing down my neck,” Clinton said. “My skin crawled.”

I am sure his skin crawled at the thought of it.

Here is a special bonus embarrassment. Not something Hillary said or did, but brought to you by the folks at Vanity Fair”

Maybe it’s time for Hillary Clinton to take up a new hobby in 2018 pic.twitter.com/sbE78rA5At