Hillary Clinton Rejects the Idea of Civility Toward Trump Officials: ‘Give Me a Break!’ 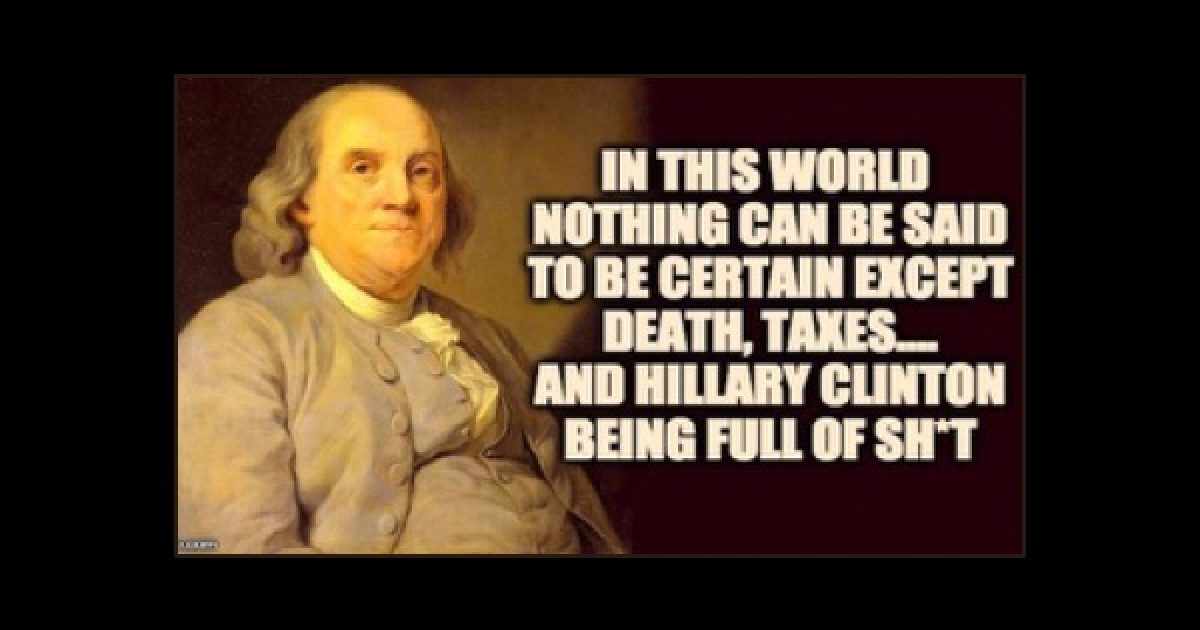 Two-time failed presidential candidate Hillary Clinton backed her party’s calls for civil unrest towards Republicans, justifying it by saying there’s nothing less civil than separating children from their family at the border.

Clinton is referring to the Trump administration’s ‘zero tolerance’ policy of removing children from the adults who brought them on a law-breaking trip across the southern border, endangering their lives and well-being.

Rep. Maxine Waters has been the most vocal of those on the left calling for an uprising, harassment, and inciting violence against members of the President’s inner circle.

Waters told her rabid supporters that, should they meet these Republicans in a public place, they need to “create a crowd and you push back on them, and you tell them they’re not welcome anymore, anywhere.”

In an interview with The Guardian, the twice-failed presidential candidate said the administration’s policy of separating children at the border, which was recently reversed, has kept her up at night (as opposed to the terror attack at Benghazi where four people who reported to her died—so she lied about it)

When Clinton was asked her thoughts on the party’s lurch toward becoming “uncivil.”She didn’t hold back. Defending it, endorsing it, and upping the stakes by demanding more “resolve and strength.”

“Oh, give me a break,” she railed. “Give me a break! What is more uncivil and cruel than taking children away? It should be met with resolve and strength. And if some of that comes across as a little uncivil, well, children’s lives are at stake; their futures are at stake.”

I can’t recall in my many adult years any loser in a presidential election acting so negative and inciting resistance.
This woman scorned is out of her mind! https://t.co/zR3kPyJjwO

How far off from reality do you have to be when kids are being removed from lawbreaker adults, and the kneejerk response is to harass the law enforcers in public?

“Give me a break, really,” she said, rolling her eyes. “I mean, this is a crisis of his making that will damage kids for no good reason at all, and I think everybody should be focused on that until the children are reunited.”

Odd, I don’t remember Clinton calling for resolve, strength, and incivility when her boss, Barack Obama was separating children at the border.

Not to mention, the former Secretary of State had come quite a long way since her days when she claimed to be “adamantly against illegal immigrants.”

Is it any surprise that Clinton, still bitter from her epic and historical loss to President Trump, would take this route?

Recall, if you will, that Bob Creamer, a former DNC operative who aided the Clinton campaign and visited countless times with Obama, was caught being behind a tactic called “bird-dogging,” in which homeless people, the elderly, and mentally ill individuals were paid to start violence at Trump rallies.

An email released by Wikileaks showed that Clinton’s former campaign manager, Robby Mook, was “close” to Creamer, who was on tape discussing the organization of violent protests at Trump events.

Civility isn’t precisely Hillary’s, or the Democrat party’s, forte. And neither is leadership.