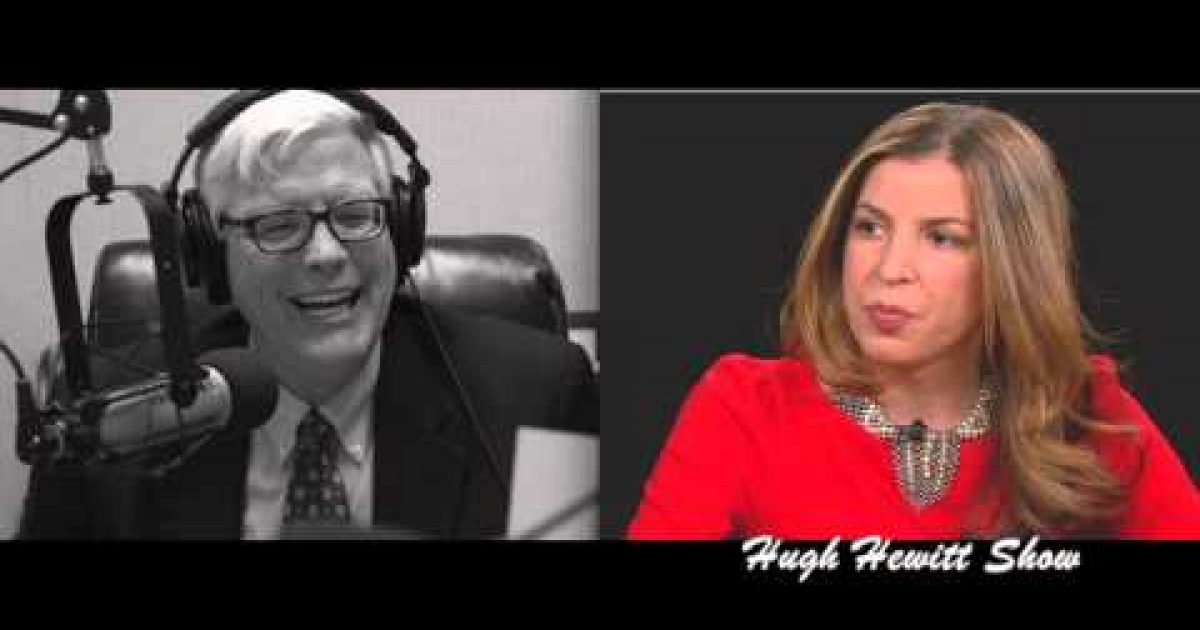 White House reporter for the Hill Amie Parnes is an expert on Democratic Party heir apparent Hillary Clinton, having been co-author of a book about Ms Clinton, HRC. A guest on Hugh Hewitt’s radio show on Wednesday Parnes, rather reluctantly admitted that Clinton’s recent jab of Chris Christie about vaccinations was politically based and a flip flop of her previous stance.

Transcript and audio below:

Hewitt: Former Secretary of State Hillary Clinton found time to go on twitter yesterday to talk about vaccines, has she said anything about the Jordanian pilot or ISIS?

Parnes: She hasn’t, I think what you are seeing, you’re seeing her weigh in on the things she want’s to weigh in on. Even though the vaccination situation isn’t exactly where she wants to be, you know she was in the camp of “oh we need to see where autism, how autism is connected to this” and now she is basically backtracking. And I think she was trying to meet all of her Republican, all of her potential Republican opponents a little bit by going after them on this and saying she is on the right side, or at least what she thinks is the right side of the issue.

Hewitt: Did she flip-flop on the vaccine issue?

Parnes: I would say that she has, she has a little bit because we has saw her when she was a senator take a different approach on this but a lot of people at the time were like Senator Obama was at the time was, he basically was trying to make the case that autism could be related. And so I think that now that some research has shown that it’s not, I think that she has come out on the opposite end. And she has taken some heat about it.