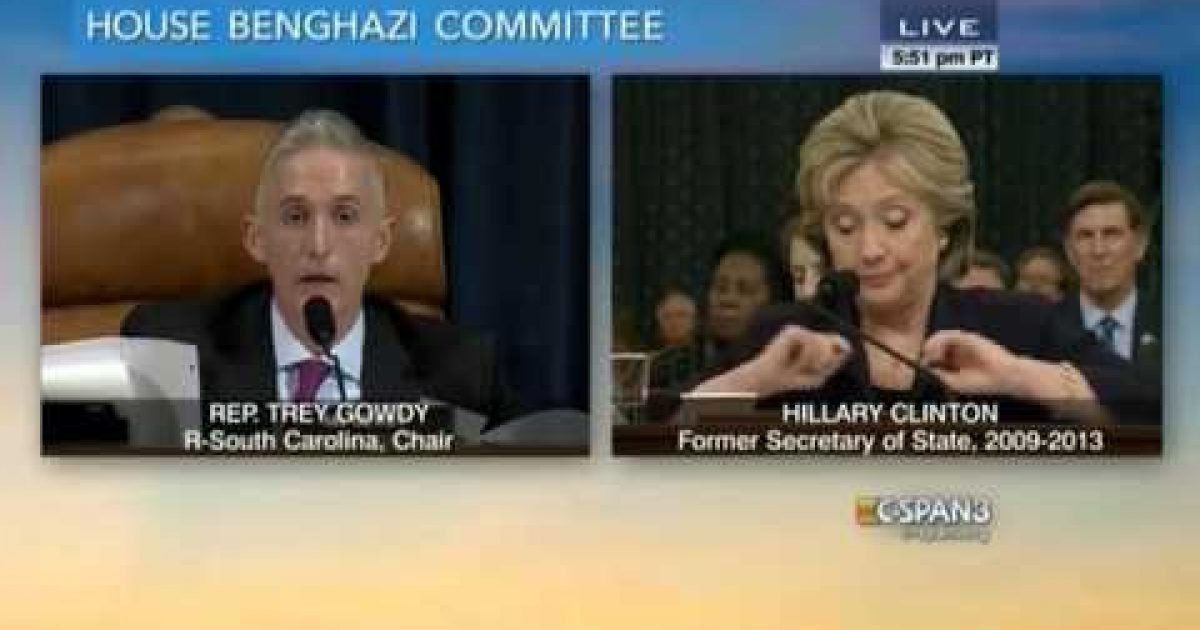 Sometime around hour 11 of Thursday’s Benghazi hearing Hillary Clinton told Trey Gowdy that her emails were always available, “You know, the State Department had between 90 and 95 percent of all the ones that were work-related. They were already on the system.”

And when Chairman Gowdy asked her about the claim she added, “We learned that from the State Department” (see video below)

Not so said state department SPOX Mark Toner said: “Ninety to 95 percent is something that her campaign has been using…I’m not aware that we have given that figure,” he said at a press briefing. “I’m not in a position right now to confirm that.” And then sent the reporter back to the campaign to learn about where that number came from.

Back in March, Hillary’s people use that same figure  Saying the state department pulled her emails from the recipients who had state.gov email address.

But according to Hillary’s attorney and chief of staff Cheryl Mills, State wasn’t set up to capture her emails that way.  As reported by the A.P.:

The State Department didn’t have any centralized mechanism for collecting emails or for finding Clinton emails in other employees’ government accounts. Clinton’s lawyer and former chief of staff, Cheryl Mills, acknowledged that in her own testimony recently before the Benghazi committee.

Mills said she would have anticipated that all such emails would be saved in the State system. “I’ve come to learn that that is not, obviously, the case,” she said.

So the state department had no idea where the numbers came from and Hillary’s own attorney said it wasn’t possible for Foggy Bottom to collect the emails, while the media probably won’t report it–this is just one more lie that Hillary made during her testimony yesterday.

Your Group Sets Off A Bomb In The Senate Building – Bill Clinton Pardons You
January 17th, 2021 DC Clothesline