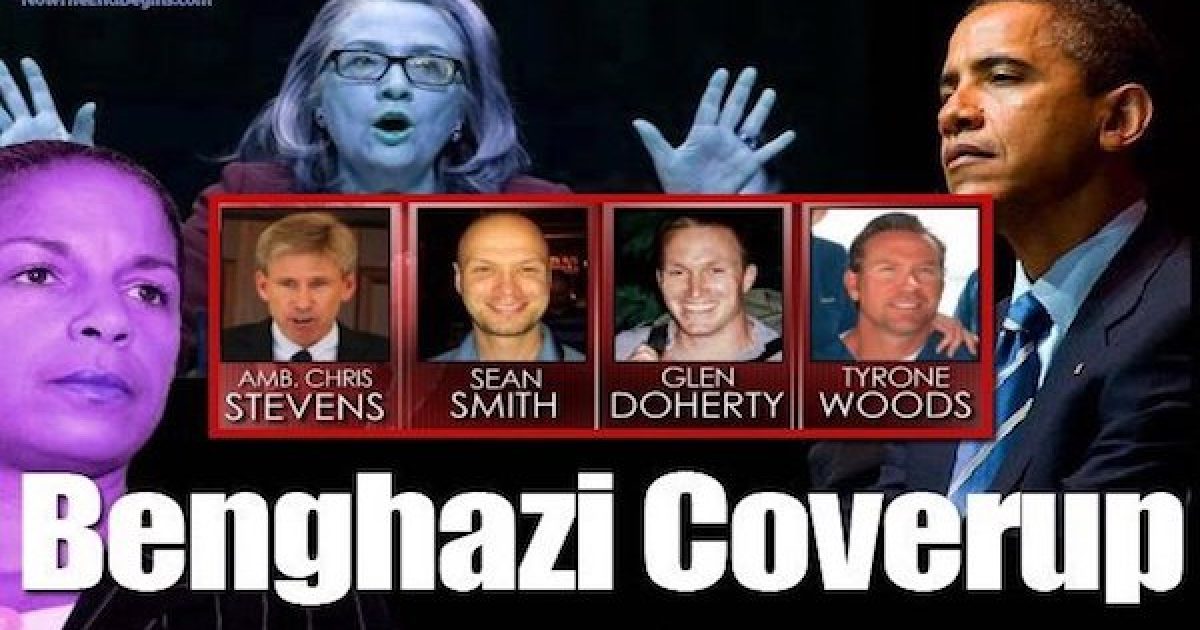 So much is still unknown about the terrorist attack on the U.S. Mission in Benghazi and every time we learn a little more, the official state department, protect Hillary and protect Obama story crumbles a little bit more. The latest revelation is that not only did the state department know that U.S. Benghazi security was in shambles and they hired a different security company to take over security too late to provide security for the attack, but the state dept. warned that new company they better keep silent about what they knew and what the state department knew.

The owner that second security Jerry Torres of Torres Advanced Enterprises which operates in some of the most dangerous places in the world talked to Fox News after remaining silent for the past five years. They remained silent until now because they were threatened by a senior player in the Clinton State Department.

Security at the State Department’s Benghazi compound was so dire that another contractor was brought in to clean up the mess just two weeks before the 2012 terror attack – and was later pressured to keep quiet by a government bureaucrat under then-Secretary of State Hillary Clinton, according to two men from the American security company.

Brad Owens and Jerry Torres, of Torres Advanced Enterprise Solutions, say they faced pressure to stay silent and get on the same page with the State Department with regard to the security lapses that led to the deaths of four Americans.

(…) Asked if there was a specific effort by a senior State Department contracting officer to silence them, Torres said, “Absolutely, absolutely.”

Does anyone really believe that the order for “Omerta” was made without the knowledge, scratch that,  was made at the behest of anyone but the secretary of state at the time, Hillary Clinton?The original contract for Benghazi security was given to Blue Mountain U.K. a really small security company registered in Wales. The Benghazi contract was their first foray into diplomatic security

The original contract for Benghazi security was given to Blue Mountain U.K. a really small security company registered in Wales. According to Owens and Torres, the Benghazi contract was their first foray into diplomatic security

One month before the attack — in August 2012, with The Blue Mountain Group still in charge of compound security — Ambassador Stevens and his team alerted the State Department via diplomatic cable that radical Islamic groups were everywhere and that the temporary mission compound could not withstand a “coordinated attack.” The classified cable was first reported by Fox News. [The cable was addressed to the office of Hillary Clinton, so it’s reasonable to assume Ms. Clinton knew about this emergency cable]

By Aug. 31, 2012, the situation had deteriorated to the point that Owens and Torres said the State Department asked them to intervene – as Owens put it, an “admission of the mistake of choosing the wrong company.”

“They came back to us and said, ‘Can you guys come in and take over security?’ Owens said. “So we were ready.”

But Torres emphasized that time was against them, saying it would have taken two-to-three weeks to get set up.

Unfortunately, Ambassador Chris Stevens, Information Officer Sean Smith, and CIA operatives Glen Doherty and Tyrone Woods didn’t have three-five weeks they had twelve days.  If the State Department realized a month earlier how awful the Benghazi security was the four victims might be alive today.

Owens and Torres knew right away that the lie about the YouTube video was just plain nonsense. Owens, who had personally visited the Benghazi compound to assess security before Blue Mountain was hired knew exactly how Benghazi was infiltrated with terrorist groups.

A few months after the September 11, 2012, attack, the State Department contracting officer Jan Visintainer summoned Torres from overseas to a meeting at her office in Rosslyn, Va.

Torres said he was afraid for his company – and hasn’t spoken publicly until now.

“We had about 8,000 employees at the time. You know, we just didn’t need that level of damage because these guys, their livelihood relies on the company,” he said. “I trust that our U.S. government is going to follow chain of command, follow procedures, follow protocols and do the right thing.”

Another part of that conversation stuck out to Torres. He said Visintainer told him “in her opinion, that guards should not be armed at U.S. embassies. She just made that blanket statement. … And she said that they weren’t required in Benghazi. So I was kind of confused about that. And she said that she would like my support in saying that if that came up. And I looked at her. I just didn’t respond.”

The video of their interview on Tucker is embedded below