Hezbollah Says It Gets All Its Money From Iran (Thank You Obama, Clinton, And Kerry) 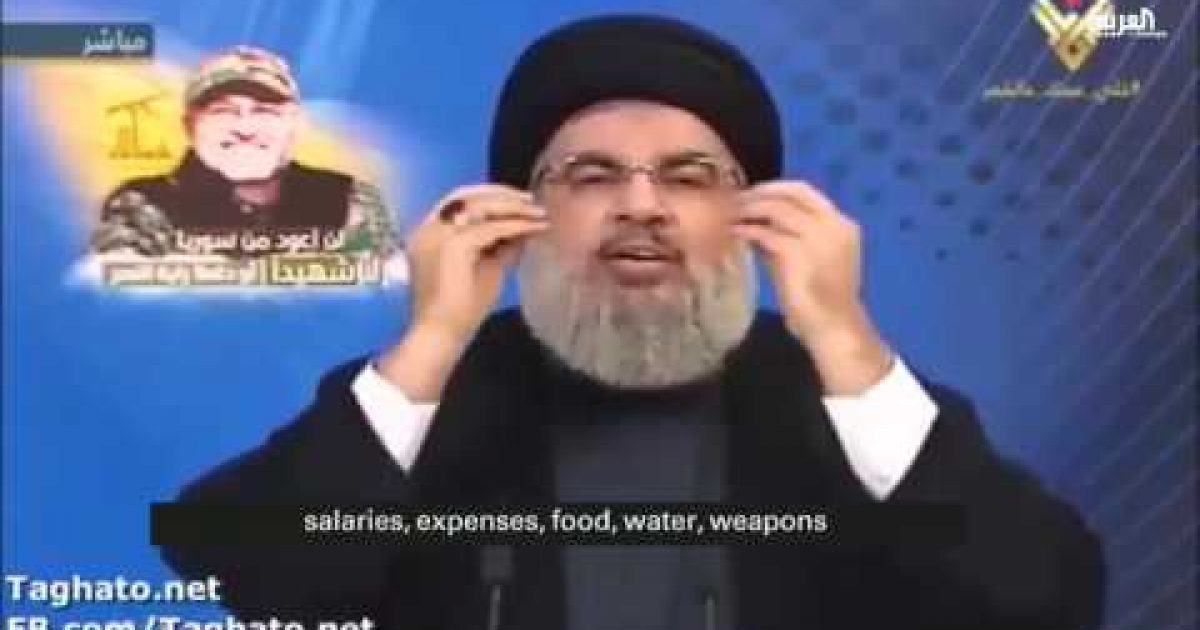 Who says Barack Obama has no accomplishments.  According to Hezbollah head Hassan Nasrallah on Friday he doesn’t worry about U.S. sanctions against Lebanese banks who deal with his terrorist groups, they get all their money, weapons, etc., from the U.S. President’s buddies in the terrorist regime of Iran. And thanks to the nuclear deal Obama and his secretaries of state Clinton and Kerry shoved down the throats of Americans, Iran’s had a fresh influx of at least $100 billion dollars to share with groups like Hezbollah.

In a speech broadcast by the Shiite party’s Al-Manar station, Nasrallah brushed off assertions that Hezbollah would be hurt by US sanctions on Lebanese financial institutions that work with the group.

“We do not have any business projects or investments via banks,” Nasrallah said, insisting the group “will not be affected.”

“We are open about the fact that Hezbollah’s budget, its income, its expenses, everything it eats and drinks, its weapons and rockets, are from the Islamic Republic of Iran,” he added.

In December, the US Congress voted to impose sanctions on banks that deal with Hezbollah, considered a “terrorist group” by the US. And last month, Lebanon’s central bank instructed the country’s banks and financial institutions to comply with the new measure against the Lebanese Shiite group.

But none of that really matters:

“We totally reject this [U.S.] law until the Day of Judgment. … Even if the law is applied, we as a party and an organizational and jihadi movement, will not be hurt or affected,”

Nasrallah said: “As long as Iran has money, we have money… Just as we receive the rockets that we use to threaten Israel, we are receiving our money. No law will prevent us from receiving it…”

As Al Arabia pointed out, the Nasrallah speech is a major embarrassment to the Obama Administration, since it appears that by approving the thawing of Iranian funds in return for a dubious nuclear agreement the US is now “playing a critical role in assisting and facilitating the ways through which Hezbollah receives this significant aid from the Iranian government.”

Two of the major beneficiaries of the [Iranian] sanctions relief have been Hezbollah and the Islamic Revolutionary Guard Corps (IRGC). Iran has also been able to increase its military budget by $1.5 billion from $15.6 billion to $17.1 billion.

Although it’s something most observers already knew, this is the first time ever that Nasrallah publicly confirmed his group is receiving full monetary and arms support from the Iranian government.  And thanks to the negotiating weakness of the Obama/Clinton administration, Iran has much more money to turn into terrorist attacks throughout the world, but especially Israel. But then again Jewish lives are never a concern of the Democratic Party and Barack Obama.

Below is a video clip of part of Nasrallah’s address: