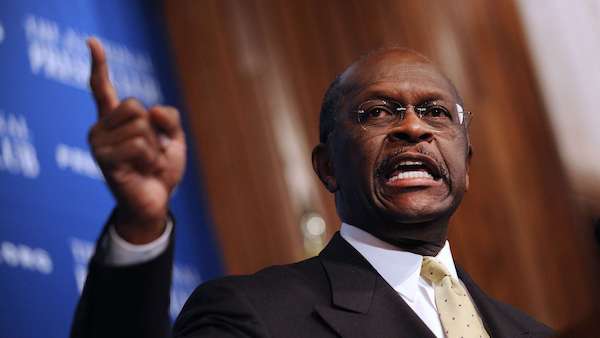 As Donald Trump continues to collect detractors in our government, no one has been more synonymous with the anti-Trump movement than John McCain, and 2012 presidential candidate Herman Cain has had enough of the Arizona senator.

The supposedly Republican Senator and war hero has been an extremely vocal critic of the President in recent weeks, famously taking a stand against Trump’s healthcare reform policies with a publicity stunt of a nay vote.  McCain joins the ranks of several other key anti-Trump Republicans such as Mitch McConnell and Paul Ryan, all of whom seem hell-bent on making life difficult for the controversial and unique President.

Now, as John McCain continues to hide behind his military service and his recent cancer diagnosis, Herman Cain has entered the fray to let the world know how he really feels about the right wing traitor.

“Cain said he respects McCain’s valor in Vietnam  – in which he spent several years in the infamous Hanoi Hilton – but that his legislative service leaves much to be desired.

“McCain cast the deciding vote against the Senate’s final iteration of ObamaCare repeal legislation, tipping the scales for the Democrats.”

This is far from being McCain’s first foray into the world of treachery.

Known for his flip-flopping ways, McCain has built a bit of a reputation for himself in Washington D.C.  Now, as the long-standing Senator from Arizona continues to attack the President and his America First agenda, our nation’s people are losing their patience and their sympathy for the Beltway insider and establishment shill.