The Three Stooges Who Helped Write The Steele Dossier 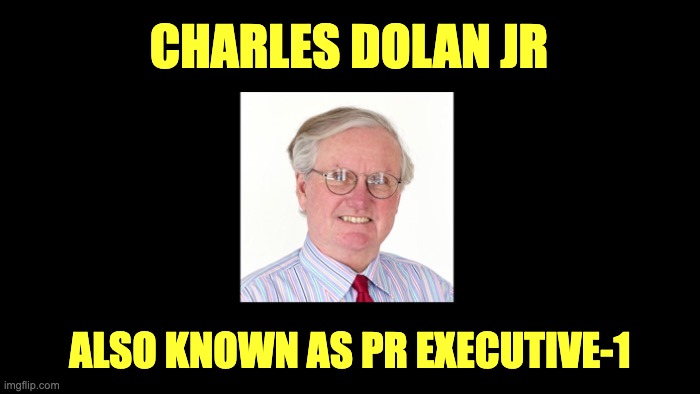 One of the people responsible for the information used in the Steele dossier wanted their Information to be labeled as fake news,,.because it was fake. Per the Wall Street Journal, a few hours after the dossier was released by BuzzFeed News, powerful  DC P.R. executive Charles Dolan Jr. wrote. “I’m hoping that this is exposed as fake news. I will check with some folks in the intel world to see if they know who produced this.”

How does Mr. Dolan know it was fake news while the MSM and Democrats were damaging the first half of the Trump administration? Have you ever hung out with some buddies and traded some industry gossip with no proof of truth or source-? That’s what was behind \ the “facts” in the dossier.

The dossier’s author, former British spy Christopher Steele, relied mainly on a Washington researcher to gather information. According to FBI notes of an interview with that researcher, Igor Danchenko, he said he wasn’t comfortable with the assignment and some of his sources were old friends—one a former schoolmate—whose information Mr. Steele exaggerated.

By spring 2016, Mr. Danchenko and Mr. Dolan moved in the same social and business circles in Washington, where both worked as consultants. As the presidential campaign gathered steam, they and a third friend overseas, Olga Galkina, spent hours trading the sort of gossip and purported inside knowledge that greases the skids of commercial deals and social interactions in political circles.

Mr. Danchenko passed some of this chatter on to his boss, Mr. Steele. In short order, versions of it appeared in the dossier, which Mr. Steele filed in a series of dated memos through the rest of 2016.

While they were gossiping, they hired  Olga Galkina,

In other words, four 0e90oe traded gossip to look powerful to people in the same industry. One of them gave the dish to Christopher Steel, who used it to create the infamous Steele Dossier.

When Ms. Galkina asked him to suggest a publicist for her employer, Mr. Danchenko emailed his former boss at Brookings, Fiona Hill. “I have an URGENT small favour to ask you,” Mr. Danchenko wrote, relaying that a “very good old friend of 25 years” was seeking help from a public relations firm with Russia experience and would be in Washington the following week.

On 27 July 2016, out of the blue, Fiona Hill published an article in Vox on “3 reasons Russia’s Vladimir Putin might want to interfere in the US presidential elections.

The timing was, let us say, distinctive.  This was four days before the FBI launched “Crossfire Hurricane,” and three days before Bruce and Nellie Ohr’s fateful breakfast meeting with Christopher Steele.

Hill was also a major player in Rep.Schiff’s bogus impeachment of President Trump because of a legitimate phone call with Ukraine.

Schiff leaked the testimony to Bertrand because Schiff knew that it would be a violation of House Rules and Committee Rules for Schiff to publish the substance of the testimony himself.

The joint collaborative purpose of the leaks was to publish Hill and Vindman’s false and defamatory statements, including Hill and Vindman’s egregious personal attacks on Kash, so as to further Schiff and Politico’s interests in harming the President and advancing the impeachment inquisition. In furtherance of the conspiracy, Bertrand secretly communicated with Schiff or his staff via encrypted email, including proton-mail, and messaging services, such as Signal

Gee, false and defamatory statements during a congressional hearing, isn’t that called perjury? Seems as if she lied during both bogus Trump impeachments.

The Wall Street Journal lays out many more examples of how the three stooges helped create the dossier’s lies. I strongly urge you to click here and read the entire story.

These creative writers hurt Donald Trump, but they hurt the American people who badly needed Trump to be an unencumbered president. Instead, President Trump had to spend the first two years of his administration with 100-pound weights on his back.