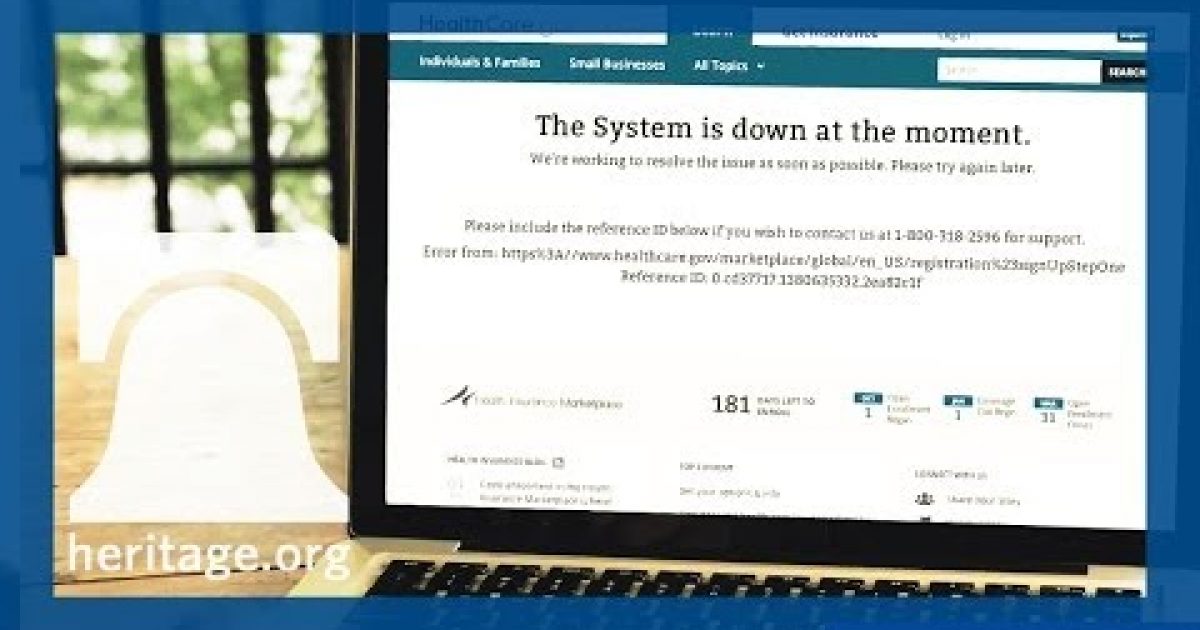 The website created to take applications for Obamacare will go down in history as a perfect example of what happens when the government tries to run a business. Not did the creation of the site come in at over a half-billion dollars over budget but technology experts agree the technology in the software is old and “buggy,” and the Obama administration knew it would have major problems but launched the site anyway.

According to multiple reports the cost to build Healthcare.gov, according to government records, was $634,320,919, as opposed the winning bid price of $93.7 million.

Even worse is the fact that for their $634 Million the government purchased a huge turd.

“It wasn’t designed well, it wasn’t implemented well, and it looks like nobody tested it,” said Luke Chung, an online database programmer.

Chung supports the new health care law but said it was not the demand that is crashing the site. He thinks the entire website needs a complete overhaul.

“It’s not even close. It’s not even ready for beta testing for my book. I would be ashamed and embarrassed if my organization delivered something like that,” he said.

The reason for this nationwide headache apparently stems from poorly written code, which buckled under the heavy influx of traffic that its engineers and administrators should have seen coming. But the fact that Healthcare.gov can’t do the one job it was built to do isn’t the most infuriating part of this debacle – it’s that we, the taxpayers, seem to have forked up more than $634 million of the federal purse to build the digital equivalent of a rock.

George Edwards a , a computer scientist and professor at the University of Southern California says the basic framework of the software is flawed:

Edwards and other software engineering experts said that a significant number of issues appeared to relate to the “front end” or user experience. This typically means there is something wrong with the basic construction of the software, in particular, the Javascript code that activates within the browser.

Reports have surfaced that the Administration was warned constantly that the program was a disaster but decided to subject the American people to it anyway.

Rep. Robert Andrews, D-N.J., who played a key role in passing the health-care law and has worked on its implementation, said he told White House officials early this summer he had been hearing from insurers that the online system had flaws.

“Nothing I told them ever surprised them,” Andrews said in an interview. “The White House has acknowledged all along something this massive was going to have implementation problems.”

Two allies of the administration, both of whom spoke on the condition of anonymity because of the controversy surrounding the rollout, said they approached White House officials this year to raise concerns that the federal exchange was not ready to launch. In both cases, Obama officials assured them there was no cause for alarm.

Robert Laszewski, a health-care consultant with clients in the insurance industry, said insurers were complaining loudly that the site, at www.healthcare.gov, was not working smoothly during frequent teleconferences with officials at the Department of Health and Human Services before the exchange’s launch and afterward. “People were pulling out their hair,” he said.

If Obamacare was a private industry program, it probably wouldn’t have been announced to the public until the site was up and debugged. This Administration felt that for political reasons, the site had to go online on-time and since there was no competition there was no reason to delay. Where else could people go?

At least the government has kept is perfect record. There has never been a federal government program that runs more efficient, flaw-free and/or cheaper than if the same program was run by the private sector and subject to the market-place.

The website is a disaster, the administration knew, and quite honestly–doesn’t care.