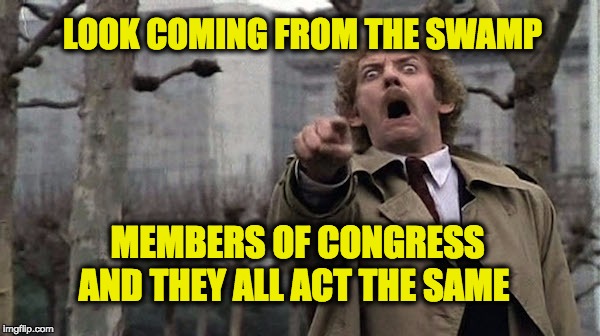 Got your attention? I am sooooo excited that the “RyanCare” didn’t make it. It’s extremely upsetting that over the last 5 years or so the Republicans didn’t bother to have a Plan B ready to go. They kept voting to repeal Obamacare. Didn’t they have a replacement ready to go? Apparently not.

To add insult to injury, after President Trump wins and they know they know can make it happen, do they sit down and work it out in December, January, or February? NO! They try to rush it through in March! Like a bunch of little kids who just got a bag of candy that Mom and Dad didn’t know about and couldn’t wait to eat it all.

When a Party like the Dems puts a bill on the table and are in control, someone like a Speaker Nancy Pelosi whips then into submission. No matter how bad the bill, they vote like Stepford Legislators. They go along because it’s the Party thing to do. In that club, you follow the Party over the cliff for the sake of the Party and damn the Americans.

I am very proud of what a handful of Republicans did this week. They said no. Not to the Dems, but to the Republican management. It was a bad bill with all kinds of holes and issues that may or may not be fixed later. A handful of Republicans said NO! Because they were not elected to go along. They were not elected to follow the Party over the cliff. They were elected to represent and protect their constituents. They were elected to protect and defend the Constitution and the American people. PERIOD. Unlike what Democrats did in passing the ACA when they all got on board or else, Republicans used their God-given spines and pushed their own bosses and Party back. Bravo!

There is no rush to do this bill in the first 100 days. The Left is shot gunning much misinformation. Because of all the chaos around this and because people’s lives and health are at stake, it’s a big deal.

My first thought is let Obamacare fail. Yup! Republicans need to come up with a well thought out bill that will work. One that will “not add one dime to the bottom line” as Mr. Oblamo said, but in this case… for real! I would have it ready to pull out of the drawer and put on the table when people and Democrats beg for a new law that actually helps rather than hurts Americans.

When the ACA was being debated many Democrats had issues with it. They had concerns. So what did they do? They passed “the bill so you could find out what was in it.” Yup. They knew it was bad and they passed it anyway. They have a habit of doing this! Like a bunch of Borg clones!

Not one Democrat said they wanted to help fix the ACA after it became law and all during the time it was being implemented. President Oblamo just kept illegally tweaking it to suit his needs and get what he (and his cronies) wanted. While this new bill was being worked on, those same Democrats, who now said there were issues with the old ACA, didn’t do anything but criticize what Republicans were trying to do. How does that help? That’s like seeing your car going towards the cliff telling the driver he’s headed for the cliff but to carry on! That’s NUTS!

I’m glad Paul Ryan and the Republican establishment got slapped. I’m glad that enough Republican legislators showed they had a spine and would not allow the American people to be saddled with an even worse Healthcare bill than they already have. And I am glad that Nancy Pelosi and Chuck Schumer are running the Democrat Party!