Anyone who has seen a loved one’s mind waste away from Alzheimers will tell you that it is a horrible, horrible disease. I remember my Wife’s losing her mom (may she rest in peace) from the disease.  At the end she didn’t even recognize her children.  During her last months my mother-in-law, who was a lovely woman,  so peaceful that she never had a bad word for anybody, would shove her young grandson onto the floor, and my son, who despite his young age would get up and say, that’s OK daddy Nana is very sick, she doesn’t know what she is doing. Nobody should have to “go” that way. 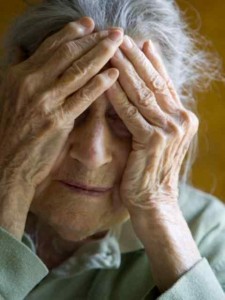 Scientists in Israel may have develped a nasal spray that will stave off the most common cases of Alzheimers a disease that hits one of every eight Americans, as well as strokes.

Researchers from Tel Aviv University are working on a nasal two-in-one vaccine that could protect against both Alzheimer’s disease and stroke. The proposed vaccine appears to repair vascular damage in the brain by rounding up “troops” from the body’s own immune system.

According to an article soon to appear in the journal Neurobiology of Aging, the vaccine not only has a preventative function but could also help fight Alzheimer’s symptoms that are already present.

Like many drugs, this one was originally developed for something else, in this case the flu. Best of all its “natrual,” it doesn’t repair the brain, it gets the brain to repair itself.

“Using part of a drug that was previously tested as an influenza drug, we’ve managed to successfully induce an immune response against amyloid proteins in the blood vessels,” says Dr. Dan Frenkel of Tel Aviv University’s Department of Neurobiology, who led the study, and collaborated on the project with Prof. Howard L. Weiner of Brigham and Women’s Hospital in Boston, a teaching affiliate of Harvard Medical School.

“In early pre-clinical studies, we’ve found it can prevent both brain tissue damage and restore cognitive impairment,” he adds.

Modifying a vaccine technology owned by multinational drug company GlaxoSmithKline, this new therapeutic approach activates a natural mechanism that fights against vascular damage in the brain.

As Frenkel explains it, the vaccine activates large numbers of macrophages, large proteins that “swallow” foreign antigens and essentially clear out the damaging build-up of waxy amyloid proteins in an affected brain’s vascular system.

Research using mice showed that once these waxy proteins are swept away, further damage can be prevented, and existing damage due to a previous stroke can be repaired. So far, the vaccine has shown no signs of toxicity in animal models.

Of course testing is not finished but so far the “vaccine” has enabled mice to recover:

MRI specialist Prof. Yaniv Assaf and his Ph.D. student Tamar Blumenfeld-Katzir carried out object recognition experiments to test the mice’s cognitive functioning before and after administration of the vaccine. They found that those mice treated with the new vaccine returned to normal behavior. MRI screenings also confirmed that the vaccine prevented further vascular damage – which is significant, because vascular dementia is found in 80 percent of all people with Alzheimer’s.

Lets just hope that it works just as well on humans as it does on mice so no one would ever have to go through the painful wasting away that millions of Americans and their families go through.