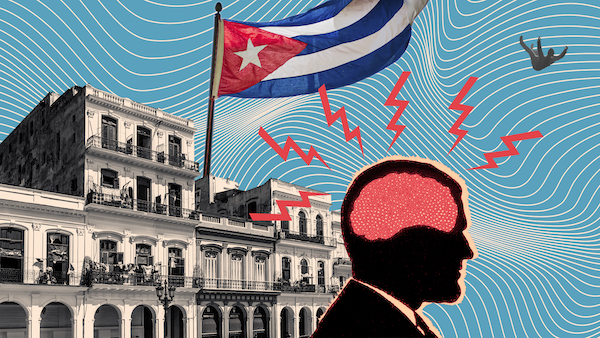 Somewhere out there in the world at large, a bad actor is employing some clandestine technology in an attempt to sicken American diplomats, and the latest incident appears to have struck very near to where the Vice President was visiting. Two employees of the U.S. embassy in Vietnam came down with the condition.  Havana Syndrome

The condition is known as “Havana Syndrome” after the first sufferers of the sickness came down with it while working at the American embassy in Cuba.  Shortly after those incidents, new cases of the illness began to be reported by American diplomats worldwide, including an incident that appeared to have occurred very near to the White House itself.

Just as the Vice President was getting set to travel out of Vietnam, another case of Havana Syndrome has been identified.

Aboard Air Force Two, Harris’ chief spokeswoman Symone Sanders told traveling reporters that Harris is “well, all is fine and looking forward to meetings in Hanoi tomorrow.” Later she said of the delay: “This has nothing to do with the vice president’s health,” according to a pool report.

The cause of Havana Syndrome is not yet known but appears to have all the trappings of an attack by some secret, possibly sonic weapon.

Victims of Havana syndrome have reported various symptoms and physical sensations, including sudden vertigo, nausea, headaches, and head pressure, sometimes accompanied by a “piercing directional noise.” Some have been diagnosed with traumatic brain injuries and continue to suffer from debilitating headaches and other health issues years later. Note: People have been known to have similar symptoms when surrounded by too many children.

Some within the State Department have stated their disappointment with the Biden administration’s slow response to the issue of Havana Syndrome, especially as the frequency of these incidents continues to increase.