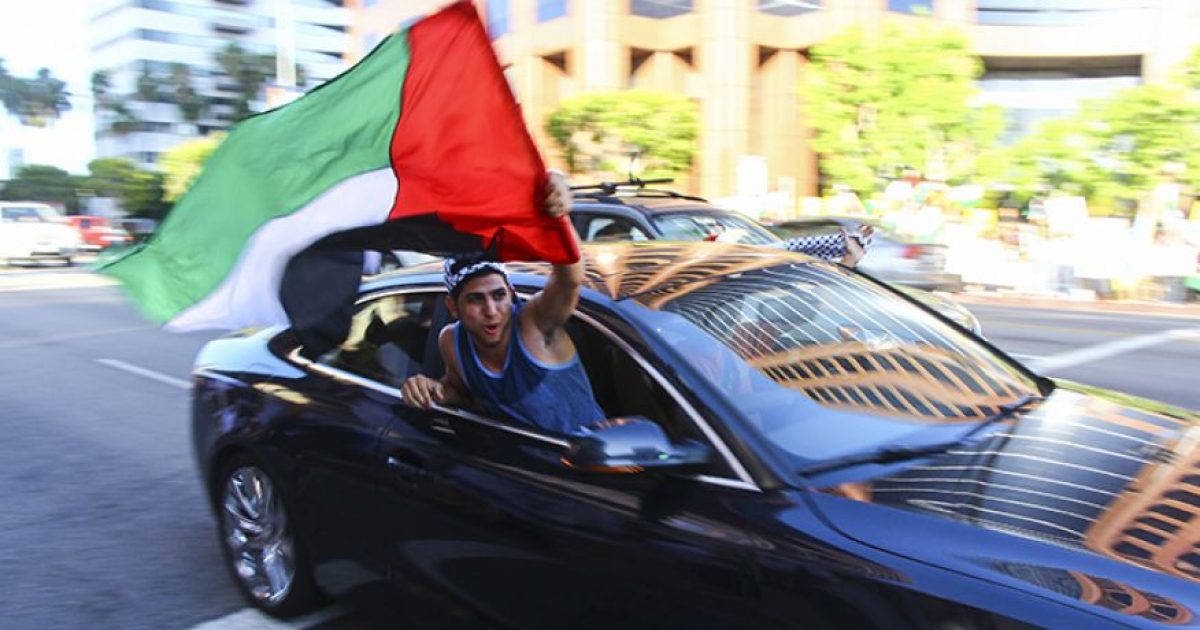 A Jewish couple in were on the Upper East Side of Manhattan New York Monday evening when they were physically assaulted by an anti-Semitic gang, who then fled the scene in cars flying the Palestinian Authority flag, according to the New York Post. An indication that the Islamist-led Antisemitism permeating through Europe has gained a foothold in the United States.

According to the report two cars along with multiple motorcycles pulled up to the couple on East 63rd Street near Third Avenue just after 8 p.m., and the assailants began yelling “anti-Jewish statements.” Police reportedly believe the couple was singled out because the husband was wearing a yarmulke.

One of the goons threw a water bottle that hit the wife, and the 27-year-old husband was punched in the side of his head when he came to her defense, according to law enforcement sources.

Police sources said the creeps then raced back to their waiting vehicles, some of which bore Palestinian flags, and took off.

The victims, who live in the area but were not identified by
authorities, were not seriously injured and refused medical attention at
the scene.

The couple, who live in the neighborhood, reported the incident to the NYPD who has their Hate Crimes Task Force investigating the attack. Councilman Garodnick, who represents the community in the City Council, and Councilman Greenfield stand together to shine a light on this hate-driven act and send a clear message that hate crimes are never tolerated in our city.

The hate crimes task force is investigating the assault, and police sources said that the victim may have been targeted because he was wearing a yarmulke.  According to the NYPD, the men
drove in a white Cadillac Escalade with New York license plates and a
white Nissan Altima with Florida plates. The NYPD also said they may
have the licence plate numbers of the cars. The five to eight suspects
are believed to be males in their 20s with Middle Eastern descent.