‘Harvesting’ A Baby’s Brain While Its Heart Is Still Beating, Planned Parenthood Video #7 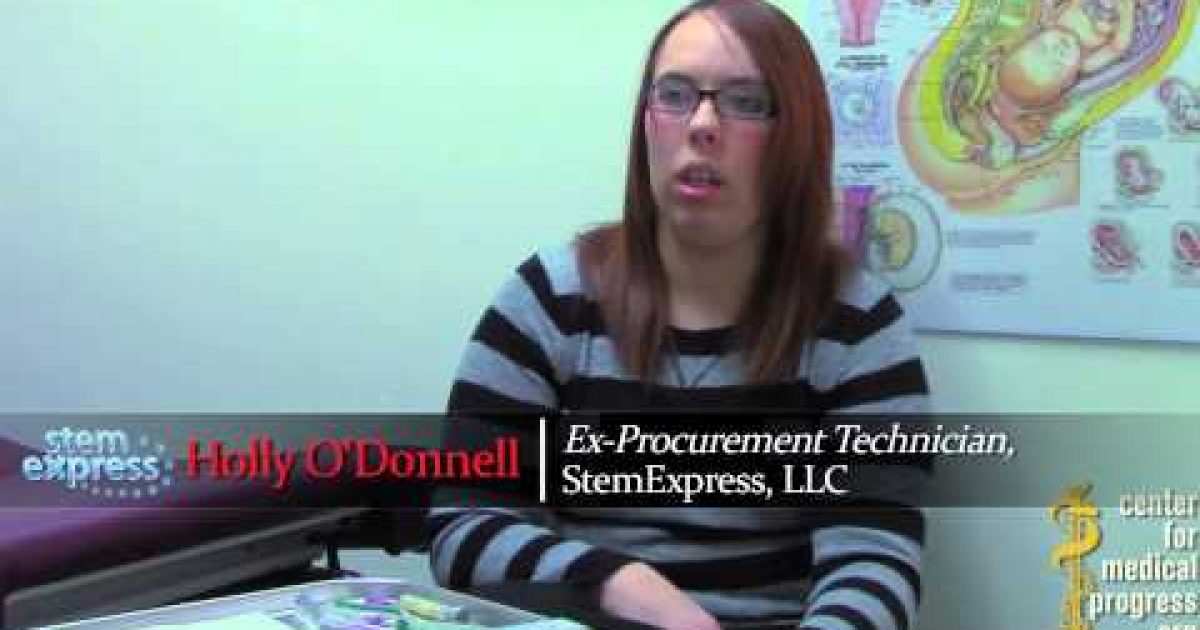 Conceptually, this 7th CMP video is the most disgusting.  One of the examples given by Holly O’Donnell a former Planned Parenthood technician is how they “harvested” an intact brain from a late-term male fetus whose heart was still beating after the abortion.

O’Donnell describes the harvesting, or “procurement,” of organs from a nearly intact late-term fetus aborted at Planned Parenthood Mar Monte’s Alameda clinic in San Jose, CA. “‘I want to see something kind of cool,’” O’Donnell says her supervisor asked her. “And she just taps the heart, and it starts beating. And I’m sitting here and I’m looking at this fetus, and its heart is beating, and I don’t know what to think.”

The San Jose Planned Parenthood does abortions up to 20 weeks of pregnancy. Referring to the beating heart of the aborted fetus, O’Donnell remarks, “I don’t know if that constitutes it’s technically dead, or it’s alive.”

State and federal law require that the same treatment be given to an infant born-alive after an abortion as to a normally delivered baby (1 U.S.C. 8, CA Health and Safety Code 123435). California law also prohibits any kind of experimentation on a fetus with a discernible heartbeat (CA Health and Safety Code 123440). StemExpress has been cited in published scientific literature as a source of fetal hearts used for Langendorff perfusion, which keeps a heart beating after it is excised from the body: http://www.hindawi.com/journals/omcl/…

O’Donnell also tells how her StemExpress supervisor instructed her to cut through the face of the fetus in order to get the brain. ““She gave me the scissors and told me that I had to cut down the middle of the face. I can’t even describe what that feels like,” she says.

I wonder how it felt to the living child, I pray I never find out.

The video also features recordings of Dr. Ben Van Handel, the Executive Director of Novogenix Laboratories, LLC, and also of Perrin Larton, Procurement Manager of Advanced Bioscience Resources, Inc. (ABR). Novogenix is the company that has harvested fetal organs from abortions done by Planned Parenthood Federation of America’s Senior Director of Medical Services, Dr. Deborah Nucatola, in Los Angeles, while ABR is the oldest fetal tissue procurement company and works with Planned Parenthood in San Diego and other clinics around the country. Van Handel admits, “There are times when after the procedure is done that the heart actually is still beating,” and Larton describes abortions she has seen where “the fetus was already in the vaginal canal whenever we put her in the stirrups, it just fell out.”

CMP’s Project Lead David Daleiden notes, “Today’s video contains heartrending admissions about the absolute barbarism of Planned Parenthood’s abortion practice and baby parts sales in which fetuses are sometimes delivered intact and alive. Planned Parenthood is a criminal organization from the top down and should be immediately stripped of taxpayer funding and prosecuted for their atrocities against humanity.”

I wrote an article yesterday for MRCTV about a women who was pushed by Planned Parenthood to donate he baby’s body after an abortion (read it here). The way that post ended is appropriate for this post also

With its practice of cheapening the perception of life in order to push abortions and mutilate the dead fetus (or in this case live baby), Planned Parenthood is not only destroying the soul and life of the aborted baby, but also a bit of the soul of the mother who they confounded with their twisted logic. And as the ancient Rabbis implied, each time Planned Parenthood successfully convinces a woman it is just recycling, the disposal of the “products of conception,” they are destroying part of the soul which gives us our humanity and, thus, the entire world.