The Bard Of Avon Could Have Been Writing About Today's Politicians 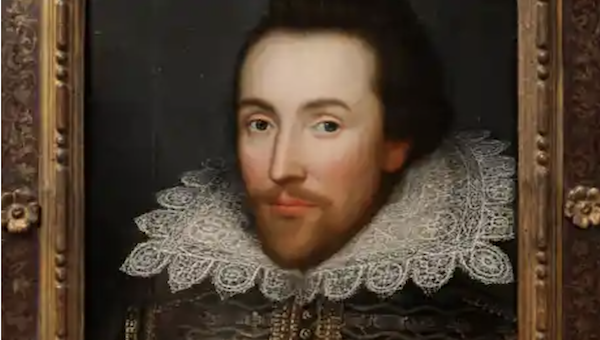 “It is a tale told by an idiot, full of sound and fury, signifying nothing.” Macbeth

April 23rd is the birth date of the greatest English language playwrite ever.  Well, it may have been April 23rd. But his birth date was never recorded, but his baptism was recorded as April 26th.  As baptisms typically took place within three days of a new arrival, he was assigned the birth date of April 23, 1564, but to be honest, it could have been April 24th or 25th. Meaning if he was alive today, he would be 458 years old. That may motivate someone to describe him as having “The rankest compound of villainous smell that ever offended nostril” The Merry Wives of Windsor.”

One of my college majors was theater, therefore I must admit that I’m a bit prejudiced. I have read most of the Bard’s work and acted in some of them. William Shakespeare’s work was both the best written and most universal. Beyond beautifully written theater, the Bard’s work fits into many subjects, including political science, history, and sociology, satire. And even a look at how attitudes about race, different faiths, and women. His work is still relevant today.

His plays contain some of the best insults ever written, and they are still relevant today. For example, this one from Romeo and Juliet could apply to any member of the U.S. Senate, “He is a gentleman that loves to hear himself talk, and will speak more in a minute than he will stand to in a month.”

Some of his insults could apply to today’s politicians.  For example. below is the play, the quote, and the modern politician an insult could be describing (IMHO):

See what I mean? Shakespeare’s work is timeless.

Happy Birthday To The Boid Of Avon!