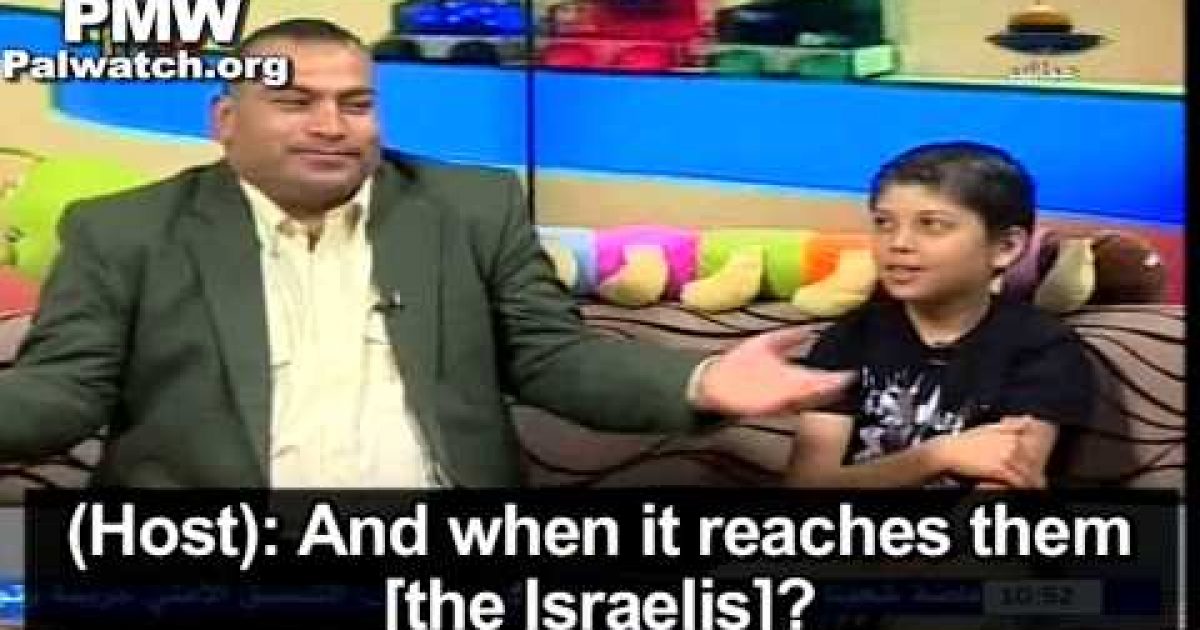 According to the official Hamas TV Channel, Al-Aqsa TV, the goal of the latest episode of their children’s program “Tomorrow’s Pioneers” is “to encourage and excite our audience, our children friends.” by teaching the children hat a rocket sounds like “when it is launched from us” and “when it reaches them [the Israelis].”

In the video above, the child hosting the program asks her guest an adult mimic, to do “a last imitation of the sound of our rockets.” According to the host, (a child) the sounds were made “to encourage and excite our audience, our children friends. “After hearing the rocket sound, a child in the studio identified it as “the M-75″ rocket. The mimic is asked to make a sound of the rocket when it reaches [the Israelis], which the guest says he can’t do because he can’t hear it, but the helpful bee puppet interjects, ” No, no, I heard it, I was in the clouds. I heard it go (makes explosion sound)”

This episode, as well as other programs on Hamas and Fatah-owned TV, is designed to teach the Palestinian youth hatred so they can be used as a political weapon. A May 2nd episode of “Tomorrow’s Pioneers,” uses the bee puppet to teach children to “shoot the Jews.”