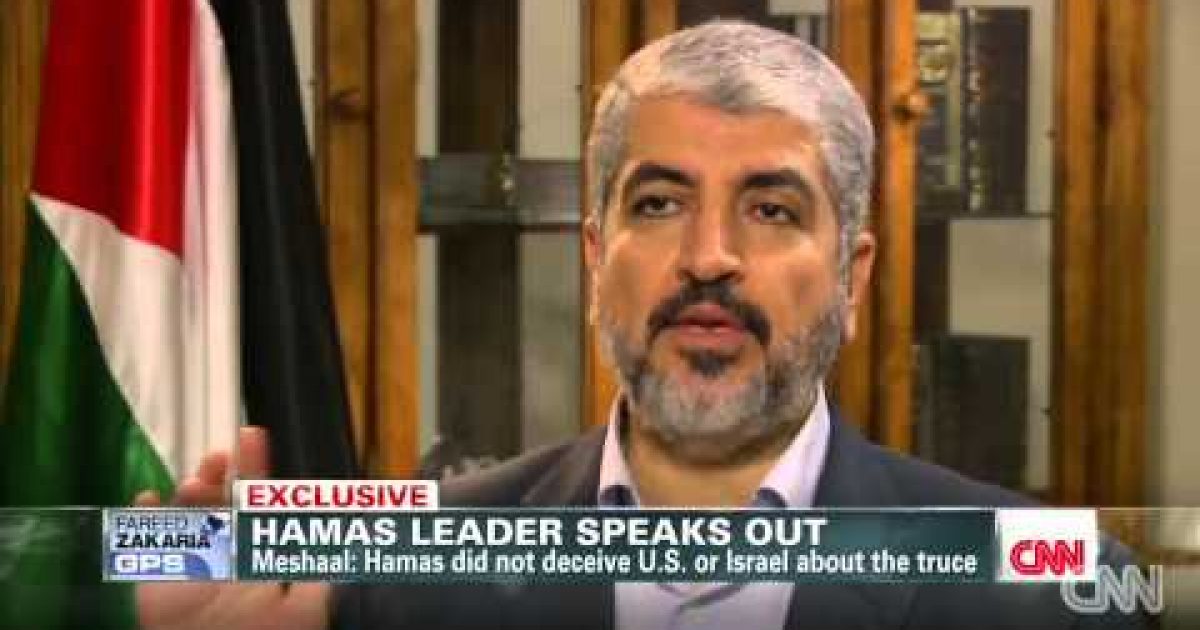 Khaled Meshaal the leader of Hamas says his organization does not use human shields.

Two weeks ago we published ten examples of Hamas using civilians as human shields. Last week we published ten more examples. Since Mr.  Meshaal still doesn’t believe what his people are doing (or since he is lying) below are ten MORE examples Meshaal is lying.
1) From an Al Jazeera Reporter:

Bonus) Not a human shield example just deaths due to Hamas.


3) Muslim Imam Rachid Birbach: “I’d like to make myself clear: I support Gaza and Palestine. I am against oppression. The Palestinian people are caught between a rock and a hard place: between the Israeli bombardments, on the one hand, and the abuse and siege by Hamas, on the other hand – and the latter is even more terrible. Hamas has been using them as human shields,” he said


4) Live on French TV:  A reporter for France 24, Gallagher Fenwick, was reporting from Gaza Friday and explaining how its residents’ “food security” has been affected by the fighting there, when something unexpected happened. “This was a rocket,”, a rattled Fenwick told his audience, “this was a rocket, rockets were just shot right next to where we are standing, so I’m not going to stand here very long because usually there’s a strike just moments after this occurs.”
5) Reporter from Finland: Aishi Zidan of Finland’s Helsingin Sanomat noted that the rocket was fired from the backyard of the hospital.


6)12 Examples From The IDF
7) Hamas Leader Praises the human shields: Hamas official, Ismail Radwan, praises Palestinians in Gaza for sacrificing woman, children and elderly. He congratulates them for “re-drawing the map of the homeland with your blood and body parts”.
8) Shifa Hospital in Gaza Hamas’ main command bunker: The idea that one of Hamas’ main command bunkers is located beneath Shifa Hospital in Gaza City is one of the worst-kept secrets of the Gaza war. So why aren’t reporters in Gaza ferreting it out? The precise location of a large underground bunker equipped with sophisticated communications equipment and housing some part of the leadership of a major terrorist organization beneath a major hospital would seem to qualify as a world-class scoop—the kind that might merit a Pulitzer, or at least a Polk.

9) Live on Al Jazeera: Al Jazeera reporter Nicole Johnston stands on a dark Gaza street when the night is suddenly lit by the launch of three rockets at Israel from only a few meters away