It’s Okay For Halle Berry To Play An X-Man, But It Is Bad If She Even Considers Playing An Ex-Woman. 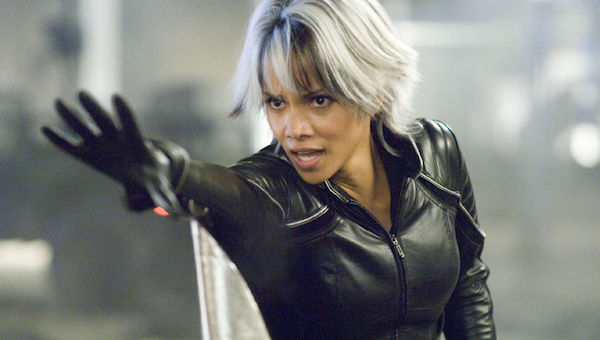 This cancel culture mentality works like a forest fire. There is never a point at which it becomes satisfied and relents. No, it just gets bigger and more destructive. Now that ‘fire’ has been threatening no less a figure than Halle Berry.

In an Instagram live interview on Friday, the actor said she had been preparing for the role of a transgender man but had not been officially cast.

“[It’s] a character where the woman is a trans character, so she’s a woman that transitioned into a man. She’s a character in a project I love that I might be doing,” Berry had said. She added that she wanted to take a “deep dive” into “that world,” likely referring to the trans community.

Halle is one of the more accomplished of the Hollywood elite and has been churning out movies for a very long time. But even being the first Black woman to win an Oscar for Best Actress wasn’t enough to protect her from the scolding finger of Cancel Culture.

Usually, Hollywood getting behind an LGBT story is a good thing, right?

Not in this case. This time, Halle Berry ran afoul of the newest edition of the identitarian regulations.

She made the mistake of considering acting in a role as a transgender man. For those who have trouble keeping up with the terminology, that’s someone who was born as a woman but plans to live as a man. And all hell broke loose on her.

Of course, if gender is a social construct, as they claim, one might wonder why such rules are so rigidly applied in the first place.

But she reacted to the mob, yielding ground to them.

“As a cisgender woman, I now understand that I should not have considered this role and that the transgender community should undeniably have the opportunity to tell their own stories,” she wrote on Twitter.

Note: Cisgender is a person who identifies with the gender that corresponds with their birth sex.

“I am grateful for the guidance and critical conversation over the past few days, and I will continue to listen, educate, and learn from this mistake.”

In other words, it is okay for Halle Berry to play an X-Man, but it is bad if she even considers playing an ex-woman.

Of course, feeding the mob with acts of contrition only emboldens and makes them stronger.

But apparently, we haven’t learned that lesson yet.

Parts of this post were first seen at ClashDaily