Hagel Booted—>Sources Say ‘Couldn’t Handle The Job’ (But Was He Scape Goat?) 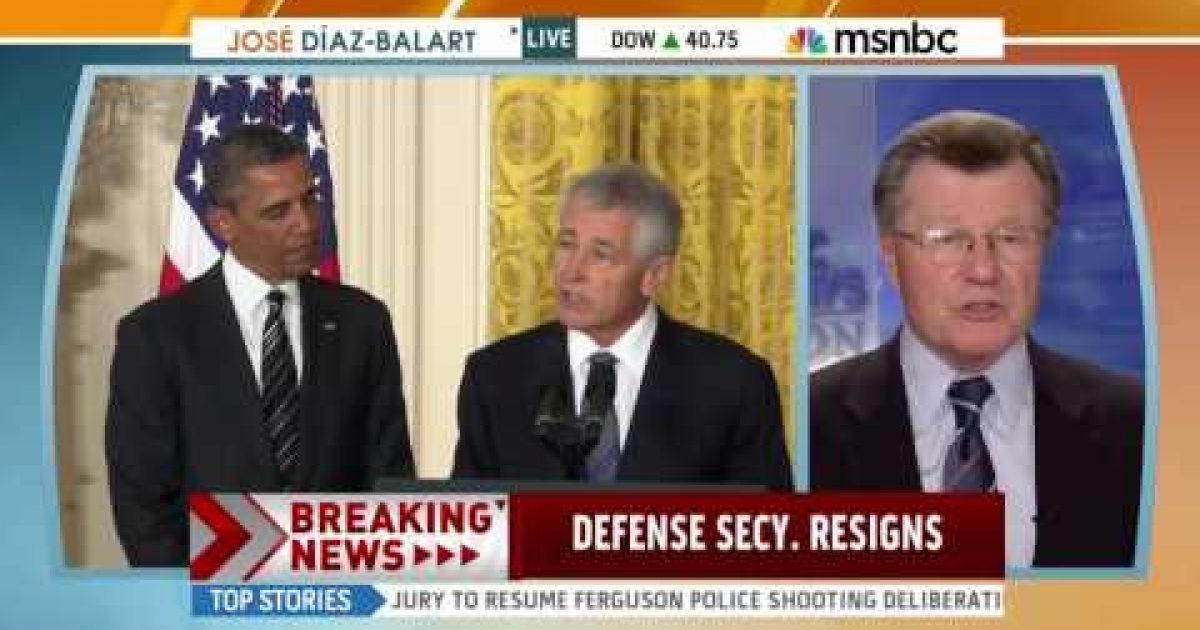 Defense Secretary Chuck Hagel is stepping down amid criticism of the president’s national security team on a series of global issues, including the threat posed by the militant group known as ISIS.

The officials say the White House has lost confidence in Hagel to carry out his role at the Pentagon. According to one senior official, “He wasn’t up to the job.”

On the other hand Hagel may be the scape goat for the failed Obama policies especially related to terrorism , after all the President wasn’t going to fire Susan Rice or John Kerry.

McCain on AZ radio, on Hagel: “He was in my office last week. He was very frustrated… believe me, he was up to the job.”
— daveweigel (@daveweigel) November 24, 2014

The true story will come out eventually.

Below is the initial report from NBC New’s Jim Miklaszewski