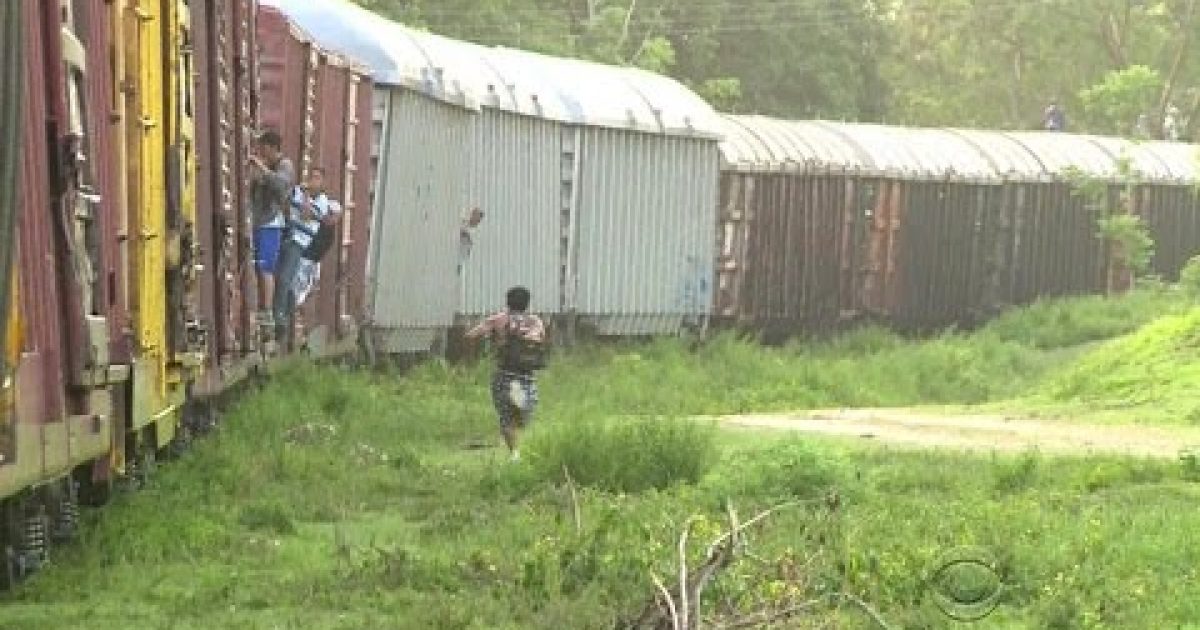 AP and CBS News are reporting a surge of I  Criminal Alien Trespassers, rushing to come into the United States via our southern border before election day.

Immigrants have been streaming from Mexico through the streets of McAllenTexas on a daily basis, according to CBS News. And it’s not just adults and families. The flow of unaccompanied minors at the U.S. border is up nearly 50%.

Border Patrol Agent Chris Cabrera says, they’ve been seeing “mass spikes” in  crossings of i criminal alien trespassers via the U.S.-Mexico border, thanks in part to the election. Apparently the  trespassers believe that Hillary Clinton is going to win the election and they want to make sure they are in the U.S. early enough to be granted amnesty by Clinton.

“The smugglers are telling them if Hillary [Clinton] gets elected, that there’ll be some sort of amnesty, that they need to get here by a certain date,” Cabrera said. “They’re also being told that if [Donald] Trump gets elected, there’s going to be some magical wall that pops up overnight and once that wall gets up, nobody will ever get in again.”

Cabrera added that they’ve encountered up to 1,000 immigrants along McAllen’s stretch of the border some days.

“We’re getting mass spikes of people crossing and turning themselves in,” he said.

The people smugglers are correct, although there is probably no rush. Part of a Clinton speech given to a Brazilian bank in May 2013 was included in one of the  Wikileaks releases. The speech included Hillary’s desire for open borders:

“My dream is a hemispheric common market, with open trade and open borders, some time in the future with energy that is as green and sustainable as we can get it, powering growth and opportunity for every person in the hemisphere.”

Even if she doesn’t get the open borders she desires, the Center for Immigration Studies’ Steve Camarota has projected that, based on the minimal figures Clinton has put forth thus far, Clinton could add 10 million new immigrants to the U.S. during her first term alone – in addition to the 11 million Criminal Alien Trespassers Clinton has said she plans to amnesty within her first 100 days in office.

On the other hand Donald Trump opposes any legal status for immigrants in the U.S. illegally. In his plan, they would have to return to their home countries and apply for legal entry should they wish to come back.

Also interesting is that the Criminal Trespassers are turning themselves in—they know that Barack Obama will not enforce U.S. immigration law.

Watch the video report below.