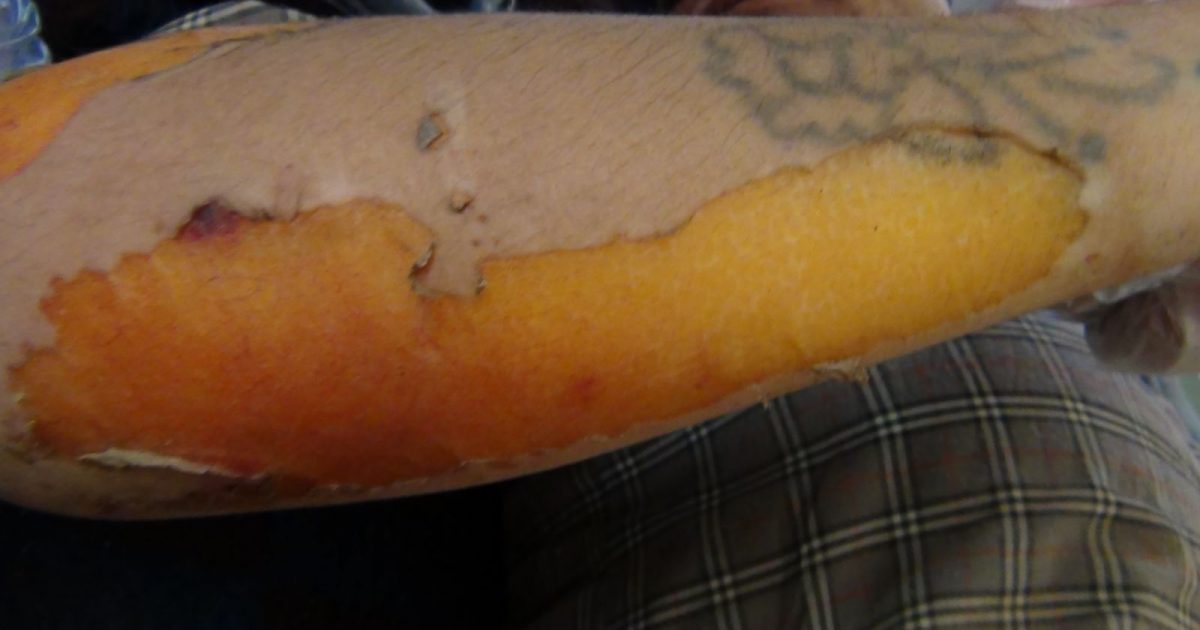 The Syrian city of Kobani on the border with Turkey is under attack from ISIS fighters. Three months ago ISIS tried and failed to take over Kobani despite the fact the terrorist group used a chemical agent, most probably mustard gas, in its attack.

As reported by the Middle East Review of International Affairs​:

Prior to the current campaign, the most serious (but unsuccessful) attempt to conquer Kobani came in July 2014, shortly following the dramatic IS advance into Iraq.

It was during this assault on Kobani that evidence emerged which appeared to point to the use by the Islamic State on at least one occasion of some kind of chemical agent against the Kurdish fighters of the YPG (Peoples’ Protection Units).

The July offensive commenced on July 2nd. According to Kurdish activists, the use of the chemical agent took place on July 12th, in the village of Avdiko, in the eastern part of the Kobani enclave (now in IS hands.)

Nisan Ahmed, health minister of the Kurdish authority in Kobani, established a medical team to examine the incident. According to Ahmed, the bodies of three Kurdish fighters showed no signs of damage from bullets. Rather “burns and white spots on the bodies of the dead indicated the use of chemicals, which led to death without any visible wounds or external bleeding.”

Middle East Review of International Affairs (MERIA Journal) has acquired exclusive access to photographs of the bodies of these fighters, some of which appear below for the first time.

According to expert Israeli sources who have seen the pictures, they appear to indicate the use of some form of chemical agent, probably mustard (blister agent), but it is not possible to conclusively confirm this without further investigation.

ISIS may have captured the weapons when they took over the Al Muthanna facility in Iraq which contained (according to the UN), “2,000 empty 155mm artillery shells contaminated with the chemical warfare agent mustard, 605 one-tonne mustard containers with residues, and heavily contaminated construction material.”

In 2007, the CIA reported that the supposedly degraded chemical weapons material might still be usable.

Stockpiles of chemical munitions are still stored there. The most dangerous ones have been declared to the UN and are sealed in bunkers. Although declared, the bunkers contents have yet to be confirmed.

The CIA report confirms that al-Muthanna was used for the production of chemical weaponry including mustard agent. The report also confirms that investigations have been unable to ‘unambiguously determine’ the fate of munitions at the site, and that while stockpiles clearly are stored at the site, the precise nature of these stockpiles remains unconfirmed. There are no indications that this situation has changed in the period since the report.

According to the MEMRI report, an incident at Avdiko village in Kobani on July 12th suggests that ISIS may well have succeeded in making some of this material available for use in combat. The pictures below seem to verify a mustard attack. If the chemical agent was taken from the Al Muthanna facility, it means that this terrorist group has WMDs in its arsenal (additional photos at MEMRI).