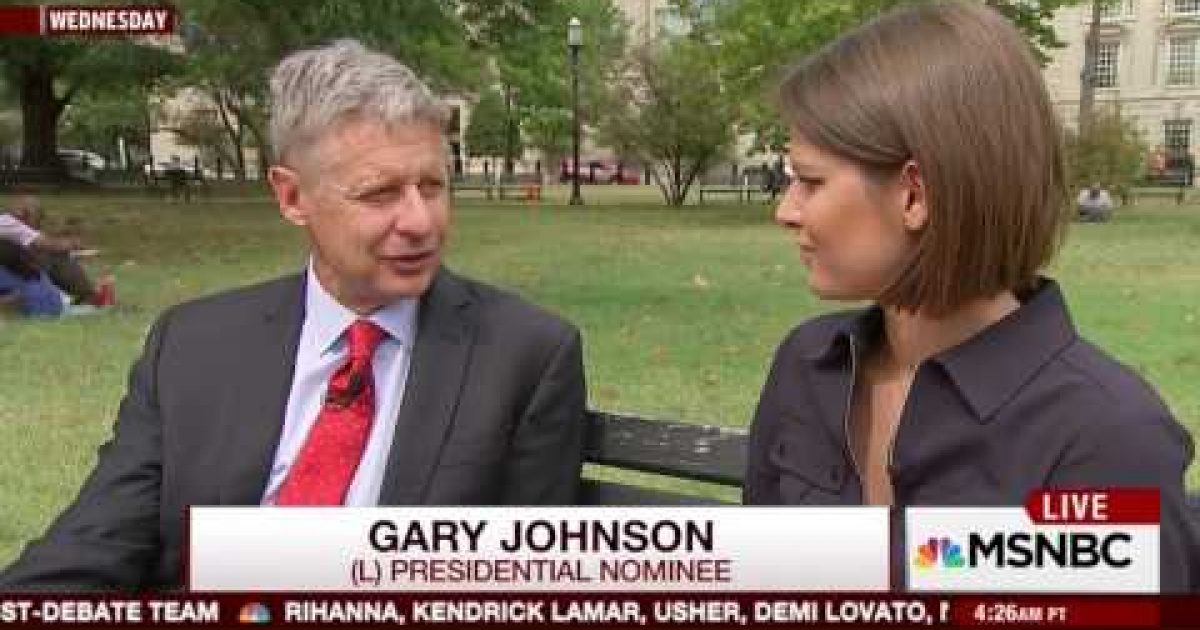 It’s not what you think, but it’s just as gross.. during an interview with MSNBC’s Kassie Hunt, Libertarian Candidate Gary Johnson slipped out his tongue:

Hunt: You think if you were able to get on the debate stage that you can pull even with Trump and Clinton?

Johnson: I do and and it wouldn’t be you wouldn’t have anything to do with my debate performance either it would just be that people would recognize that there’s another choice and that there would be an examination of me and bill weld as as who we are and what we’ve done and (sticks out his tongue and keeps it out while making the rest of his statement so you can’t understand what he’s saying).

When the clip ended, Ms. Hunt said to a stunned Mika Brzezinski “it’s never happened to me in an interview before.” I just hope this incident doesn’t give her nightmares (heck, I hope watching the interview doesn’t give ME nightmares).

Since first watching this video I have been wracking my brain trying to figure out why a candidate for the presidency would make himself look so ridiculous in front of a national audience, less than 50 days before the election. The only thing I can come up with is that he’s trying to get people to forget the Aleppo gaffe.  If that’s his purpose it just may work because IMHO this is worse because people will remember this much longer.

For those of you who are looking at voting for Gary Johnson instead of Donald Trump, I have just one word for you, REALLY?