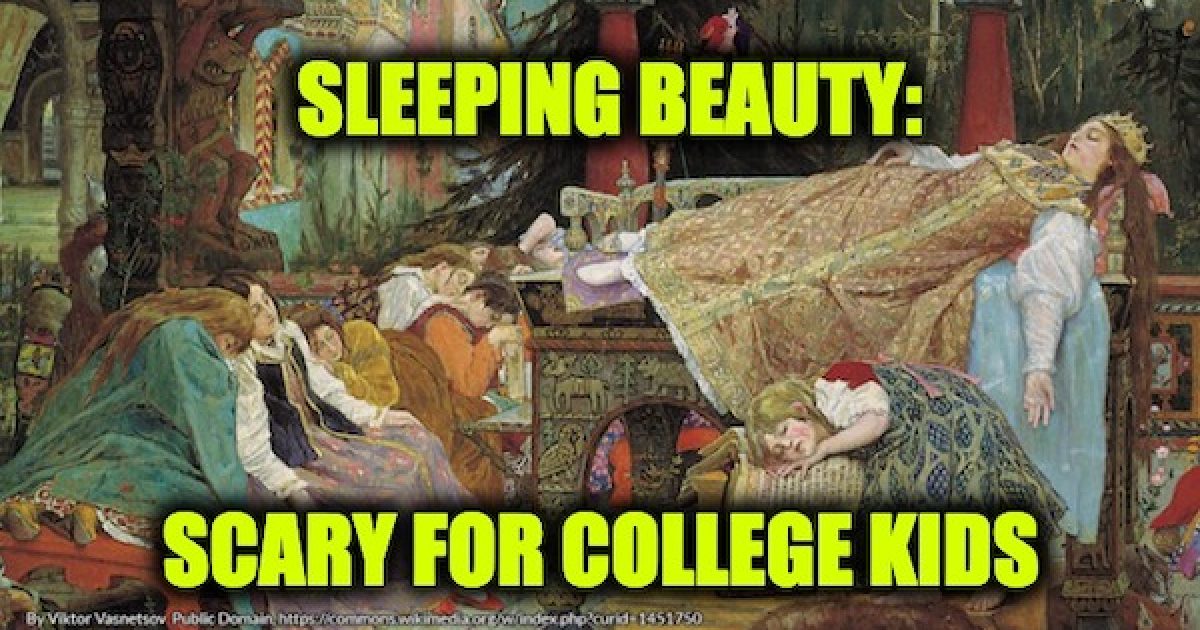 Time to feel bad for the everyone gets a trophy, no one loses, everything is done for them, hide in safe spaces generation who has never learned how to think for itself because they have been spoon-fed since birth. The everybody gets a trophy generation is seemingly getting weaker by the day; a university in Scotland has found it necessary to issue “trigger warning” for college students asked to read Grimm’s Fairy Tales for class.

Seriously, can millennials be any more ludicrous?

This season, Glasgow University gave details of its modern languages and cultures course that included readings of Grimm’s Fairy Tales. Of course, anyone familiar with the originals knows that they can be dark and violent tales of caution.

But, the lecturer felt he needed to provide a trigger warning and warned students that the fairy tales feature child abuse, incest, and other violent material.

The school thought it best to alert students that the original tales just might upset their widdle minds.

The Grimm Brother stories in the course include Snow White, Sleeping Beauty, Hansel and Gretel, and Little Red Riding Hood.

According to the Daily Mail:

The lecturer in charge said: ‘When I teach my Grimms’ Fairy Tales class, I always say some of the material includes child abuse, incest and other violent material.

“As we do psychological readings of the tales, this can be important to acknowledge.” Trigger warnings are given verbally or on an internal website named Moodle so that students know about content that could upset them. Complaints have led to warnings being read out.

Well if these pampered students cannot take the original Grimms’ Fairy Tales, why doesn’t the professor get a TV and DVR player and show the Disney Classics?

The paper also found out that other courses that include the reading of historically classic texts — such as Roman and Greek tales — also constantly feel the need to warn students that the reading material may be upsetting. Sure, they must even present a revised version of a classic Greek tragedy, it’s called; Oedipus-At Least He Called His Mother.

Students expected to study religious texts are also constantly warned about the possibility of reading unsettling material. Gee, I wonder what they are talking about. Do you think they get freaked from my personal favorite Bible story?  I’m talking about the second chapter of the second book of Kings. That’s when the ruffians make taunt the prophet Elisha for being bald and he curses them and two female bears came out of the forest and tore forty-two of the boys. Moral you don’t mess with bald guys.

Anyway, how do these fragile snowflakes get out of bed every morning?

Worse, why does any one give a flying leap if they are triggered?

Truth be told they should just be told to shut up, do the reading and any related work, and grow up?