Greg Gutfeld is Mad at Me (About Ukraine & the Holocaust) 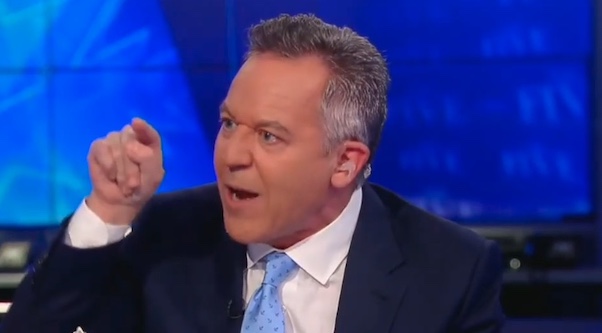 Greg Gutfeld is mad at me [Rafael Medoff].. Why? Because I compared his conspiracy theory that journalists are exaggerating Ukrainian suffering to the accusations made during the Holocaust that Jews were exaggerating their suffering. I stand by that comparison, no matter how many times the host of Fox’s highly-rated “Gutfeld!” show calls me to express his displeasure.

When you write articles on controversial issues, you occasionally receive hostile responses from those you criticize.

An official of the Chinese embassy in Washington once called me to complain about an article in which I urged a boycott of the Beijing Olympics because of Chinese human rights violations. He said he was “instructing” me to stop writing such articles. I suppose in his country, that sort of thing can be intimidating.

A temperamental pundit once accused me of being “un-American” because I criticized the American government, under President Franklin D. Roosevelt, for shutting our country’s doors to most Jewish refugees during the Holocaust. My accuser had a bizarre definition of patriotism.

And then there’s Greg Gutfeld, one of Fox’s highest-rated talk-show hosts, who was upset enough at an article I recently wrote for the Jewish Journal that he personally called me.

“I have just one question—why did you f—ing write this?!?,” he asked, in language he would never be allowed to use on “Gutfeld!” or on “The Five,” which he co-hosts.

It all began when Gutfeld remarked, on “The Five” on March 8, that news stories showing the suffering of Ukrainian civilians “have sped up and are accumulating to create a narrative. That narratife only go in one direction…an image is taken and then played over and over and over again to create some kind of emotional response out of you because that makes a profit for news companies.”

Gutfeld also suggested that the motive for this supposed conspiracy by the news media is not only profit-seeking but also to unfairly paint Russia as a bully. “The humanitarian crisis could have been prevented” if the media were not presenting the conflict as “a David and Goliath narrative,” which could “lead to more suffering,” he asserted.

Unfortunately for Gutfeld, just moments later, Fox News war correspondent Benjamin Hall appeared on the broadcast and said, “Speaking as someone on the ground, I want to say that this is not the media trying to drum up some emotional response… [Ukrainian cities] are being absolutely flattened. It is an absolute catastrophe, and the people caught in the middle are the ones who are really suffering.”

Hall is now hospitalized after suffering severe injuries in a Russian missile attack that killed two of his Fox News colleagues.

Gutfeld’s Ukraine conspiracy theory was reminiscent of how some officials of the Roosevelt administration—including FDR himself—and the British Foreign Office privately accused Jewish groups and other refugee advocates of conspiring to “exaggerate” Jewish suffering during the Holocaust to gain sympathy. President Roosevelt once dismissed Jewish complaints as “sob stuff.”

My comparison between Gutfeld’s conspiracy theory and the Holocaust-era conspiracy accusations is valid. Not because the Russian invasion of Ukraine is comparable to the genocide of the Holocaust; it’s not. The analogy is legitimate because in both cases, the victims or their supporters were falsely accused of conspiring to do something they didn’t do.

Gutfeld’s conspiracy-mongering didn’t end with his March 8 remarks. He added a new layer in his phone call to me this week. At one point in his tirade, he said, “You were asked to write this attack on me! You were asked to write it!” I replied, “Asked? By whom?” But it was nearly impossible to get a word in edgewise. He steamrolled right past my question without ever explaining who it is, exactly, that he thinks was the nefarious secret hand behind my criticism of his statements.

Of course, nobody “asked” me to write that article or this one. My criticism of Gutfeld’s remarks is not part of some conspiracy against him. But it says something about his view of the world that not only does he think journalists are conspiring to misrepresent events in Ukraine, but he also seems to believe that if somebody criticizes his conspiracy theory, then the critic himself must be part of some other conspiracy.

Rabbi Stephen S. Wise, the most prominent American Jewish leader in the 1930s and 1940s, often spoke about controversial subjects from his pulpit. He once said that if he gave a sermon and at least one person did not walk out in protest, the sermon was not worth giving.

My criticism of Greg Gutfeld’s conspiracy theory was worth writing, despite his unpleasant call, because he plays a role in shaping public opinion regarding Ukraine. A few days after his original remarks, Gutfeld referred to his exchange with Benjamin Hall as “a little kerfuffle.” But it was much more than that. It matters whether the American public views reports of Ukrainian suffering as a conspiracy to manufacture “an emotional response” or shining a light on the genuine atrocities that Russian forces are committing. In the end, public opinion will help determine how the United States responds to the horrors inflicted upon Ukraine.

Dr. Medoff is founding director of The David S. Wyman Institute for Holocaust Studies and author of more than 20 books about Jewish history and the Holocaust. His most recent book, The Jews Should Keep Quiet: Franklin D. Roosevelt, Rabbi Stephen S. Wise, and the Holocaust was published by the Jewish Publication Society of America / University of Nebraska Press. And available at Amazon(as are his other books).