The Corruption of Atmospheric Science 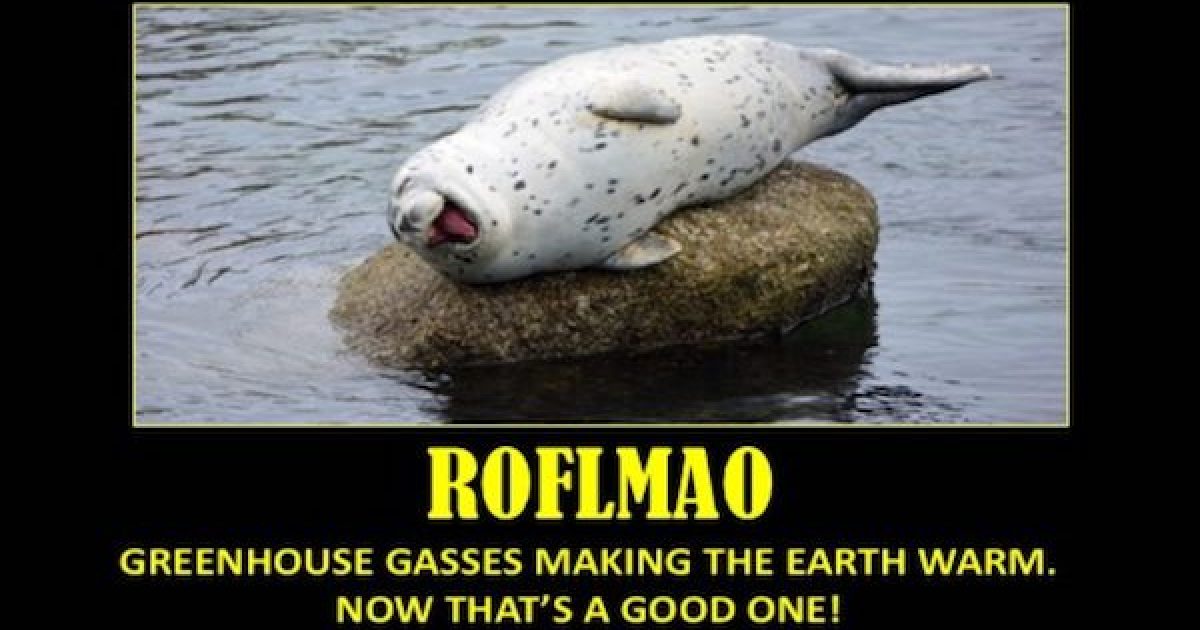 Norwegian scientists are taking carbon dioxide from the air with giant pumps and are preparing to release chemicals from a balloon to dim sunlight and to cool the planet according to recent press accounts in Europe.  The insanity of this enterprise is a stunning measure of the greatest scientific fraud of all time, “Man Caused Global Warming by Carbon Dioxide and Methane.”

For the record:  While the temperatures did rise from 1880 AD to 2000 AD 0.8 degrees Centigrade they have fallen more since and we note the annual rise of 0.0067 degrees C per year has never been measurable and well within the “circle of confusion” or statistical insignificance.

The United Nations claims the targets are wrong and will not be met simply by reducing emissions, but they offer no science, data, equations, etc. to support this claim.  There is sufficient data in one publication for them to define targets if they are competent; the January 1978 issue of Scientific American, “The Carbon Question” by George Woodwell, but they are too lazy or incompetent to do the work.  They only ask for more money from the United States!

They push for ways to reduce temperatures with an apparatus built by a Zurich, Switzerland company Climeworks to suck “greenhouse gases” from thin air with giant fans and filters in a $23 million, US funded, project it calls “the world’s first commercial carbon dioxide capture plant.”

“Direct Air Capture” research by companies like Climeworks has gotten tens of millions of dollars in recent years from the US government, Microsoft founder Bill Gates and the European Space Agency.

They plan to bury the gas underground apparently not aware of the fact it will diffuse and return to the atmosphere in a few years, but they claim it will stay underground forever, violating the diffusion laws of physics.  They claim, “If buried underground, vast amounts of greenhouse gases extracted from the air would help reduce global temperatures,” claiming this to be “…a radical step beyond cuts in emissions that are the main focus of the Paris Agreement.”

The irony is that this concept is obviously wrong several ways.  CO2 does not heat the atmosphere as we demonstrate in our experimental demo in “CO2 Is Innocent” at http://sciencefrauds.blogspot.com  You can clip-copy, print and have it authenticated by any physical science teacher or chemist.

Climeworks claims it costs $600 to extract a “tonne” of carbon dioxide from the air and the plant’s full capacity is 900 tonnes a year. That’s equivalent to the annual emissions of only 45 Americans.  So much for saving the world with the Climeworks System as it would take 353,333 of these units to correct the sins of America and at $20 million a plane, it would take $7 trillion, but America is rich!

Jan Wurzbacher, director and founder of Climeworks,  who has been taking lessons from Elon Musk, says the company has planet-altering ambitions by cutting costs to about $100 a tonne and capturing one percent of global man-made carbon emissions a year by 2025, but he has not made an estimate of how many trillions this would cost for a completely ridiculous technology.

Since the Paris Agreement, the CO2 business substantially changed from industrial and agricultural applications to “climate change.” Penalties for factories, power plants, and cars to emit carbon dioxide into the atmosphere are low or non-existent. They are only $5.82 a tonne, 1,000 kg or 2,200 lbs, in the European Union. That will change in the hands of the ever eager to tax socialist governments.

Isolating CO2 is expensive because the gas is only 0.04 percent of the air. Pure carbon dioxide delivered by trucks, for use in greenhouses or to make fizzy drinks now costs about $300 a tonne in Switzerland.  It will drop dramatically, but the “global warmers” see all the interest in capturing “evil CO2” as a cash cow and full employment program for many Ph.D.s.

To drive the scam the Paris Agreement seeks to limit a rise in world temperatures this century to less than two Celsius degrees (3.6 Fahrenheit), ideally 1.5C (2.7F) above pre-industrial times with perhaps the outlawing of the internal combustion engine which Al Gore said “…is a greater threat to humanity than nuclear weapons!”  Al took one physical science, dumbell survey course at Harvard and got a “D” in it ironically from Dr. Roger Revell, the man who invented anthropogenic global warming!

U.N. data claims current plans for cuts in emissions will be insufficient, without the United States, and that the world will have to switch to net “negative emissions” this century by extracting carbon from the air with Climeworks Pumps and Refrigerators.

Riskier “geoengineering” solutions could be a backstop, such as dimming the world’s sunshine, dumping iron into the oceans to soak up carbon, or creating clouds as they are highly reflective of sunlight.

New university research at Harvard, which means it has to be right as they are not only rich but smart.  A geoengineering project into dimming sunlight to cool the planet set up in 2016 has raised $7.5 million from not-too-swift private donors. They plan a first outdoor experiment in 2018 above Arizona where a fashionable garden party will be held under aircraft that are going to spray stuff in the air.

“If you want to be confident to get to 1.5 degrees you need to have solar geoengineering,” said David Keith, of Harvard, but everyone wondered what he was talking about as he was at a garden party luncheon where a talk on rose gardens was expected.

Keith’s team aims to release about 1 kilo (2.2 lbs) of sun dimming material, perhaps calcium carbonate, from a high-altitude balloon above Arizona next year in a tiny experiment to see how it affects the microphysics of the stratosphere.  “I don’t think it’s science fiction … to me it’s normal atmospheric science,” he said.

Some research has suggested geoengineering with sun dimming chemicals could affect global weather patterns and disrupt vital Monsoons, and make a lot of money for the perpetrators whether it works or not as the money is always up front for these guys.

At the recent Truffle Harvest celebration in Monaco, many experts feared pinning hopes on any technology to fix climate change is a distraction from cuts in emissions blamed for heating the planet, but then what would all the new Ph.D. climatologists have to do?

“We’re in trouble,” claims Janos Pasztor, head of the Carnegie Climate Geoengineering Governance Project says, “The question is not whether or not there will be an overshoot but by how many degrees and for how many decades.”

Faced with hard choices, many experts say extracting carbon from the atmosphere is among the less risky options. Leaders of the major economies, except President Trump, said at a summit in Germany this month that the Paris accord was “irreversible.” But of course first,  one has to prove that CO2 is a problem before it’s time to worry about whether or not it’s reversible. And in order to prove it, the global warming enthusiasts have to explain why during the last Ice Age, CO2 levels were 10 times higher than they are today.

Carbon Engineering, set up in 2009 with support from Gates and Murray Edwards, chairman of oil and gas group Canadian Natural Resources Ltd, has raised about $40 million and extracts about a tonne of carbon dioxide a day with turbines and filters.

But he added “the Paris Agreement helps” with longer-term options of sucking large amounts from the air.  Among other possible geoengineering techniques are to create clouds that reflect sunlight back into space, perhaps by using a mist of sea spray.

That might be used locally, for instance, to protect the Great Barrier Reef in Australia, said Kelly Wanser, principal director of the U.S.-based Marine Cloud Brightening Project.

Among new ideas, Wurzbacher at Climeworks is sounding out investors on what he says is the first offer to capture and bury 50 tonnes of carbon dioxide from the air, for $500 a tonne.

We challenge these estimations:  The “…5 euros ($5.82) a tonne” is ridiculous on its’ face.  A “tonne” is 1,000 kilograms and the standard way to capture CO2 is to freeze it out of the air and it is not possible at that price given the millions of Dollars such an apparatus would cost and the power it would consume per “tonne” freezing CO2 from air that has only 0.04% CO2!

The most outstanding criticism we can make is that the basic concept is completely and entirely wrong, fraudulent and an indictment of the entire weather science community if not the physical science community as well.  Why are so few younger Ph.D.s not speaking out? All of the serious critics are over 65, retired and independent.

We are in the LinkedIn database of physical scientists and have emailed 3,000 of our “CO2 Is Innocent” or “Proving Climate Change” papers to prove what we are saying, and not one has responded with an objection, correction or criticism, but only five have responded positively and three of those were “thumbs up” logos. The fact of the matter is that the physical science community knows and is participating in the fraud.  No nation can survive with a corrupted science.