Is The Green New Deal Built On An Old ‘Certified’ Big Lie? 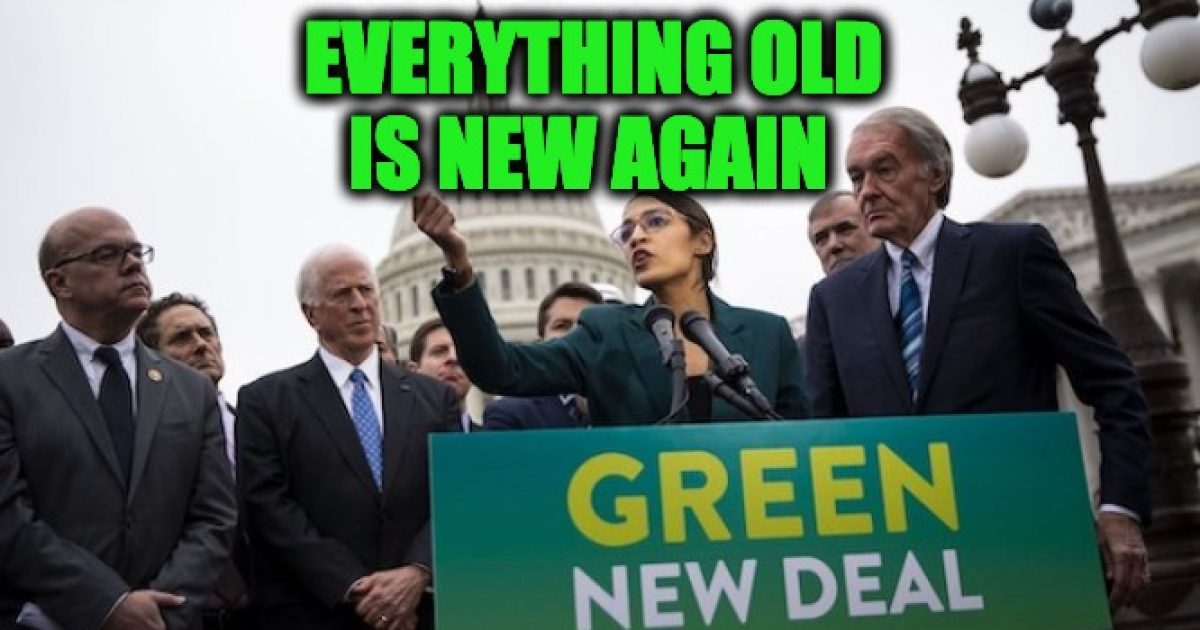 Now that Alexandria Ocasio-Cortez has declared herself the boss of the Green New Deal, will she also claim ownership of EPA’s multi-billion dollar product known as government “certified” energy efficiency? Very few Americans know anything about ENERGY STAR, arguably the most corrupt federal program in history that allegedly invented the most valuable commodity ever. For bureaucrats.

“If it’s not ENERGY STAR, it’s not energy efficient” wasn’t just a motto, it was the marketing vehicle to impose a new form of European Socialism on America. This crooked agency also provides the namesake for the ENERGY STAR Mandate that placed corrupt bureaucrats in control of America’s multi-trillion dollar annual procurement process under the guise of protecting America from the ravages of  greedy Capitalist.

Media demands that you believe ORANGE MAN BAD for announcing his intentions to ‘close out’ the ENERGY STAR program, which has been the primary funding source of the left for years. When President Trump pulled out of the Paris Climate Agreement and began dumping the Draconian regulations of Obama’s Clean Power Plan, it essentially ended the shadow governance of the EPA Billionaires Club. Leaving only the most dim-witted to advocate for the failed environmental policies that mainstream media has refused to disclose to the public. 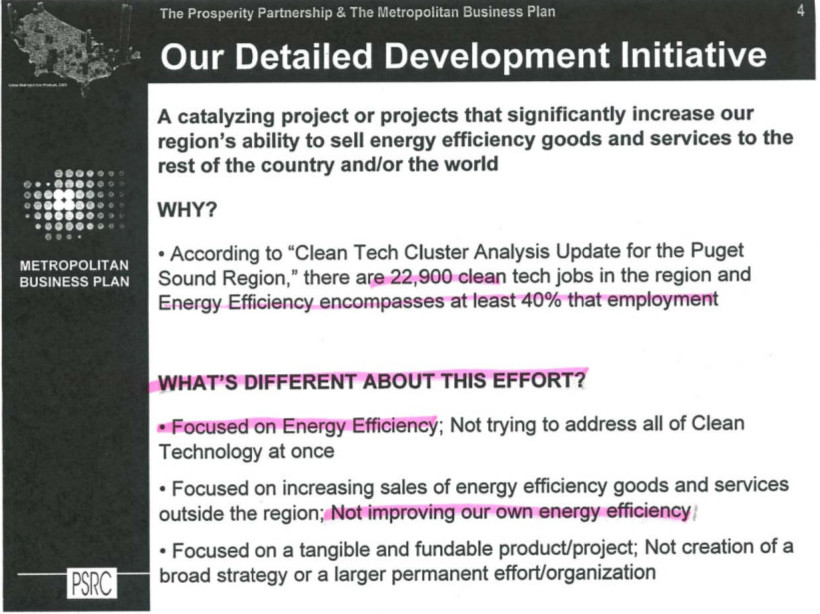 Is The Green New Deal Built On The Old ‘Certified’ Big Lie?

If Americans want true economic equality and social justice they should be demanding the repeal of the ENERGY STAR Mandate and seeking a return to transparency in government contracting.

Nothing provides a better example of the corrupt nature of Socialism than the history behind the ENERGY STAR brand, and the junk science produced by radical anti-Capitalist environmental groups for the financial benefit of non-profit organizations run by bureaucrats. How can any honest business compete against a Government-Owned Enterprise?

As someone that spent many years trying to market a real energy efficiency technology, I found that every green research program, technical report or environmental initiative was about creating revenues for EPA Partnerships, not increasing efficiency in industry. Which is why media never talk about reductions in greenhouse gases or other environmental benefits from ENERGY STAR, they will only discuss the massive revenue flowing into failed green ventures controlled by their cronies.

To have any proper understanding of the Green New Deal, you would first need to know where AOC is getting her facts. This information isn’t coming from a scientist, it’s coming from lawyers for radical green groups protected by the Deep State. Virtually all her crazy ideas came from a small set of radicals, which I believe deserve some public recognition for the most significant government invention of all time; ‘certified’ energy efficiency. An electrical commodity that lacks a technical description has no mathematical formula for measurement or verification and conforms to no National Standard. But its really, really valuable!

Let’s start with the Poised For Profits Partnership (P4PP), a group of bureaucracies that funded most of the research in question, which was conducted in large part by just two non-profits; Climate Solutions and the Northwest Energy Efficiency Alliance. The technical reports they produced turned ‘certified’ energy efficiency into a multi-billion commodity that has been marketed across the globe.

Climate Solutions was a franchisee of the notoriously anti-Capitalistic Earth Island Institute when selected by P4PP to operate a multi-billion dollar research program at the industrial facilities of large Pacific NW corporations.

The Northwest Energy Efficiency Alliance (NEEA) was another non-profit created by members of P4PP, which was billed as the nation’s premier energy efficiency testing group. NEEA conducted some of the most extensive and most expensive government-run research programs in history, including an Industrial Energy Efficiency program and is the group most responsible for the extraordinary energy-saving saving claims of ENERGY STAR.

NEEA also operated the EnergyIdeas Clearinghouse that was supposed to analysis new technologies and products, then the government agencies would assist entrepreneurs in overcoming market barriers to commercial success. No new products or services ever were introduced, because the bureaucrats running the programs were part of a secretive campaign of ‘Leveling The Playing Field’ and ‘Eliminating Barriers’ to their own Government-Owned Enterprise, which relied heavily on the pure junk science behind government ‘certified’ energy efficiency. This corrupt government agenda crushed thousands of legitimate businesses that dared to compete for customers against the EPA’s superior brand of products and services.

In 2004 a group of Seattle politicians formed the Prosperity Partnership, a government-created non-profit organization explicitly designed to corner global markets for clean energy technologies with P4PP data and influence. The Seattle-based non-profit then created a Regional Economic Agenda covering Washington, Oregon, and British Columbia, before banning all competition to their superior products within the region.

The reason for the total news blackout of the Prosperity Partnership was evident from the start when the Seattle elites released their bizarre Development Initiative which asked WHAT’S DIFFERENT ABOUT THIS EFFORT? Before explaining, we’re ” Focused on increasing sales of energy efficiency goods and services outside the region; Not improving our own energy efficiency.” Tax dollars designated for technologies to reduce dangerous greenhouse gases couldn’t be used in the region, but would instead be sold to customers outside of the area. But only to like-minded bureaucrats.

Then Seattle Mayor Greg Nichols crafted the Mayor’s Climate Protection Agreement in 2005 to meet the provisions of the Kyoto Protocols, which had been unanimously rejected by our US Senate. 1,060 cities joined that effort, but only Seattle claims to have succeeded in this noble quest. The shortcomings of the other 1,059 cities weren’t considered an abject failure in any way, just the standard stumbling blocks encountered by government Off-Budget Boondoggles. AOC’s Green New Deal is merely a re-creation of the Mayor’s plan on steroids, just a whole lot crazier!

The US has never developed a National Standard for the measurement and verification of electrical energy-savings in products and technologies, but that fact didn’t deter the Obama Administration from releasing the EPA: Lead By Example guide in 2009. Which directed bureaucrats to claim ENERGY STAR’s ‘certified’ energy efficiency was now producing energy-savings of 25-50% over identical products, then taking credit for tens of billions in energy-saving investments.

Next came the Save Energy Now program, a $100 billion boondoggle operated by EPA & DOE at Federal Universities, which had professors conducting energy audits at the industrial facilities of EPA Partners. Then claiming those audits saved billions of dollars and reduced tons of greenhouse gases while enhancing the reputations of EPA’s energy experts. If you’re wondering why higher education students are so supportive of Socialism, it may have a lot to do with this $100 billion program to line the pockets of bureaucrats.

The EPA’s business model was so successful that Canada, Japan, Taiwan, Switzerland, Australia, New Zealand the European Community allegedly adopted the EPA’s ENERGY STAR product line for their citizens. Foreign leaders must have been really impressed with EPA’s ‘certified’ products and services because they apparently decided everyone on the planet deserved some US government green.

The EPA’s ‘certified’ energy efficiency was selected in a ‘No Bid’ process as the sole source for all greenhouse gas reductions from energy efficiency in both the Paris Climate Agreement and Obama’s Clean Power Plan. That same ‘No Bid’ process was also used to select the EPA’s energy experts to conduct all measurement and verification services for both of those comprehensive environmental programs, despite the fact, there is no known standard for a measurement and verification processes. Lawyers made it all legal, so the science must be real. Right?

During the 2016 election, mainstream media provided extensive coverage of US Attorney General Loretta Lynch threating to bring RICO actions against citizens for mockery of state science, a totally non-existent crime. But provided virtually no coverage when the University of Texas delivered a real RICO action against the Alliantgroup, in what court documents described as a “Nationwide Scheme” to defraud thousands of bureaucracies out of millions of dollars in IRS tax credits for green projects conducted on campuses. Why would the media suppress this RICO lawsuit? Silence is golden!

This Texas RICO case provides an essential link between RINO’s and Progressives enjoying the big green. It would have detailed the collaboration between the Alliantgroup’s big-time Republican management and the Obama administration, which had already suppressed an IRS whistle-blower complaint about Alliantgroup back in 2011. IRS agents had sought a grand jury investigation of an employee whistle-blower complaint against Alliantgroup for similar allegations of tax frauds when the Obama Administration crushed what should have been an easily provable case.

That activity occurred as President Obama was assuring the nation there wasn’t even a ‘smidgen’ of corruption at the IRS that had recently been caught illegally targeting Tea Party and Conservative groups seeking non-profit status. Almost every whistle-blower complaint in the last decade has been stymied for the exact same reason; following the money.

Honest Americans would be well advised to focus on the massive economic benefits that would occur from the repeal of the ENERGY STAR Mandate. Allowing small businesses to compete for trillions of dollars in contracts in a transparent process under America First policies would create real prosperity for millions in a hundred different ways. All of which could be talked about openly by Americans with real pride in products and services that benefit our society.

There is no market for junk science anymore. So we should let Democratic Socialist fight it out with Progressive Marxist for control of AOC’s pipe dreams, while we Make America Great Again!

Cross Posted by Request by N4Mation.com