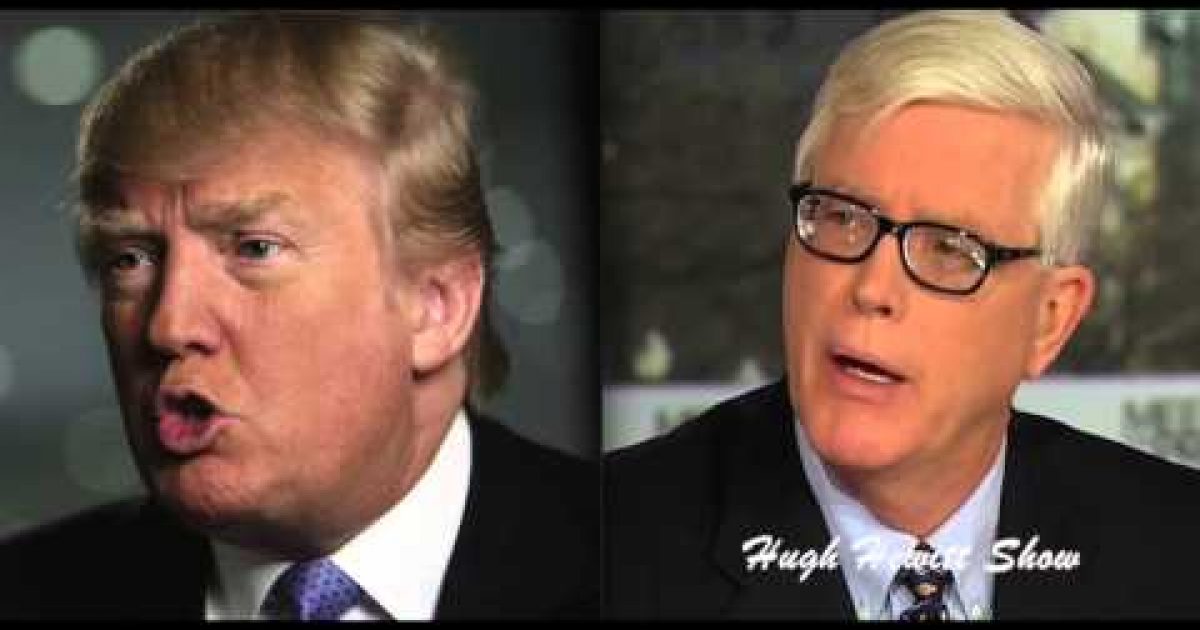 One could understand Donald Trump calling himself a successful businessman, or a big TV Star, the eyes start getting raised when he calls himself a conservative, or worse a politician, but now Trump is acting like he thinks he’s a doctor.

The billionaire birther buffoon is now working on a different conspiracy theory, a guest on the Hugh Hewitt radio show, Trump is working on the premise that vaccinations cause autism.

The Link between Autism and the Measles, Mumps, Rubella vaccine (MMR) is the medical version of the “birther” or “truther” story.  The original study which made the connection has never been  duplicated, the original paper was withdrawn as false by the medical journal which originally published it, yet for the people who believe it true there is probably not enough evidence in the world to convince them the original study was bogus. And while the study’s believers (such as “actress” Jenny McCarthy) continue to try and convince parents not to vaccinate their kids, unnecessary cases of Measles and Mumps in the United States continue to rise as do needless deaths from these childhood diseases.

In January 2011 the case linking the MMR vaccine to Autism was destroyed. In an article called, “Wakefield’s article linking MMR vaccine and autism was fraudulent” The British Medical Journal published the result of an independent investigation revealing that the British doctor who authored the study, Andrew Wakefield, was guilty of an “elaborate fraud” by faking data in his studies linking vaccines with autism.

Hewitt: Last question, because you’ve been very generous, I appreciate the time.

Trump: Yeah, I’ve enjoyed being with you, Hugh.

Hewitt: And it goes to a tweet that you put out. I love the fact that you tweet your own stuff. You wrote massive combined inoculations to small children is the cause for a big increase in autism. Spread shots over a long period, and watch positive result. Do you stand by that, Donald Trump?

Trump: Okay, I do, and let me explain it real quickly. I am a total believer in getting the shots and having it done, and I am a total believer, 100%, nobody a bigger believer. What I don’t like seeing is that 20 pound little baby going in and having this one massive inoculation with all of these things combined. I’d like it spread over, because look, our autism rate is at a level that it’s never been. Nobody’s ever, you know, in the old days, you didn’t even hear about autism, and now it’s at a level that’s so high, especially in boys, but so high that nobody can even believe it. What I’m saying is 100% I want to see it happen. I want everybody, but it should be spread over. Smaller doses over a longer period of time. So spread it out over a year. There’s no harm in that, and I believe autism will go way down.

Trump: I totally believe, but I would like to see it spread out and in smaller doses.

Hewitt: So you believe there’s a causal connection between vaccines and autism?

Trump: Well, a lot of people do. I mean, there are many people that do. And I know at least two people, one of them who works in the building that I’m in right now, a beautiful woman, has a child. The child is 100% healthy, takes the child, who was I think around a year and a half or two years old to get the shot, gets this massive shot of fluid pumped into the baby’s body, and a few days later, catches a fever, and all of a sudden, is severely autistic. And many people, many people have had that experience, Hugh. And I will tell you, on Twitter and on Facebook, where you know, so many people, I feel, it’s sort of interesting, because I get so much response, people are praying for me that I at least say that. So I totally believe in the shot. I totally believe that you should be vaccinated. But let them spread it out over a little period of time. You can’t pump that, because have you ever seen the size of these inoculations? You can’t pump that much fluid into a little baby’s body. And I think it’s having an effect. And I know of at least two cases in my, but many people say the same thing happened to me where their child is totally healthy. They get pumped up with this huge pile of liquid, with many, many different vaccines, and their child turns out to be autistic after it. And all I’m saying is spread it out in smaller doses over a longer period of time.

Hewitt: If a group of scientists came to you and said look, The Donald, that’s just, that’s not right, you’re giving out misinformation, would you change your mind if presented with facts on that?

Trump: Well, I’ve seen babies that were totally healthy that weren’t healthy, and I’m not asking for anything. All I’m doing is saying spread it out over a period of time. I’m not saying don’t get inoculated, don’t get the shots, don’t get the vaccines. I’m saying spread it out over a period of time. It doesn’t hurt anybody other than probably the pharmaceutical companies, because they probably make more money putting it into one shot. Maybe it hurts the doctors. I don’t know. But I can say this. Everybody would get the vaccines. They just, they wouldn’t be pumping these massive amounts of liquid into a child.