Why I May Move To Great Britain: They Protect Bald Men 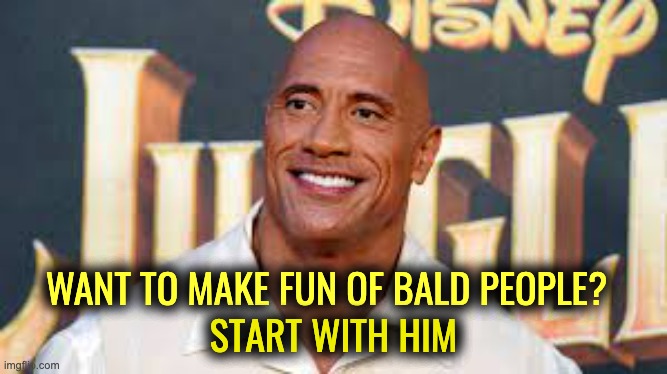 Even with Joe Biden as president, the United States is the greatest and most free nation in the world. However, I am seriously considering a move to Great Britain. No, it’s not like those liberal complaints I heard during the 2016 election campaign. Those leftist celebrities claimed that if Trump won, they would leave the country (but they didn’t). Lately, I’ve read similar statements on Twitter, If they let Trump back on that platform, they will leave the U.S. My reason for considering a move across the pond is not about anger at something going on in America. It’s much more important than that.

Insulting a man for being bald in the workplace amounts to sexual harassment in the UK, a panel of balding judges have ruled, according to a report Thursday.

Hair loss is far more common among men than women, so using the term is “inherently related to sex” — and equivalent to commenting on the size of a woman’s breasts,  the employment tribunal said, according to the UK Telegraph.

Some men have baldness and big moobs. And while some companies try to help out with hair plugs (like Biden), toupees, Finasteride, and the like. Additionally, I have told my wife if I ever start doing a “comb-over,” she should kill me. Beyond the hair issue, there is no company helping men with the moob problem. Noone has started manufacturing and selling a brassiere. This ruling ignores the moob problem and only speaks to baldness.

The finding — made by three judges who lament their own lack of locks in the judgment — came in the case of an electrician, Tony Finn, who sued a small Yorkshire-based family business over the term.

Things first got hairy when one of Finn’s supervisors, Jamie King, allegedly called him a “fat bald c**t  and he was later fired from the West Yorkshire-based British Bung.

Personally, I have faced anti-Baldness hatred. And for those who believe making fun of bald people is not important, allow me to remind you that it’s in the bible. One part of the second book of Kings tells the story of the prophet Elisha who was Elijah’s student.

In this section, Elisha shows how to handle people who make fun of my fellow skinheads.

Verse 23 And he went up from there to Bethel, and he was going up on the road and some little boys came out of the city and jeered him, and said to him, “Go away baldy; go away, baldy!”

Verse 24 And he turned around and saw them, and he cursed them in the name of God. And two she-bears came out of the forest and tore apart forty-two boys of them.

YES! That beats calling them sexual harassers. Please email me via the contact link above if you know how to control bears.

Honestly, I think I will take the harassment. A few bald jokes don’t overrule living in the world’s greatest and most free country.