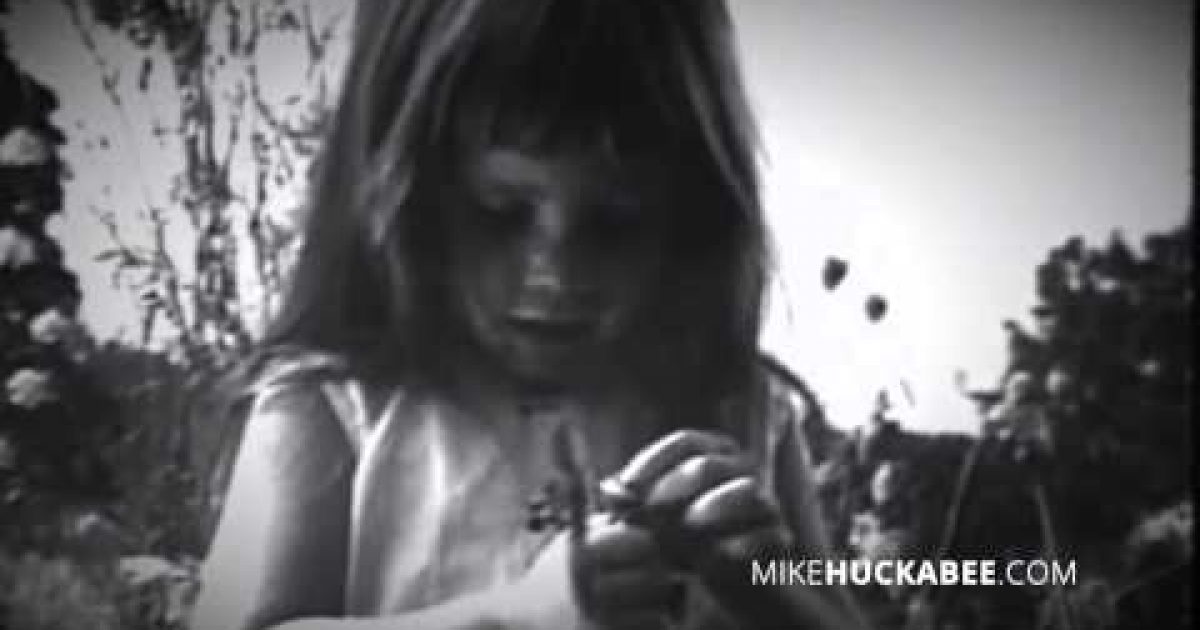 One of the most famous campaign commercials in history (and the most vicious) was used by Lyndon Johnson to smear Barry Goldwater as a war-monger. The commercial “Daisy” only ran on TV once (and that was 51 years ago) but it is still remembered by most of the people who saw it live.

GOP Presidential candidate Governor Mike Huckabee has created a commercial which recreates the Daisy ad, but instead of being a vicious, false attack on an opponent the Huckabee version “Iran Daisy,” is an alarm to alert America about the dangers of the Iran deal being negotiated in Vienna.

The video ends with a call for Americans to sign Gov. Huckabee’s letter to Secretary John Kerry that calls on the Obama administration “to reject a deal with Iran that will spark a nuclear arms race in the Middle East, threaten Israel’s existence and unleash a wave of terrorism around the world” the letter can be found by clicking here)

Huckabee’s video, not only was as effective as the original, but was a demonstration to the other GOP candidates that one can create an effective commercial without trashing their GOP opponents. It states his position, calls for action, and attacks a policy not a person.

“Iran Daisy” is embedded below: