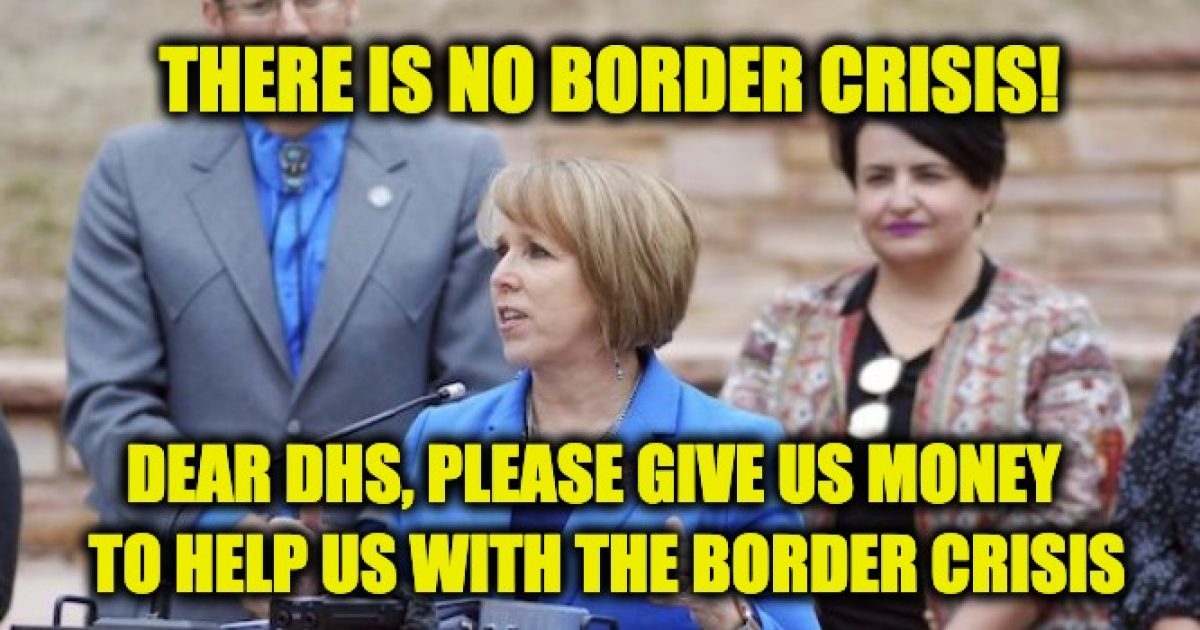 Talk about being a hypocrite! New Mexico Democrat Governor, Michelle Lujan Grisham, is asking the Trump administration to send her federal money to help solve the crisis on her southern border, only four months after she told the feds she was removing the NM national guard from the border.

This past February, Gov. Grisham removed her state’s National Guard troops from our southern border to protest what she told NPR was President Trump’s, “charade of border fear-mongering.” Adding,  “I reject the federal contention that there exists an overwhelming national security crisis at the Southern border,” Lujan Grisham said, adding that the area has “some of the safest communities in the country.”

After she pulled the National Guard from the border in February, Grisham went on MSNBC and yet again dismissed the notion that there was a crisis along the border. She also took shots at former Republican New Mexico Gov. Susana Martinez for allowing the National Guard to help at the border when she was in office

“While the former governor did comply with that request, and when there is a real national emergency, I would make the same decision.  But this is not a national emergency. We are spending $30 million on our troop’s deployment there. And that’s money he’s taking out of things I really do need in this state.”

But now, only three months after she exclaimed that there is no crisis on the border, Grisham is calling for help for the crisis at the border she said didn’t exist.

Per the Albuquerque Journal the governor has had numerous phone calls with the acting DHS secretary in recent weeks, and finally went to meet him face to face:

“Gov. Michelle Lujan Grisham is headed to Washington, D.C., this week to push the U.S. Department of Homeland Security for better communication and federal reimbursement as New Mexico deals with an influx of families seeking asylum.”

“She has a meeting scheduled with acting Homeland Security Secretary Kevin McAleenan and will meet with other federal officials.”

That’s the political way of saying she went to DC with her hat in her hand asking for alms. While the governor was hoping that DHS was feeling charitable, New Mexico Republicans weren’t feeling that way. New Mexico GOP Chairman Steve Pearce told KOAT TV.

“She declares there’s no crisis. She removes the National Guard, and now she’s there asking for money.”

“Everything in her actions indicate that she believes there’s a crisis, but yet she will not dedicate the resources or request to her colleagues in Congress to start passing the laws that will change the situation there. The border communities are going to continue to be overrun.”

Before the feds agree to give her money, they should tell her to make a public declaration that there is a crisis at our southern border.