To Drain the Swamp And Defeat the Left: Pull Your Kids Out of Public Schools 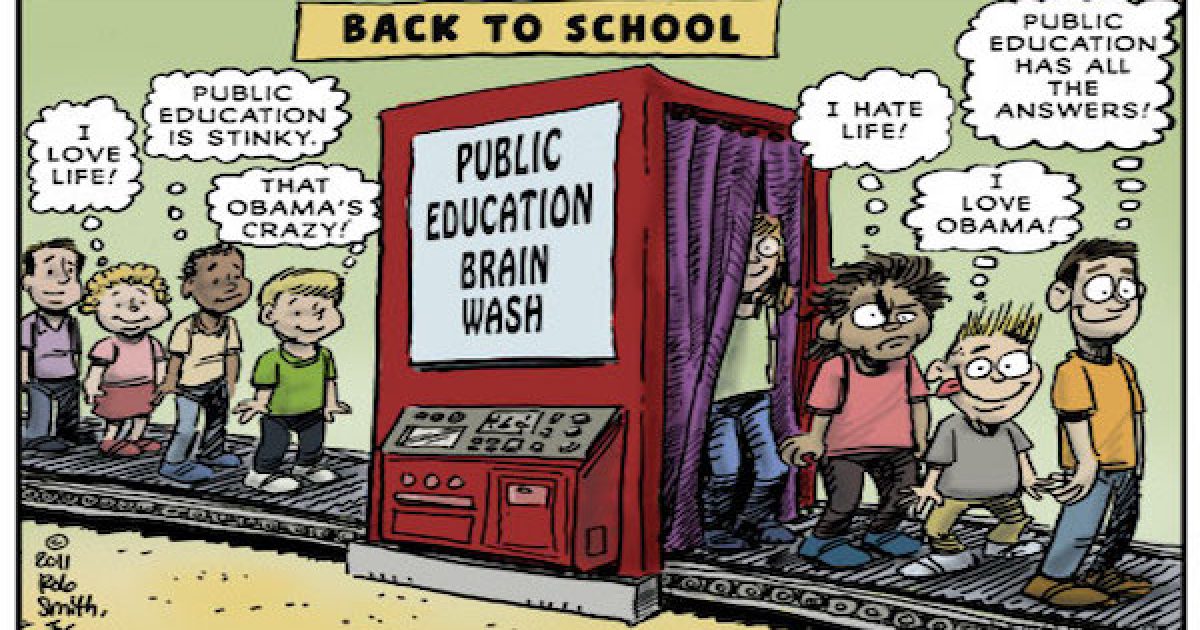 Starve a fire of fuel and oxygen, and the fire will go out. Starve cancer cells of what they need to grow, and you will eliminate the cancer. Starve the State by taking your kids out of public schools so they can’t indoctrinate them.

The State feeds on people. It needs people to function, to survive. The money the State spends comes from people. The State has educated most of the Judges, teachers, reporters, and journalists. Why are we surprised when they support the State?

Americans have a love affair with public education, mainly because they are not paying full price. It’s misplaced. You get what you don’t pay for.

Lowering taxes and cutting spending will not happen as long as we continue to feed the beast with our children. Both parties are intoxicated with power and the use of other people’s money to claim, use, and abuse that power.

The way to stop the madness is to prevent the supply of people educated by the State. We wouldn’t need everyone to yank their children out of the State indoctrination centers, although that would be the best of all possible worlds. If 20 or 30 percent did it, we would see a dramatic power shift take place in the United States. Parents would control what their children would be learning, and the State would lose a lot of its needed fuel. 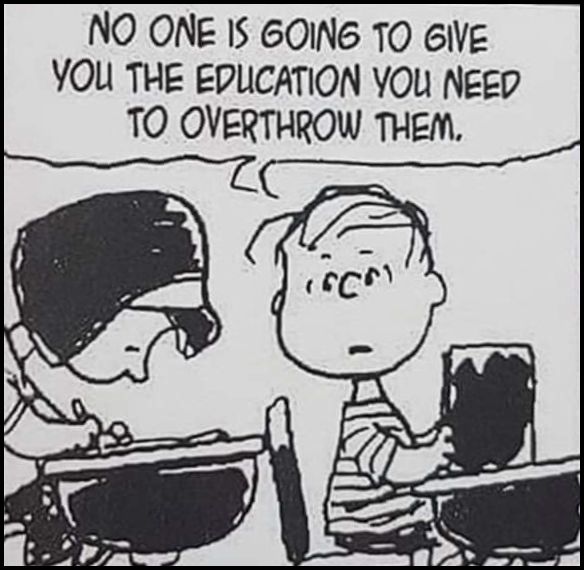 The tax base supporting public education would shrink as non-government school parents banded together to vote against taxpayer funding of public schools.

Liberals would be in a panic. They know that their ideas don’t have a rational or a historical foundation. They would no longer control the flow of information or the claim that government can do it better. Anti-Christian organizations that Americans United for Separation of Church and State and the Freedom From Religion Foundation would no longer be able to harass schools because the schools would not be tied to the government.

The results are in, children educated at home and in school settings where there is competition with other schools, do better. There are some reasons for this as a study reveals:

There’s another reason why starving the State by abandoning public schools is needed. Public schools are funded with confiscated money. Money taken from the “community” of property owners is to educate the collective for the interests of the State.

Conservatives railed against Melissa Harris-Perry’s comments about how children belong to the “community,” and yet a vast majority of people in the United States use the community’s money to educate their children in the community ideal. We say one thing but act against what we say we believe and against our best interests.

Children from a very early age are taught that it’s OK to take money from some people and give it to other people if the cause is a good one. That’s explained by example in the use of public (community) schools. Millennials believe they are entitled to “free education.” In fact, they are demanding it. And why not? They had “free education” K through 12. But it was never free. Someone is always paying for what’s said to be free. Free education is education by someone else’s labor. Both parties are enslaved as a result 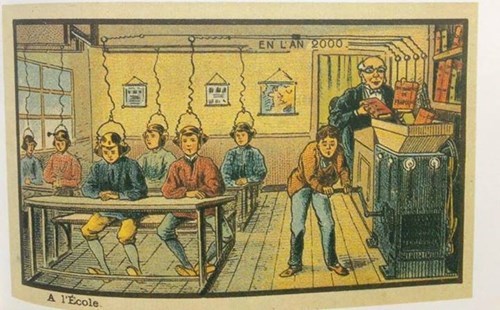 There are numerous options available, especially with homeschooling. Parents can purchase an out-of-the-box curriculum for every grade. The costs are minimal, and parents control the school day. What takes eight to ten hours for a government-education day (much of it wasted), a homeschooling family can do in four hours and accomplish more.

There are homeschool co-opts to help parents with courses in high-level math, science, music, and foreign language studies.

If parents took their anti-Statist worldview seriously, they would not be sending their children to the one institution that is determined to turn their children into soldiers for the State.

Why would anyone trust their children to an educational system that is opposed to a worldview that they believe and teach to their children and use stolen money to pay for it?

[Children] have been propagandized and given a philosophy that in many cases is contrary to Scripture and what we believe,” James Dobson said.

And it’s largely because of the anti-Christian influences of public schools, attended by many impressionable and unprepared Christian children for six hours a day, 180 days a year for 12 or 13 formative years.

When people hear someone say, “It’s free,” they always ask, “What’s the catch?” The catch is, the State owns your children.

Parents don’t need an election, referendum, or a new law passed. Radical transformation could happen in a year if parents took their children out of public schools. It’s there for the taking.