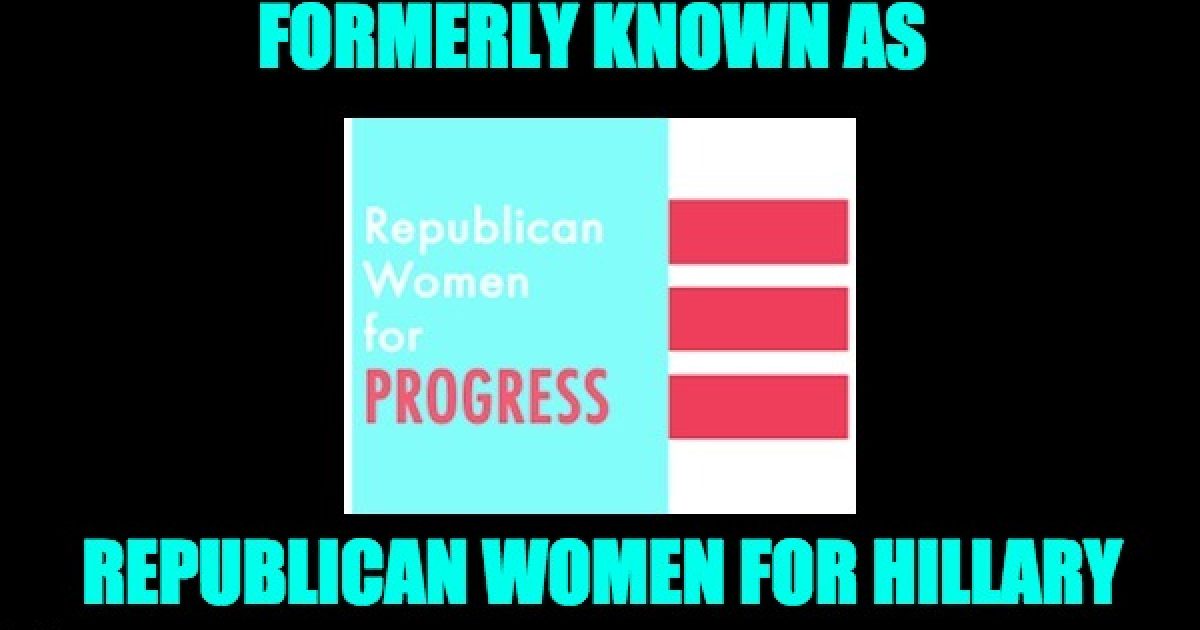 A group which started out as Republican Women for Hillary and that claims to be made of and for Republican women who hate Donald Trump has been outed as a vanity project funded by a billionaire Democrat who is a white man.

The group, called Republican Women for Progress, is a Washington, D.C.-based nonprofit purportedly founded by Jennifer Pierotti Lim and Meghan Milloy. However, the sole financial backer of the group is billionaire Democrat Reid Hoffman, a venture capitalist and the co-founder of LinkedIn.

According to the never-Trump group’s filings, Hoffman wrote a check for $400,000 in September.

So, who is this Hoffman? According to the Washington Free Beacon:

Hoffman has pushed millions into the coffers of Democratic committees and campaigns this cycle.

The venture capitalist additionally sent money to a number of Democratic candidates for the House of Representatives and the Massachusetts Republican Party.

This is the left-wing moneybags behind the “women” for progress… and a GOP women’s group, at that.

Why is he doing it? Why else but to help destroy the Trump administration and the Republican Party.

Jennifer Lim, the reported co-founder of this Democrat-backed group, tried to brush off the news that their sole backer is someone who any real Republican would consider an enemy. Besides any REAL Republican group would never have the word “progress’ in their name.

“In terms of the Reid Hoffman donation, even a male tech billionaire and major Democratic donor recognize the important role women should play in the Republican party,” Lim said. “We are pleased to have the support of donors across the ideological spectrum to ensure the voice of Republican women is heard across the country.””