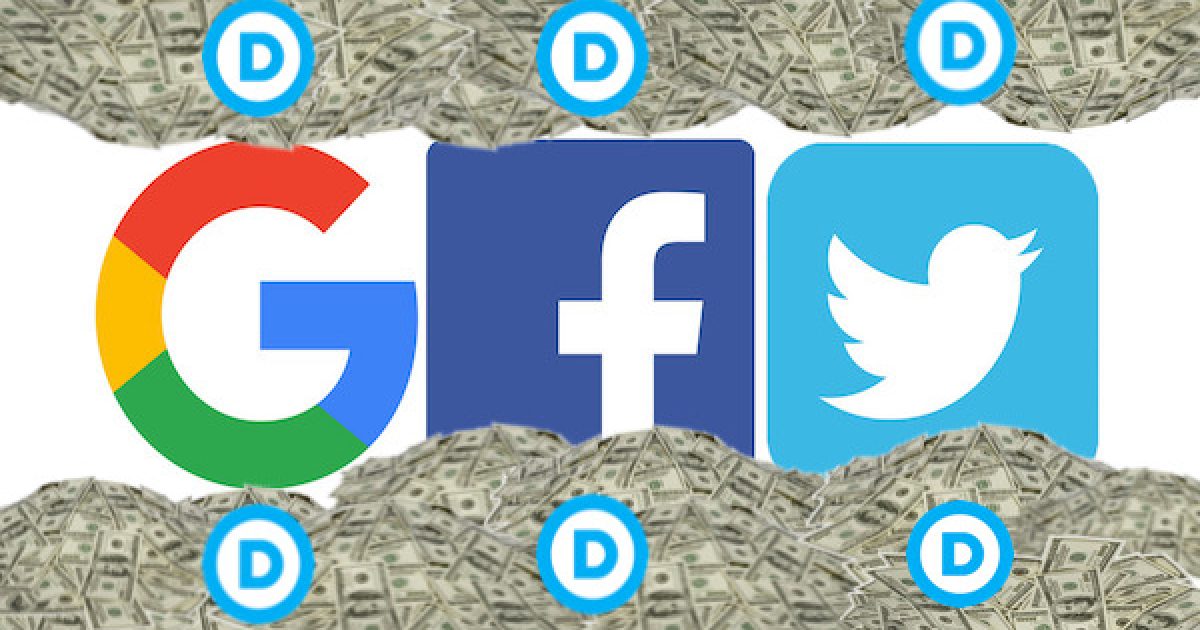 Just recently Facebook purged over eight hundred conservative accounts which include both pages and personal accounts. , two weeks earlier twitter banned ten conservative pages without telling them why (and I am sure there are other twitter examples). Many believe that the timing of the purges was not an accident. The liberal employees of those left-wing skewing social media platforms they wanted to silence conservative voices before the mid-term election.  Data from the Federal Election Commission (FEC) may provide proof the timing was not an accident at all.

Fox News compiled the FEC information and found “employees of the tech giants have given a total of $2.4 million to House and Senate candidates, according to Federal Election Commission filings. Of that, only $176,000 – less than 8 percent [7.3%]- went to Republicans.” These donations didn’t come from the companies themselves but the individuals who work for the companies—the ones who are making the decisions.

The corporate PAC also leaned to the left but nowhere near to the extent of the individual donations. The Facebook and Google PACS have given nearly $607,000 to Democrats in 2018 and $538,000 to Republicans.

Google employees have given more than their counterparts at Facebook and Twitter in terms of political contributions, $1.7 million, records show. Of that, they favored Democrats by a decisive margin. Only $117,000 went to Republicans.

Twitter employees have donated a total of $105,000 during the 2018 election cycle. None of that cash has gone to Republicans.

Google vice president Jason Spero told CNBC in May that his political activism has grown since Trump was elected.

“I’d never been as aware, awake and active as I have been since that November,” he said.

The station reported that at that moment Spero and other employees at Google and across Silicon Valley had their sights set on the 2018 midterms and flipping the House in favor of Democrats.

The only question is, did they kill Twitter and Facebook accounts to ensure voters only heard the liberal message in the weeks leading up to the midterms to help them flip the house? The staff donated $13.60 to the Democrats for every Dollar sent to the GOP. It sure seems like a reason to silence conservatives.