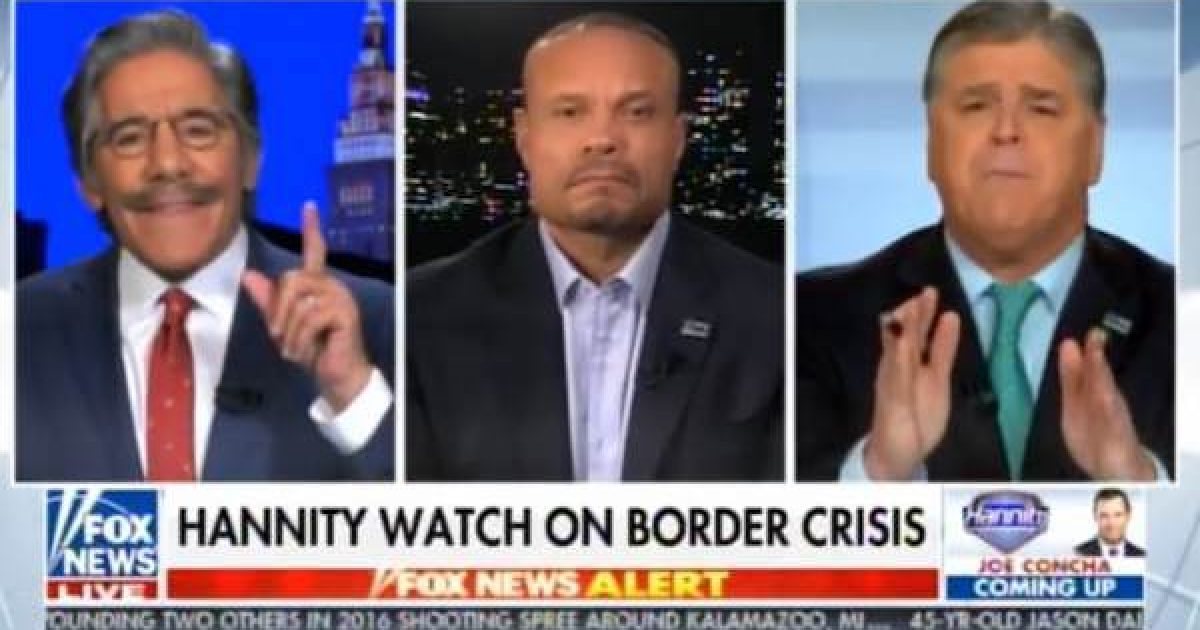 On the heels of President Donald Trump’s Tuesday evening border security speech, Geraldo Rivera went on Fox News and desperately tried to dismiss the thousands of Americans murdered by illegal aliens. He didn’t last long before getting a major smackdown from Dan Bongino.

On the Sean Hannity show, Rivera jumped to the support of the illegals and tried to claim that the illegals called Dreamers deserve to be protected.

Hannity brought up cases like the death of California police officer Ronil Singh and others, Rivera stuck back saying that bringing up cases like those is “grotesquely unfair” and “emotional.” He then accused Hannity of trying to turn the discussion into a “political argument.” Worse, he called these deaths of innocent Americans mere “anecdotes.”

But that is about when guest Dan Bongino could take Rivera’s nonsense no more.

“It’s really quite ironic that a Democrat would condemn someone for using an ’emotional” argument, considering that the Democrats have been ignoring facts for decades in favor of emotional arguments,” Bongino said.

Geraldo tried to spin the discussion away from the illegals’ criminality and attempted to raise sympathy for illegals who are exploited for cheap labor.

Bongino again jumped in reminding Rivera that the discussion is not about cheap labor but about innocent Americans being killed by illegals.

But Bongino also wondered why Geraldo — and by extension all liberals — want to stick up for lawbreakers instead of innocent Americans.

“Geraldo, what about people who are documented, like my wife, and my mother in law, who followed the law? Why are you so concerned about people who broke law, other than the millions who come here legally and the American citizens who finance this country?” Bongino asked, “Let me ask you this one question, ‘Is there some global right to citizenship in the United States?’”

Naturally, Geraldo had no logical answer.

Enjoy the video below: