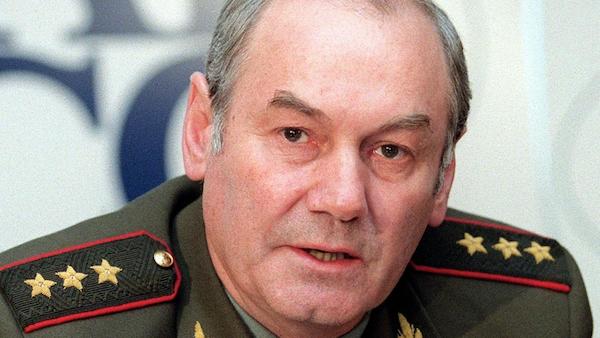 The White House ordered 3000 paratroopers to Poland, citing increased tensions with Russia. A report from PBS stated that Putin had already decided to invade Ukraine, something which the Pentagon denied, but said that the invasion could very well come during the Olympics. Russian General Leonid Ivashov (Ret) leads a group of retired officers who publicly object to Putin’s coming action.

“[W]e demand to abandon the criminal policy of provoking a war in which the Russian Federation will find itself alone against the united forces of the West … and resign,” wrote Ivashov, who retired in 2001 and has written extensively since about Russian military and international affairs.

The 3000 Paratroopers from the 82nd Airborne Division will join the 3000 other troops already staged in Poland, Germany, and Romania. The State Department has been making calls to the 30,000 or so Americans in Ukraine, urging them to vacate the country within the next 24-48- hours (Fox update). Meanwhile, Biden held a call with Putin Saturday morning.

Per the White House readout of the call:

President Joseph R. Biden, Jr. spoke today with President Vladimir Putin of Russia about Russia’s escalating military buildup on the borders of Ukraine. President Biden was clear that, if Russia undertakes a further invasion of Ukraine, the United States together with our Allies and partners will respond decisively and impose swift and severe costs on Russia. President Biden reiterated that a further Russian invasion of Ukraine would produce widespread human suffering and diminish Russia’s standing. President Biden was clear with President Putin that while the United States remains prepared to engage in diplomacy, in full coordination with our Allies and partners, we are equally prepared for other scenarios.

And where was that call made from?

So given the fast-moving developments on the Ukraine border and a possible imminent Russian invasion, one would suspect the president will be staying at the White House and the Situation Room. Nope. Still heading to Camp David.

Joint Chiefs of Staff Chairman Gen Milley held a phone call with his counterpart Chief of Russian General Staff Gen. Valery Gerasimov. According to the statement by the Joint Chiefs of Staff Public Affairs office, the two “discussed several security-related issues of concern. Following past practice, both have agreed to keep the specific details of their conversation private.”

If a call like this was made during the Trump Administration a full transcript would have been on the front page of the Washington Post within a half-hour. 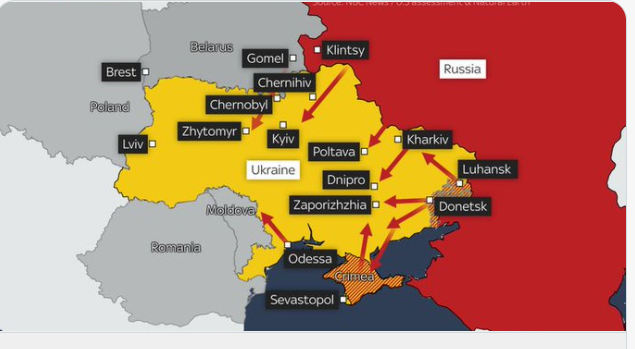 Is Biden’s movement of paratroopers and soldiers a distraction to pull our attention from Bidenflation, record-high illegal immigration, and continuing tyrannical actions which may cause a massive truckers’ convoy is scheduled to be headed to DC the first week of March? Biden calls Putin from Camp David instead of the White House situation room. That’s telling. People are beginning to rebel, and Biden can’t have that, so the war talk is upgraded. Their pushing could very well cause Putin to at least do that “minor incursion.”

But some of Putin’s own are beginning to object, and the person leading the objections is a retired hawkish general known to be a hardline nationalist who still champions the Soviet system and is close to the remains of the Communist party.

General Leonid Ivashov (above) is the chairman of the organization responsible for the letter, The All-Russian Officers’ Assembly, an organization of reserve and retired officers. The letter says in part:

“Naturally, in order for Ukraine to remain a friendly neighbor for Russia, it was necessary for it to demonstrate the attractiveness of the Russian model of the state and the system of power,” writes Ivashov. He also notes that the vast majority of the world’s states do not recognize the annexed Crimea and Sevastopol as Russian, which “convincingly shows the failure of Russian foreign policy, and the unattractiveness of the domestic one.”

According to the general, the use of military force against Ukraine, “firstly, will call into question the existence of Russia itself as a state; secondly, it will forever make Russians and Ukrainians mortal enemies.” Ivashov also fears that NATO countries, in particular Turkey, will enter the conflict. “Besides, Russia will definitely be included in the category of countries that threaten peace and international security, will be subject to the heaviest sanctions, will turn into a pariah of the world community, and will probably be deprived of the status of an independent state,” the general believes. He believes that Russia “provokes tension on the brink of war” to distract the population from internal problems. The appeal contains a demand for the president to “renounce the criminal policy of provoking war.”

The Russian troop movements show the possibility but not the finality of a potential invasion. Putin wants some guarantees that Ukraine will not join NATO. While most countries in the NATO alliance have no desire to invite Ukraine to join, they won’t allow Putin to make their decisions. If they let Putin boss them around once, he will continue to boss them around and destroy the alliance.

I’m sure Sullivan will discuss this at the briefing, but all of the indicators for an imminent invasion are there. Here’s what appears to be a Russian field hospital just across the Ukrainian border in Belarus. pic.twitter.com/ThH5wKadnJ