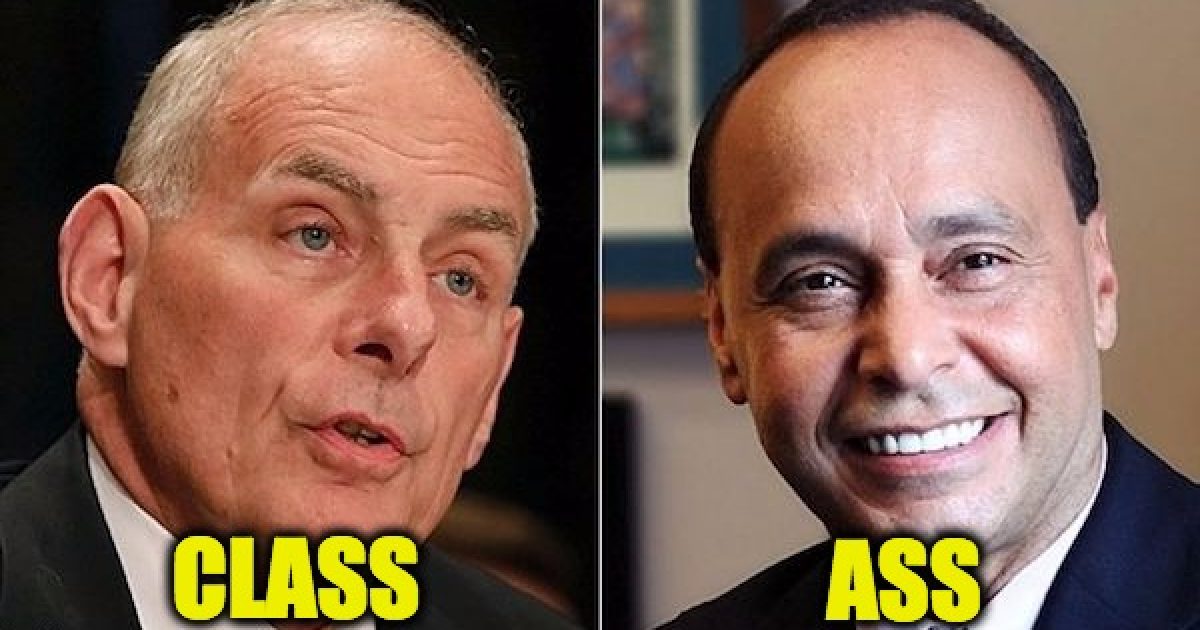 After A.G. Sessions announced the President’s decision to cancel his predecessor’s unconstitutional DACA order, Gutierrez struck out at Kelly who supported a DACA-type program when he ran Homeland Security.   Gutierrez said the general  “is a hypocrite who is a disgrace to the uniform he used to wear. He has no honor and should be drummed out of the White House along with the white supremacists…”

In an email to Fox News, Kelly responded to the Congressman’s attack by saying Congress did “nothing” to help so-called Dreamers when they had the chance.

“As far as the congressman and other irresponsible members of Congress are concerned, they have the luxury of saying what they want as they do nothing and have almost no responsibility,” Kelly said. “They can call people liars but it would be inappropriate for me to say the same thing back at them.  As my blessed mother used to say ‘empty barrels make the most noise.’”

(…) “Every DOJ and DHS lawyer says DACA is unconstitutional.  Every other legal scholar – right and left – says the same thing.  Trump didn’t end DACA, the law did.  That said, I worked and succeeded to give the congress another six months to do something.  I am not confident,” he said.

He concluded, “The congressman has a right to his opinion.”

Gutierrez’s outburst displays the fact that he has absolutely no conception of honor. John Kelly served with distinction over 35 years in the Marines seeing action in both Iraq wars. His Marine assignments included commanding Marines in the invasion of Iraq and in two bloody operational tours fighting al Qaeda in Iraq’s Anbar province, and after he returned to the U.S., as chief military assistant to the Secretary of Defense.

Kelly’s two sons followed him into the marines but in 2010 the General and his wife Karen suffered the worst tragedy any parent can bear. His son Robert was killed in action in Afghanistan’s Helmand province while leading Marines in offensive operations against the Taliban.

While General Kelly was risking his life to protect people like Luis Gutierrez, the Illinois Democrat was a social activist and a cab driver before he entered the slimy world of “Chicago politics,” and eventually landing in the House of Representatives.

It is not that Gutierrez’s chosen profession lacks honor, there are many honorable cab drivers and politicians. However, the congressman’s anti-Kelly rant shows he personally lacks honor. His attack on a man who spent much of his life in the military essentially protecting the congressman and his family as well as the families of all Americans displays the Congressman has no idea what honor is. I would say he is a disgrace to Chicago politics, but that would be redundant.

On the other hand, General Kelly’s response to the acerbic congressman is a reflection of the class and honor he has shown during most of the past five decades as he served his country both in the battle field and in the government.