Govt. Violates Judge’s Order in General Flynn Case Despite His 2 Years of Cooperation 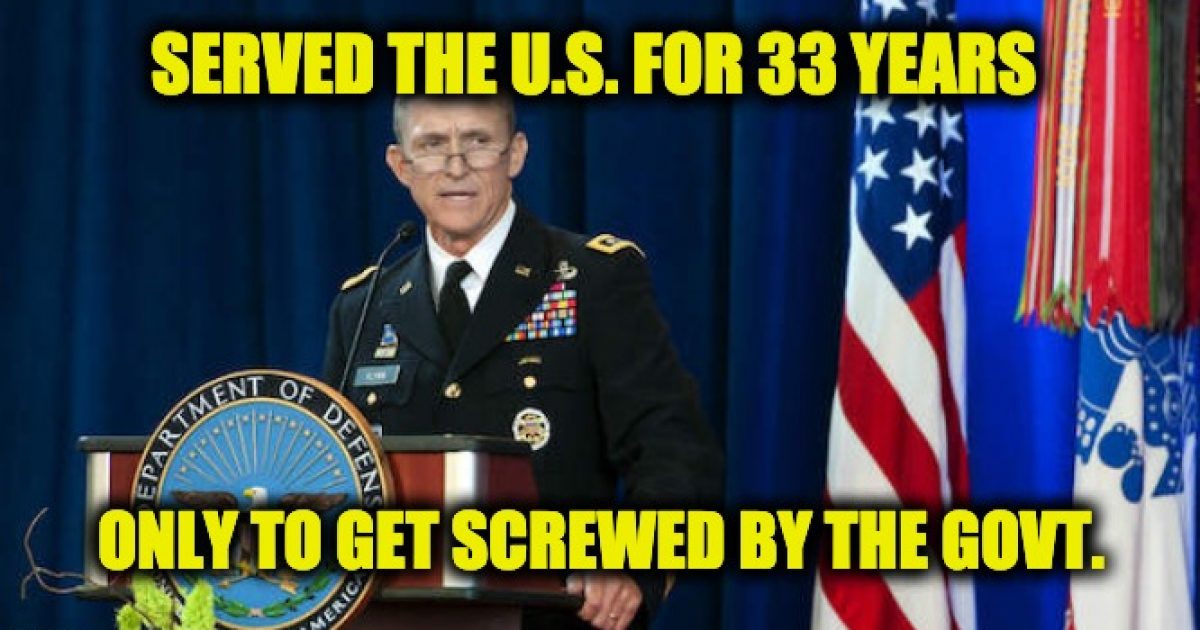 One of the cases involved in the prosecution of General Michael Flynn has returned a verdict of guilty on Tuesday, but in so doing the government violated Judge Emmet Sullivan’s orders for General Flynn’s cooperation despite that he has fully cooperated for two years.

Federal prosecutors seem to have suddenly decided that Flynn’s testimony ordered by Judge Sullivan would not be beneficial to their case which prevented Flynn from bringing the truth to the court of law as planned.

Apparently, the government did not want to use Flynn’s testimony effectively defecating all over judge Sullivan’s order that they do so.

On Tuesday, a federal jury convicted Bijan Rafiekian, Gen. Flynn’s former business partner, on a pair of foreign-agent felony charges connected to work the two did for Turkey during the tail of President Donald Trump’s 2016 campaign for president. Flynn would later go on to serve as President Trump’s national security adviser.

The 67-year-old Rafiekian was convicted for being an unregistered foreign agent in the U.S., and conspiracy to violate the law. He was also charged with making false statements to the Department of Justice. Rafiekian was convicted despite the fact that the fact government prosecutors could not prove that Turkey funded the project at the center of the government’s case, according to the Washington Post.

Rafiekian faces up to a 15-year prison sentence on two felony counts.

But the decision in the Alexandria courtroom shocked Flynn’s attorney, Sidney Powell. On Tuesday afternoon, Powell uncharacteristically took to Twitter to voice her concerns over the actions of the government in the Rafiekian case.

“A jury in Alexandria just returned verdicts of guilty against Mr. Rafiekian for ‘conspiracy & acting as an unregistered agent of Turkey,’” Powell tweeted. “We note: General Flynn has cooperated with the government for two years. Obviously, they did not need his testimony to get a conviction.”

“Significantly, the judge never even found enough evidence of a conspiracy to admit coconspirator hearsay,” she added. “I remain very concerned about the government’s abuse of power and over-criminalization of innocent business conduct. No one understood the statute, and Covington lawyer who did the #FARA filing with substantial coordination with the #DOJ–described the area of the law as ‘murky.’”

“The government could not articulate the elements of the offense, nor did it have any evidence to support its own definition of what was ‘material,’” she said, added, “General Flynn fulfilled his cooperation agreement with the government.”

Powell concluded asserting that the case against Flynn’s former business partner is bound to be overturned. “This case is ripe for reversal by the district court or on appeal. It will not withstand scrutiny,” she said.

2. Significantly, the judge never even found enough evidence of a conspiracy to admit coconspirator hearsay. I remain very concerned about the government's abuse of power and over- criminalization of innocent business conduct. No one understood the statute, and Covington lawyer-

4. This case is ripe for reversal by the district court or on appeal. It will not withstand scrutiny.

In any event, General Flynn fulfilled his cooperation agreement with the government." pic.twitter.com/RpZL4hl3lZ

The government’s breach of the agreement was already telegraphed to Judge Sullivan.

Sullivan even ordered prosecutors to explain just what they were doing by their planned nixing of any testimony from the General, liberal blog Talking Points Memo reported. Sullivan had agreed to delay sentencing in Flynn’s trial so that he could testify at the Rafiekian trial, but with the government’s about-face on Flynn’s testimony, Judge Sullivan was left with pressing questions.